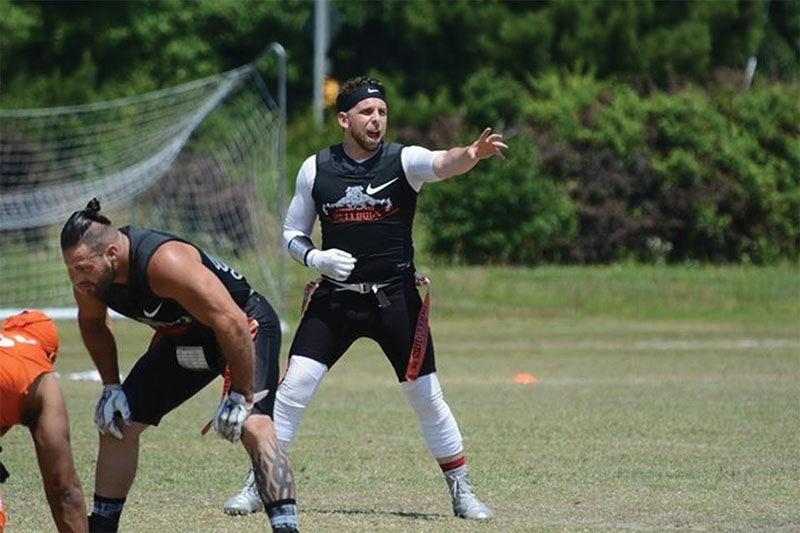 Flag football’s popularity has been on the rise, with leagues and circuits opening throughout the country. One of the hotspots of the sport right now is Long Island, and one team from the area has been so dominant it has made a name for itself on a national stage.

“We really crushed the competition on the island,” said Alfieri. “We started taking our talents across the country in all different types of circuits. When we played in a circuit, other teams’ players would see what type of talent we had, it was easy for Chris to take them off their team and bring them on ours.”

The team is used to playing as a five-man team, but have expanded to playing nine-man starting around early 2017. The team is among the top-ranked nine-man clubs in the country, ranking third on the United States Flag & Touch Football League (USFTL) standings as of July 18, and have won three tournaments. They still participate in five-man circuits as well, recently winning a national tournament as a five-man team in January.

Alfieri, a LIFFL Hall of Fame inductee, has been the star of the team, winning the 2017 USA Flag Football America Player of the Year. He had never played a down of football in high school and college but played basketball. 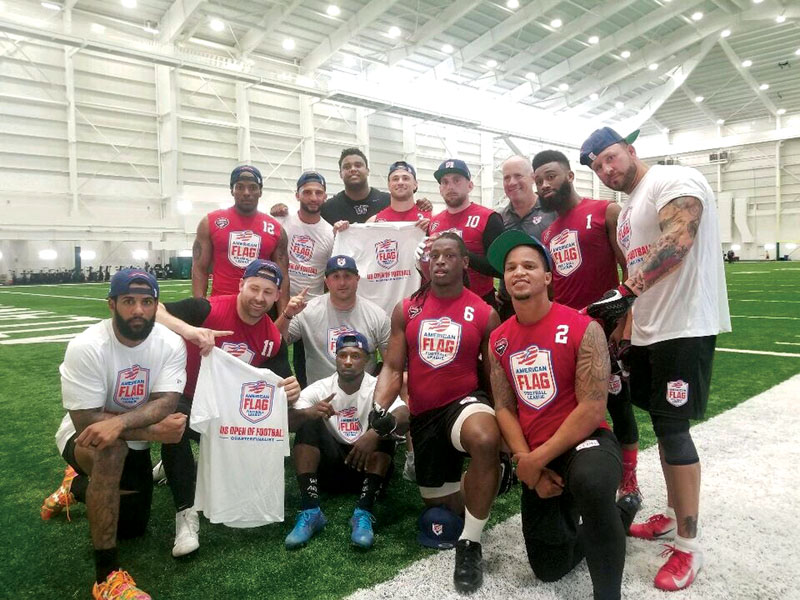 Their success earned them a spot in the 130-team, seven-man tournament of the American Flag Football League, which was sponsored by the NFL. The teams would be vying for a shot to play a team of former NFL players for $1 million. However, the Bulldogs almost didn’t make the cut.

“They weren’t going to open the invite to the New York regional bracket until someone at the league said there’s some teams in it that could make it far,” said Alfieri. “They invited us and another team [Code Red] that ended up making it to the final four. We knew we were going to be in the mix.”

The Strong Island Bulldogs played their first two games in New York from May 11-13. They beat both teams by a combined score of 70-18. In round 32, which took place at the New York Jets practice facility in New Jersey, the Bulldogs took down the “Texas Outlaws,” followed by “Choppin’” in the Final 16 with an equally impressive combined score of 58-19.
“We don’t play seven-man, so when the AFFL comes out with a whole new format and brand new rules, we’re not used to it,” said Alfieri. “We didn’t know if we could play. But we made it to the final eight.”

They went on to face “Fighting Cancer,” a New Orleans-based team that were heavily favored to win. The game was broadcasted on NFL Network, which meant the largest audience the Bulldogs ever played in front of. Alfieri still had faith that his team could pull off the upset.

“I really thought [we had a chance],” said Alfieri. “We watched video on them. That’s the first time I played on that type of stage. So, me being the quarterback, it was just a different type of mentality and a lot of our players were overly hyped for that game.”

The Bulldogs put up a fight, holding the high-powered offense of Fighting Cancer to only 18 points. However, the Bulldogs couldn’t climb out of the early deficit and lost the game 18-6.

“We still think we’re the third-best team in the country behind Fighting Cancer and The Money Team, who [played in the amateur final],” said Alfieri. “What I’m working on now is working with the guys I haven’t played a lot with. I want to work on route-running with them. I hired a speed and agility coach because this thing is going to blow up and I want to make sure I’m ready for it.”

Alfieri is prepared for what next year will bring, as the AFFL plans a second tournament and has invited the Bulldogs and others who made it far a chance to come back and make a run to the top of flag football’s newest, biggest stage.