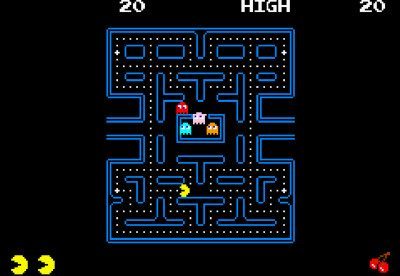 One of the coolest exhibits around is The Arcade Age, which is currently being featured at Garden City’s Cradle of Aviation through April 3. In it, visitors will not only learn about the history of arcade games and arcade culture, but they’ll also be able to try their hand at playing more than 50 working consoles of favorite games including the various Pac-Mans (original, Super and Ms.), Galaga, Space Invaders, Donkey Kong and more. Cradle of Aviation Director of Special Events Seamus Keane, (who also curated the Arcade Exhibit), shares what the five most popular games are at the museum and why.


“It introduced us to Nintendo’s flagship character Mario, and the significance of Donkey Kong has become very relevant in pop culture once again with the King of Kong tournament as well as documentary.”

“It is the single most popular game of all time, and Pac-Man was designed to get women into the video arcade scene.”

“It’s the game that started the pop culture craze of video gaming in the first place.”

“Star Wars is always relevant and with the release of Episode 7, it is a hot item once again. It is a very rare cabinet to have in complete restored condition and is from the Richie Knucklez collection. He is also the world record holder in several games, most notably Space Invaders.”

“It started the fighting game genre and basically kicked off an arcade renaissance in the early ‘90s. It also gave birth to competitive gaming (one on one) that is still felt today.”

For more information about The Arcade Age, visit www.cradleofaviation.org/ArcadeHistory.

To read a full feature on The Arcade Age, see Rise Of The Machines.