Levittown lucks out this weekend, becoming the first Long Island town to get a Firehouse Subs outlet as the national chain debuts locally at 3359A Hempstead Turnpike on Saturday.

Founded by former firefighting brothers, the chain restaurant’s firehouse décor is inspired by the founding family’s decades of fire and police service. The newest location is decorated with memorabilia from the Levittown Fire Department, including bunker gear, hoses, axes and an array of photos. A custom, hand-painted mural pays tribute to past and present hometown heroes with a depiction of two Levittown Fire Department fire trucks, one antique in black and white and a current engine in color with firefighters rescuing a family from a house fire.

Locals Chuck Prentis and Jonathan Osmun are the new franchise’s owners, excited to bring Firehouse Subs flavor and ethic to Levittown. Osmun, who owns North Shore Tobacco in Great Neck, brings the retail expertise while Prentis, with decades of experience as a chef, will rule in the kitchen. A third partner, general contractor Peter Saros, built out the restaurant. Osmun says the partners scouted and submitted more than 30 possible locations to headquarters, which identified Levittown as “the spot” according to Osmun.

“It’s a phenomenal location,” he says, citing access, parking and demographics. “I’m extremely excited. This is a big big brand that nobody knows about here.” 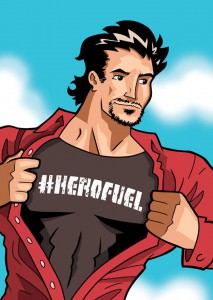 Since first opening in 1994, Firehouse, headquartered in Fla., now operates more than 800 restaurants in 42 states, serving premium meats and cheeses steamed piping hot and piled high on toasted sub rolls, and enhanced with the full array of fresh produce and condiments. In 2014, Firehouse Subs was ranked No. 1 fast casual chain by Restaurant Business Magazine and No. 1 consumer choice for pleasant and friendly service by Technomic’s 2014 Chain Restaurant Consumers’ Choice Awards.

Not surprisingly, given the pedigree, hot sauce is more than just on the menu: there are more than 50 different flavors of complimentary hot sauce to choose from. Unique to Firehouse is Captain Sorensen’s Datil Pepper Hot Sauce, named in honor of the founders’ father, Rob Sorensen, a 43-year retired fire captain. The sauce has a spicy-sweet flavor from the datil pepper, which is similar but slightly sweeter than a habanero.

The company also supports firefighters through its Firehouse Subs Public Safety Foundation, created in 2005 with the mission of providing funding, life-saving equipment, and educational opportunities to first responders and public safety organizations. Many first responders make do with older equipment and have limited or no access to needed resources, and Firehouse Subs’ foundation has given $11 million to hometown heroes in the U.S., including more than $68,950 in New York, to close those gaps. 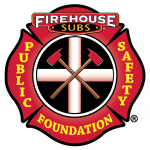 Local fundraising initiatives include recycling empty five-gallon pickle buckets and selling them to guests for $2 each, a Round Up Program allowing guests to “round up” their bill to the nearest dollar, and spare change donation canisters. During October, Firehouse Subs hopes to raise $500,000 for its Public Safety Foundation.
The restaurant is open seven days a week from 10 a.m. – 9 p.m.