If you are looking to believe in fairytales again, head to Broadway and start dreaming with Finding Neverland, the story of how Peter Pan came to life in the heart and mind of J.M. Barrie.

Kevin Kern (J.M. Barrie), puts on an almost believable Scottish accent, but nevertheless is a passionate performer. His chemistry with Courtney Balan who plays widow Sylvia Llewelyn Davies was good, but not nearly as strong and endearing as it was with Llewelyn Davies’ four children (George, Michael, Jack and Peter), who impressed the audience with their high caliber acting. Broadway has found its next generation of stars in those boys.

Broadway costumes never fail to disappoint and neither does the scenery, which looked like it was torn out of a coloring book, decorated beautifully with water colors and images of London, especially Kensington Gardens, where Barrie spends most of his time with the Llewelyn Davies family, one of whom inspired Peter Pan, as that is where Barrie’s imagination comes to life again. Today in Kensington Gardens is a statue of the boy who would not grow up.

The play has many comical asides for both children and adults alike, which is why the story appeals to everyone’s inner child.

“To have faith is to have wings,” Sylvia says to Barrie, when he is struggling to come up with a new work of art, a phrase that resonates with many people who doubt themselves.

“You’re a writer, you make up stories. That’s not particularly grown up,” Peter, the realist, tells Barrie. Upon seeing this mindset in the young boy, Barrie tries to help Peter find his imagination.

The show does well in exploring how to foster the imagination through inspiration. At one point, Barrie gives Peter an empty notebook as he may want to become a writer, and there is no greater gift to an aspiring writer than an empty notebook.

Sylvia’s performance of “All That Matters,” is one of the most beautiful and touching songs I have heard. Barrie falls in love with Sylvia, although their time together is cut short when she falls ill. At the end, with a burst of pixie dust, she flies off to Neverland. 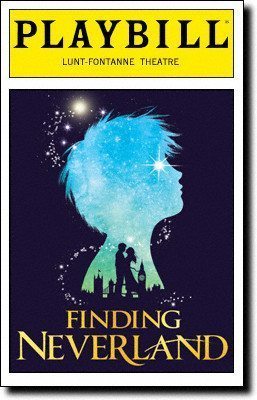 The play also renews the youth and hope in people and sparks the desire to dream with a little faith, trust and pixie dust. Fairies, enchanted lands, starry skies, pirate fights, it’s all in Neverland just as it was preluded by Wonderland and followed by Narnia and Hogwarts.
Barrie changed the lives of the Llewelyn Davies family and they in turn gave him the courage to believe and imagine.

Captain Hook serves as Barrie’s conscience, whom he later makes his villain, and tells him “don’t live by the book, live by the hook.” The ship scene on the ocean is the last scene before Act II, where Hook is haunting Barrie’s dreams and tells him to realize what he wants out of life. It is a physically demanding scene, symbolizing Barrie’s rebirth as a stronger person.

Finding Neverland illuminates your heart, makes you believe in feeling full and whole and gives you a reason to live life. Just take the second star to the right, straight on ‘til morning.