They’ve been called the invisible veterans. It seems like an unlikely title for female veterans, who make up 10 percent of the United States’ veteran population. And though they go through similar training and combat experiences as their male counterparts do, their physical and emotional scars are rarely treated for the same way.

The gap in services for female veterans is apparent to Sylinthia Burges, a veterans service officer with Nassau County who has seen hundreds of veterans come through her door.

Burges’ burden for female veterans led her to create Women In The Military, a nonprofit organization that not only connects female veterans with crucial resources, but with each other as well.

“There’s such a disparity that it drove me to the point where I started the nonprofit,” Burges said. “I got tired of seeing women in my office crying and there was nothing I could do.”

The veteran population is one that Burges is extremely familiar with. Her father was a Vietnam veteran, and she had six uncles who also served in the military. Those influences made for a very disciplined, regimented childhood, practices that carried over into her young adult life as she joined the Army after high school.

She served in active duty for three and a half years, leaving a few months before her four-year contract ended after marrying her husband, an Airborne Ranger who served more than 15 years. 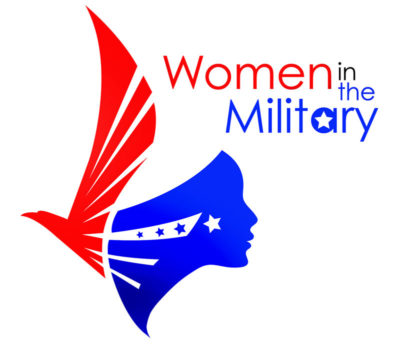 Burges’ life experiences have given her a unique advantage when it comes to helping other veterans; as a veteran herself, she is not only able to connect with the population she serves, but their children and spouses as well. When clients come to Burges in her role as a veterans service officer, they’re usually filing for disability and other issues, such as marital problems, family issues, PTSD or physical ailments, will arise.

Sometimes that advice is directed towards a veterans, while other times it goes towards a military spouse or parent.

“I tend to see a lot of wives and mothers come through my office after dealing with veterans, because they don’t know how to understand,” said Burges. “As a veteran myself, and wife of a combat vet and daughter of a combat vet, these are blessings I have in being able to counsel.”

Female veterans have different needs than their male counterparts, said Burges. In addition to PTSD, the U.S. Department of Veterans Affairs notes that one in five female veterans have experienced sexual trauma in the military. Female veterans also need support and comradery, a need Burges is trying to meet by hosting events and peer support groups.

In addition to a gap in services, there’s also a huge disparity. Burges cited housing programs that charge males $125, while costing a female $800. Usually the population is working and have children, but make too much money for financial help or services from the Department of Social Services or the VA.

“We don’t get the recognition we need or the support,” said Burges. “When people think about veterans, they don’t think about the new veterans. The new veteran is the female going to school, taking care of her kids and living in somebody’s basement or car.”

Burges estimates that there are currently at least 50 or more female veterans in temporary or transitional housing or shelters in Nassau County. Through Women In The Military, Burges is trying to raise funding to buy a home for female veterans who need a transitional place to call home. Her goal is to have four to six families live in the house, paying rent based on their income level and saving up so they can move onto the next phase of life.

“It’s hard, trying to get people to see the need and come alongside me,” said Burges, noting that raising financial support and assistance has been extremely difficult. “I want to bring visibility to the fact that females are veterans too. The reality is when you’re on active duty, a soldier has no gender. When you become a veteran, females are the most unrecognized veterans there is, but we need the greatest help because we’re bringing in the next generation.”

For more information on Women In The Military, visit www.womeninthemilitary.net or call 516-800-1000.