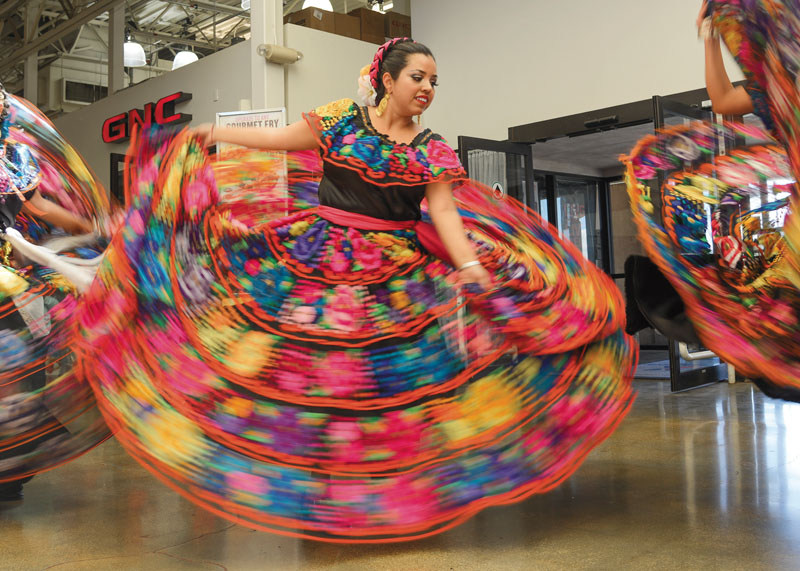 Deeply rich cultural celebrations burst forth during Hispanic Heritage Month, a national, festive observance of all things Hispanic from Sept. 15 through Oct. 15.

During the month-long celebration, the country recognizes the contributions made by Hispanic and Latino Americans to the U.S., while the Hispanic population honors its heritage and culture.

Hispanic Heritage Month’s roots go back to 1968, when it began under President Lyndon Johnson before being expanded by President Ronald Reagan in 1988 to cover a 30-day period. The date of Sept. 15 was chosen to commemorate the anniversary of independence of five Latin American countries: Costa Rica, El Salvador, Guatemala, Honduras and Nicaragua. Other countries celebrating their liberation during this time span are Mexico (Sept. 16, not May 5), Chile (Sept. 18) and Belize (Sept. 21). It also includes Columbus Day (Oct. 12 aka Dia de La Raza).

Historically, Hispanics have left a centuries-old imprint on the fabric of the United States, easily predating the Revolutionary War.

Texas was a Spanish province that, while under control of the French, Spanish, Mexicans and eventually the United States, has always proudly retained its Hispanic heritage be it in the states’ food, music or culture. And let us not forget the fortress of St. Augustine, FL, the first continuous European settlement in North America, founded in 1565, 42 years before the English landed in Jamestown, VA.

While Hispanics share a common language, they are not a monolithic culture with dialects, traditions and music varying from country to country. There is no denying the contributions they’ve made to American culture, be it in politics, sports, art, music and media. What all Hispanics do have in common is, similar to other groups, they have come to the United States seeking faith, family, hard work and love of country while still proudly embracing their own traditions and culture.

Although stores are struggling to keep their shelves filled with groceries due to the high demand from customers, which are are stock piling due...
Read more

The Long Island Aquarium is soliciting donations via GoFundMe to assist them during the coronavirus pandemic. The aquarium is currently closed to the public per...
Read more

Sports have always been held in high regard in Chicago. It is one of only 10 U.S. cities to have teams from all five...
Read more