Andre “The Bull” Harrison, Long Island native and mixed martial artist of the Professional Fighters League, will be fighting at Nassau Coliseum to kick off the start of the PFL’s new season. The featherweight fighter will look to get his first belt in the league.

“It feels great, man,” said Harrison. “Last time we fought there, it was surreal. To have all those people come out in support and witness you doing something you love and work so hard for, it really is a blessing. You feel special.”

Harrison grew up in Freeport, learning how to wrestle as a teen. He began in middle school and kept wrestling through his time at Nassau Community College. He earned a scholarship to wrestle at Fort Hays State University in Kansas, which coincidentally led to his first experience with the MMA.

“One of my teammates over there held an amateur title in Colorado Springs,” said Harrison. “We started training together and before you know it, I had my first fight.”

That tournament ended up being the start of an incredible run for Harrison, who won six straight matches to win his first-ever belt. It was after that tournament that he realized he wanted to go pro.

“When I was in college, as I was fighting at the amateur level, I found a love for it,” said Harrison. “I knew if I was going to do it, I needed to put my all into it. You can’t half step it. The first thing was that I needed to find the right gym.”

At first, he went to Team Wildman in Denver, CO, to try to train. He realized it wasn’t a good fit for him, so he returned to the island and decided to join Bellmore Kickboxing.

“The chemistry was great since day one,” said Harrison. “They looked into my amateur fights and they told me that it was pretty much pro rules, except the only difference was that we were doing three-minute instead of five-minute rounds. For me, turning pro was not a matter of being used to certain strengths, it was a matter of conditioning. So, once I was in shape, they booked me on Ring of Combat and the rest was history.”

Harrison had his first pro fight in November 2011, when he defeated Alex Davydov by unanimous decision. He would go on to be undefeated after two years of fighting, winning the Ring of Combat Featherweight Championship in June 2013. In 2014, he joined Titan FC, where he continued his dominant run. He beat Kurt Holobaugh to win the Titan FC Featherweight Championship and proceeded to hold on to the belt through four straight matches until he left the organization in late 2016.

“Being in Titan FC gave me my first experience in five-round bouts, which was a game changer in and of itself,” said Harrison. “I fought a lot of tough competition there as well.”

From there, Harrison would join the World Series of Fighting, winning his first match and earning the featherweight championship belt in his second match, defeating Lance Palmer. In the spring of 2017, the WSOF became the PFL, which is one of the few fighting leagues that has a regular season and a playoff like most other sports. At the end of the season, champions are awarded $1 million.

“I was like ‘whoa, whoa, whoa, $1 million?,” said Harrison. “When I was told about [the league], it was just all-around excitement. I couldn’t sleep that night. It was crazy.”

In the first season of the PFL in 2018, Harrison won four straight matches, including one match at Nassau Coliseum, extending his winning streak to 20. Unfortunately, he experienced his first loss when he got to the featherweight semifinal, losing to Palmer.

“There are certain things I did wrong in that fight,” said Harrison. “Not cutting angles and things of that nature. But you know, I’ve been working on my overall game. I don’t think in any competition, period, you can stay stagnant. You are going to be growing in one way or the other, either getting better or getting worse. I’m just working on getting better overall.” 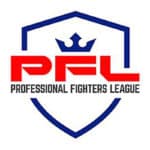 Harrison will start his revenge campaign this season, opening up May 23 at Nassau Coliseum against Brazilian Freddy Assuncao.

Of course, his goal is going to be to win it all.

“Up until last season, I’ve been able to collect a belt in every promotion I’ve been in, from my amateur career all the way up to my pro career,” said Harrison. “I have every belt, but the PFL belt, so I look forward to collecting that belt this year.”