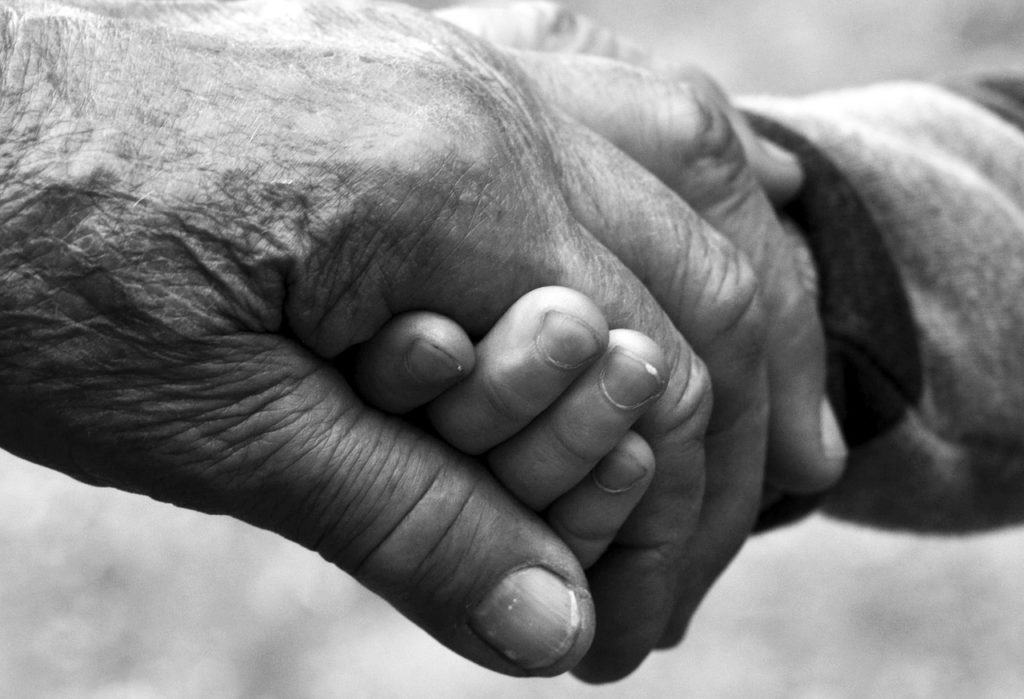 My uncle died on May 18. He was 96 and my father’s youngest brother. I was close to him my whole life. Although his English name was Albert, he was known as Bummie (pronounced boom-ee).

The derivation of that name is the Yiddish name for Abraham—Avrum—which means “father of many.” As a child, when his mom called him home from the streets of Newark, NJ, she would holler, “Avrum, Avrumie!” His friends thought she was saying Bummie and the name stuck forever.

I attended Bummie’s funeral in New Jersey and returned three weeks later for a memorial service. It was held in a gymnasium at Somerville High School where he taught, coached and served as an administrator. He also volunteered for decades after he retired.

One of his classes was Drivers Ed. At the memorial, one of my cousins quipped that Bummie hung up his cleats for good when a student informed him: “You taught my grandmother how to drive.” Bummie said he had to leave the school before someone said “You taught my great-grandmother to drive.”

At the memorial, the gym was packed with hundreds of former students, friends and family. A common theme among speakers was the number of people Bummie had developed great relationships with. It made me think that the meaning of his Hebrew name—father of many—was prophetic.

Among the speakers at the memorial were his children (my cousins) and his granddaughters.

One granddaughter joked that when she was younger and Bummie asked if she wanted to go to the grocery store with him, she dreaded it because what could have easily been a 10-minute stop and shop always ended up being 45-minutes or more because everyone wanted to talk to him.

My uncle was the child of Jewish immigrants, non-English-speaking parents who faced persecution and fled Russia. I’m not sure what they called it back then. Today it’s called asylum.

They settled in Newark, NJ. They were very poor and lived through the Great Depression. After the Depression, Bummie and his two brothers served overseas in WWII. Their younger sister, my Aunt Rose, is the only surviving sibling.

I knew many of the stories that were shared at the memorial, but one that I didn’t know had to do with Bummie’s experience in grammar school. His class went on periodic outings to a local zoo, but he was left back because he literally didn’t have a dime—the 10 cents required for the trip. Being poor he could handle. Many times in the past, he would say of his family, “We always had each other.” But the emotional pain of being separated from his peers and left behind lasted a lifetime.

My uncle never forgot what it was like to be that child, and he vowed that he would never let any other child have that experience. It explains the many hundreds of young people he nurtured and inspired to lead successful lives.

Why am I sharing this story?

It reminds me, as a mental health professional, of all the generous people who make sure every child who needs it gets access to care, whether or not they have a dime. It reminds me of my colleagues who make sure that every dime goes toward quality care, healing and recovery. And it reminds me of those who are fighting for justice for all who face discrimination and are left behind, simply because they are different.

Thank you to all the mental health professionals and advocates I work with for helping me to fulfill my uncle’s legacy. It makes the grieving a little easier.

Andrew Malekoff is the Executive Director of North Shore Child & Family Guidance Center, which provides comprehensive mental health services for children from birth through 24 and their families. To find out more, visit www.northshorechildguidance.org.