Spending time at home has taken on a new meaning these days. For many of us, the home is now also the office and...
Read more
Design & Décor

Interior designer Jenny Tzakas said there are a lot of different trends for the fall season, but there is one trend that sticks out...
Read more
TOP STORIES

Just as a love relationship can lose its spark—same old, same old, that’s how I was feeling about cooking. The old joke became a reality: What should we make for dinner? A reservation.

And then Farm to People came into my life and the romance is back, at least in the kitchen.
Farm to People is a Brooklyn-based company, created and run by father and son David and Michael Robinov, which sources food products from artisanal companies throughout the U.S. and sends them directly to people like you and me.

My granddaughter located Farm to People on the Internet and her parents agreed it would be a perfect gift for someone who loves food and surprises and has a sense of adventure—me.
They ordered three tasting boxes, one each for January, February and March and I’ve been in food lovers paradise since.

Accompanying the products was a beautiful glossy foldout brochure. Each panel featured a picture of the product and photo of the people who produce it with a paragraph on their business, plus descriptions of the item and suggestions for use and a tiny map of the state where it was made with a red dot on the exact location.

We started tasting and Mina’s Shakshuka Sauce, made in New York City, became an immediate favorite. Shakshuka is a rich-spiced North African-flavored tomato sauce typically cooked in a frying pan with poached eggs and bread to mop up the sauce, similar to huevos rancheros. Shakshuka is a staple of Libyan, Egyptian, Tunisian, Algerian and Moroccan cuisines and is also popular in Israel where it was introduced by Libyan and Tunisian Jews who immigrated there. Mina, my little brochure told me, is a Moroccan woman who studied in Paris. We now have bottles of the sauce in the pantry ready for a quick meal.

Our next favorite was the whole grain pasta from Community Grains in Oakland, CA. This was the first whole grain pasta that I’ve ever liked. Greatness was achieved with the chocolate bar from Acalli Chocolate in New Orleans, made with Peruvian cocoa beans and organic Louisiana sugar. From Old School Favorites, a business in Southampton, we enjoyed Chocolate Szauce, a thick ganache-like spread.

The two other boxes have proved to be equally interesting and now lemon sugar cookies from Grey Ghost Bakery in Charleston and Whiskey Sour Pickles, from Brooklyn Brine, made the list.

Speaking of Brooklyn, a look at all the products from New York (found on the map under Farms & Producers at the top left of their website) will lead you to believe that half of Brooklyn is cooking up something—hot sauces from Hawa Hassan’s Basbaas, jam from The Jam Stand, Nuts+Nuts cashew products created by three sisters who grew up in Indonesia, and lots more. All producers must have insurance and certified kitchen approval from the NYS Department of Health. 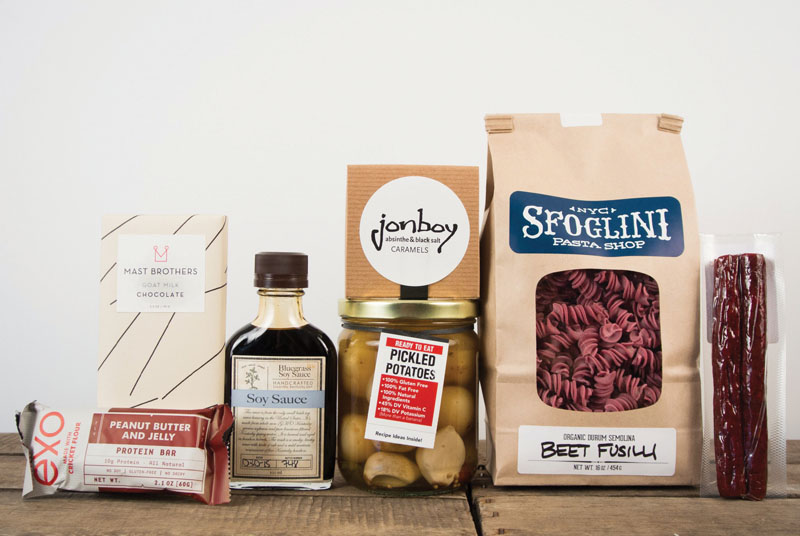 “It’s all about knowing your food,” said David. “With big corporations taking control of the industry, we believe that it is more important than ever for people to know their food and who’s making it.” The Rosinovs hope Farm to People can be a platform that will energize that conversation as well as a transparent business for conscious eaters who want to support sustainable, small-batch producers.

Are you a person who loves art, but doesn’t know a thing about framing? Greg Schnoor is an expert in the art framing field...
Read more

Spending time at home has taken on a new meaning these days. For many of us, the home is now also the office and...
Read more

Consider these recommendations for upcoming virtual talks, readings and more in and around New York City: Gold Diggers of 1933 | At-Home Discussion: Video Introduction,...
Read more
Check It Out

Consider these recommendations for upcoming virtual talks, readings and more in and around New York City: Philosophy in the Library: Ian Olasov Discusses Ask a...
Read more