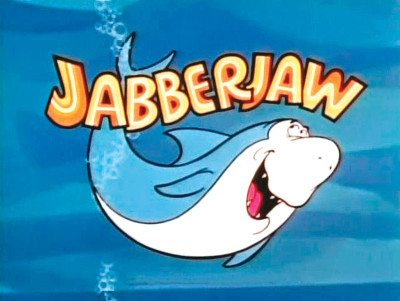 Some of the most famous sharks aren’t always in movies. Here are some of our historical and pop culture favorites.

Jabberjaw was a Saturday morning animated series created by Joe Ruby and Ken Spears and produced by Hanna-Barbera which aired on ABC for two years from Sept. 1976.

Megalodon is an extinct species of shark that lived approximately 2.6 million years ago, during the Cenozoic Era. Regarded as one of the largest and most powerful predators in vertebrate history, fossils suggest that this giant shark reached a length of 59 feet. 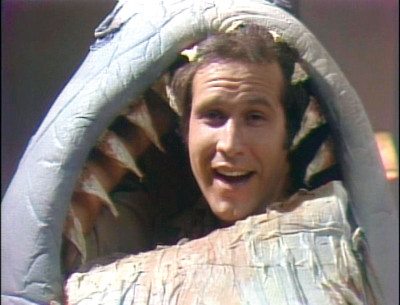 Land Shark first appeared on Saturday Night Live in 1975 as a comedic response to the release of the film Jaws and the subsequent hysteria over shark sightings.

We aren’t quite sure why this shark has made our list or even made history, but nonetheless, the backup dancer who donned a shark costume in Katy Perry’s 2015 Super Bowl performance has had more than his share of fame.

Bruce is the great white shark in Finding Nemo. He leads Fish-Eaters Anonymous, a support
group for fish-friendly sharks, but he is still adapt-ing to his new vegetarian lifestyle. Anchor the hammerhead and Chum the mako are his sidekicks. 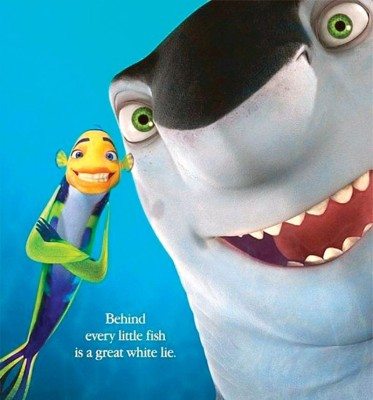 Lenny (voice of Jack Black) is a kind, funny and friendly shark in the animated film, Shark Tale. Lenny also appears in the video game version of the movie.