A Family Affair At Baiting Hollow 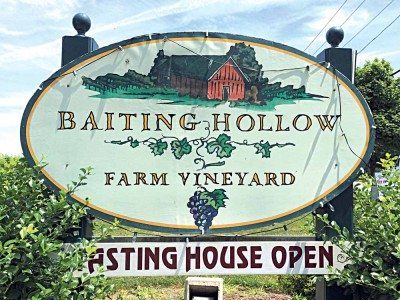 Upon embarking on the Long Island Wine Trail, connoisseurs of the grape will find the first winery on Sound Avenue to be Baiting Hollow Farm Vineyard. While many wine enthusiasts may have intentions of exploring several vineyards, one step into the quaint farmhouse will prove that is not necessary.

Sharon Rubin Levine is one of the owners of Baiting Hollow Farm Vineyard and Horse Rescue, a lovely farm house with a large front porch where guests can taste wines, relax with a glass or purchase wine and gifts to take home. The family-owned business began when Levine’s father, Sam Rubin, planted his own grapes, later growing the vineyard into an award-winning Long Island destination.

“One of the things that sets us apart is our location,” said Levine, who lives in Commack. “We’re closer than any of the other vineyards.”

Levine, along with her brother Richard Rubin, who serves as president, opened the vineyard’s tasting house in 2007. She works at Baiting Hollow full-time and divides that time between the vineyard and the horse rescue, which she began after receiving horrifying emails about horse slaughter.

“In a country where we don’t consume horse meat, about 150,000 horses per year are massacred to be delicacies in Europe. Richard, and I decided once we were up and running, we would take in a rescue horse,” said Levine. “Up popped a picture of a 1½-year-old filly in a kill pen and we had three hours to decide whether we would save her. That day we rescued five horses.” 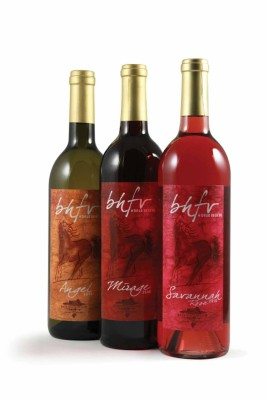 Levine does everything from running events to retail for the award-winning shop, along with her husband Steve, who is the general manager. As for being part of a family-owned vineyard, Levine doesn’t know any other way.

“We’ve worked together for many years,” said Levine, adding that the family business before was Weight Watchers. “The weekend is when we do our business. We get very little time off, but we have a lot of family involvement.”

Levine and her staff always encourage people to bring their families out for the day.

“We’re open year round and we try to have a little something for everyone—live music, food, horse rides for the kids—it’s a fun day out for people; so they can have a staycation,” she said.

As for the wine, the vineyard does have a winemaker and several select and varietal wines to choose from including rosé, white and red wines.

“We have two merlots; one of which is Sam’s Legacy, which is named for my father. It’s our reserve merlot made from his first acre of vines that he planted by himself.”

“Any dessert wine over a dessert is fantastic,” said Levine. “As for the horse wines, we have four varietal wines: Savannah, Mirage, Angel and Isis, that are named after four horses here. Those proceeds go towards the horse rescue, they sell well.”

For a listing of other East End vineyards to visit, see Uncork The North Fork.