When Portland-based rock group Everclear formed in 1991, grunge had just exploded. Three years later it would be Gary Gersh, the same guy who inked Nirvana, Sonic Youth and Counting Crows to a major label deal with DGC who wound up doing the same for the Oregon band when they signed with Capitol Records.

More than two decades later, a 1990s nostalgia cottage industry has arisen at a time when pop music is fragmented by streaming, social media ADD and a music business that’s a shadow of its former self while cannibalizing its talent pool in the process. It’s an environment that veteran creative types have had to learn how to navigate. Everclear founding member Art Alexakis is one such person.

Currently out on the road commemorating the 20th anniversary of his group’s smash 1997 outing So Much For the Afterglow, Alexakis has actually been riding this thirst for ’90s nostalgia since 2012, when he and Sugar Ray’s Mark McGrath created the Summerland Tour. For that initial string of dates, Everclear and Sugar Ray headed up a bill rounded out by Gin Blossoms, Lit and Marcy Playground. The idea came out of encounters with fans who gave Alexakis a Mark Twain moment along the lines of his band’s demise being greatly exaggerated. 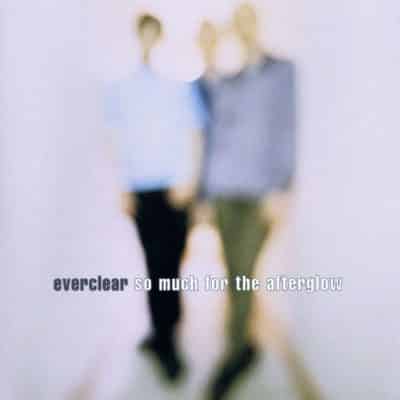 “I had someone come up to me and say they thought I was dead. I asked why he thought that and if he’d heard that I was dead. His response was that he just hadn’t heard me on the radio. So I asked if his assumption was that every band he didn’t hear on the radio, then did he think they were dead?” Alexakis recalled. “It was a little on the cartoony aspect but people tend to think your band broke up if you’re not around or constantly in front of them on the radio. It’s kind of ridiculous, but there are so many bands from that era that are still out there making music and touring. We didn’t get the memo that we’re not relevant any more. To the people that like our music and to ourselves, we think what we do is relevant. So I wanted to have a place where those bands could come and play the hits, some fan favorites and some new songs. Then these groups would get out of the way for the next band and give the concert-goer as much value for their dollar as possible.”

The tour has been a perennial hit for the subsequent four years. Other 1990s acts that have hopped on board include Soul Asylum, Eve 6, Spacehog, Live, Filter, Sponge, Fuel, American Hi-Fi and Toadies. This will be the first time the tour isn’t hitting the summer circuit, with Alexakis instead choosing to mark his band’s milestone. It was a thought he initially had reservations about, but soon warmed to. 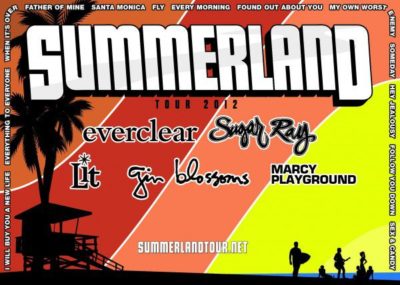 “People started doing the whole thing where they do an anniversary tour [for a release]. I was kind of skeptical at first, but I got so many people asking us to do it on Sparkle & Fade, that we did it. It was such a success. People just really enjoyed it and it was a lot of fun to play songs that we didn’t play a lot—a lot of the deeper songs on the record,” he recalled. “One of the things I heard constantly was whether or not we were going to do that for [So Much For the] Afterglow and that we had to do it for that release. Considering that it was our biggest selling record, it kind of made sense to do that. When we announced that we were going to do it and tickets went on sale, people just went nuts and are still going nuts. We’re selling shows out that we didn’t think we were going to sell out. We’re doing well everywhere. A good indication for a rock band is how well you’re doing on merch at a show and we are just killing it because people are really excited about this and the performance.”

Concert-goers can expect to hear Afterglow in its entirety and further enhancing the 1997-ish vibe, Alexakis and the rest of Everclear are coming out in the same kind of suits they were wearing back when the album first came out. The nostalgia factor is further enhanced by the inclusion of 1990s opening acts Fastball and Vertical Horizon, old friends of Everclear that Alexakis feels is, “…a good juxtaposition of music from that era.” And while the positive response is gratifying, the odd thing Alexakis had noticed was the wide range of fans coming out to see his band. It’s a phenomenon he’s theorized has to do with younger fans thirsting for music that’s not currently being represented in a commercial sense. 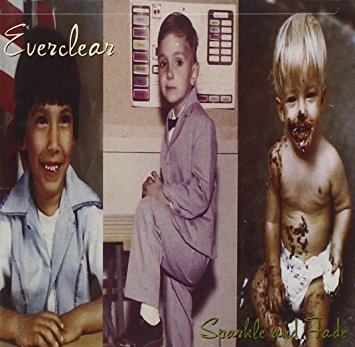 “There are a lot of people who grew up with the record—I hear that a lot. They heard it in maybe junior high school, high school and college. You expect those people to be [at the shows]. And I’m not exaggerating, but when you come to these shows, there are maybe 25 to 30 percent of millennials and younger people coming out that grew up with the record through their parents, siblings, aunts or uncles,” he explained. “A lot of kids are people that heard about us and listened to us on Spotify and just love rock and roll and locked on to us and other 1990s bands in a fierce way because they’re getting something from us that they’re not getting from contemporary music.”

Everclear will be appearing with Fastball and Vertical Horizon on June 6 at Irving Plaza, 17 Irving Place, NYC. Visit www.livenation.com or call 212-307-7171 for more information.