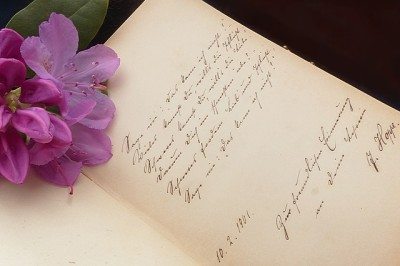 Long Island poets will be honored at the Ethical Humanist Society of LI from September through June. Each Sunday at the Ethical Society’s Sunday morning meeting a poem that was written by a poet who had a connection with Long Island will be read as part of the regular lecture at 11 am. Ethical Society president Linda Napoli of Mineola said, “We want our members and attendees to have a rich experience on Sunday morning, so in addition to a talk on a topic of ethical concerns, we feature music and poetry.”

Generally the Sunday morning poems draw from the vast world of poetry but this year the focus will be on Long Island. “Of course, we’ll lead off with Walt Whitman,” says Lyn Dobrin of Westbury who with her husband, Arthur Dobrin, poet and leader emeritus of the Ethical Society, selected the poems.

Dobrin says that in reviewing the potential poems she was delighted to find such rich material. “I guess Whitman is in the Long Island DNA,” she said.

Some of the poems selected include David Axelrod’s “Random Beauty,” Margaret Garry Burke’s “Sunflowers,” Stanley Barkan’s “Crossings,” and “In that twilight before sleep,” by Barbara Novack. “We generally try to match the poem with the theme of the speaker or with events of the time,” said Dobrin, “so around Veterans Day we are considering Tammy Nuzzo-Morgan’s ‘Poem #1-for all the soldiers.’”

Not all the poems will be serious. For some humor Joan Digby’s “Waking the Students,” will be featured around the time college students are taking their final exams and most can relate to Tony Iovino’s “Where & When?,” a lament about overeating. “What makes that poem of just four short stanzas so interesting is how Iovino moves from humor to musings about the passage of time and aging,” said Dobrin.

The Ethical Humanist Society of Long Island is located at the western end of 38 Old Country Road in Garden City, next to the large blue water tower. For information call 516-741-7304.