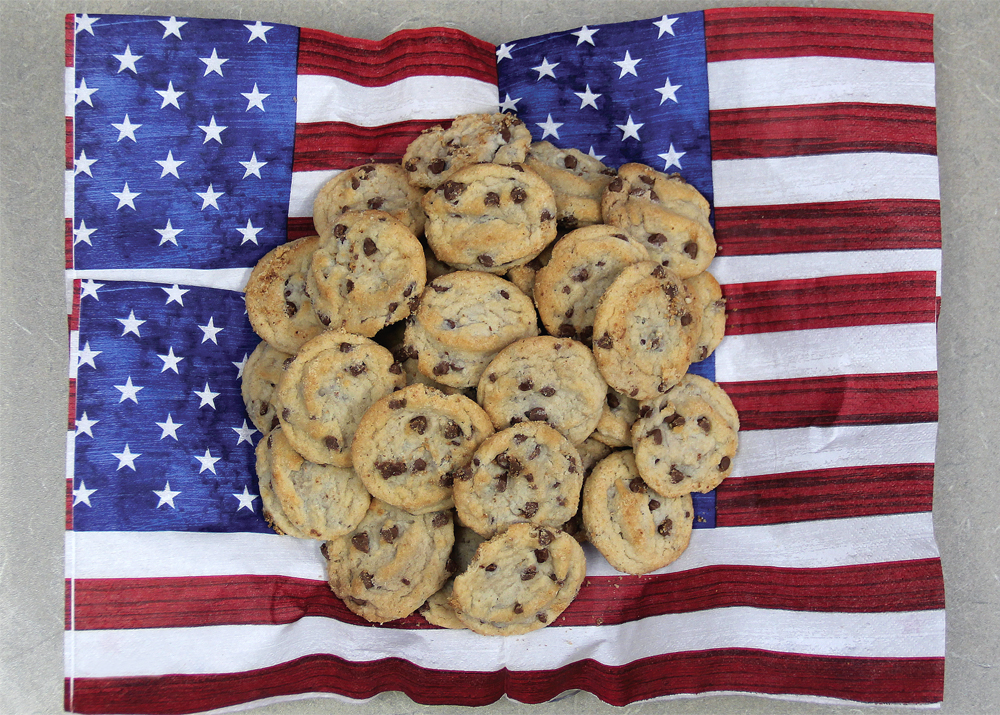 The coffee cake at your office’s breakfast. Donuts at your kid’s soccer game. The little chocolate chip cookies on the dessert table that you just can’t get enough of.

What’s the common thread between all of these things? Probably the plain white box with the little blue border and cursive Entenmann’s logo. This year, the Long Island-based company is celebrating its 120th anniversary of bringing delicious treats to the island and beyond.

To commemorate the occasion, Entenmann’s created the 120th Birthday Celebration Sweepstakes, giving entrants a chance to win one of four prizes. The “I Sing on the Cake” Sweepstakes concluded on March 30. Entrants had to submit a video of them singing Happy Birthday to Entenmann’s—some of the featured entries can still be seen on the company’s website.

“We got more…reach than we ever could have imagined,” said Maureen Sticco, director of marketing for Entenmann’s.

The first Entenmann’s bakery opened in Brooklyn in 1898, after William Entenmann came to the United States from Germany. When his son William Entenmann Jr. fell ill, their doctor recommended that they move to Bay Shore, which became the site of their next 30 delivery routes. His son eventually took control of the company, leading it into prosperity—a list of notable customers of their baked goods includes the Vanderbilts, J.P. Morgan and Frank Sinatra.

When Entenmann Jr. passed away in 1951, his wife and children decided to expand the brand’s reach by selling to supermarkets, establishing new bakeries in New Jersey and Connecticut and also breaking ground for a Bay Shore facility—sitting on five acres, it was the largest of its kind at the time. Unfortunately, that bakery closed in 2014. Everyone can still enjoy the delicious treats that Entenmann’s has to offer, however, at one of its four Long Island outlet locations, as well as stores such as Target and Walmart.

Entenmann’s staying power has to do with its ability to adapt to change in consumer needs—some of its best selling products are those that come in small, easily transportable packages. These include Little Bites and the Mini Cake lines that come in individual wrappings. As people adapt to more on-the-go lifestyles, so does Entenmann’s.

But that doesn’t mean that the company is moving away from its roots.

“Entenmann’s is all about quality and taste and tradition,” said Sticco.

She pointed out the continued tradition of the open window packaging that was initially started to give consumers a product that was easily transportable while maintaining that feeling of looking in a bakery window. Sticco said that people still say that this is their favorite things about the brand.

If you haven’t had any of Entenmann’s famous products, check some out the next time you’re at the grocery store. Then you’ll be able to answer the company’s trademark question.

“Everyone’s got a favorite. What’s yours?”

From cookies to muffins to donuts, Entenmann’s certainly offers something for everyone. The decadent cakes and fluffy pastries are so irresistible that finding something you like won’t be difficult—the real problem might be choosing your favorite. We couldn’t pick one baked treat to reign supreme, so we narrowed it down to five.

Here’s a list of the best things to pick up in that little blue and white box. 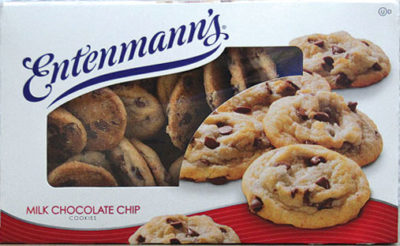 These bite-sized treasures are irresistible—sticking to the suggested serving size of just three might prove challenging. Try the original recipe cookies or the newer milk chocolate chip creation. 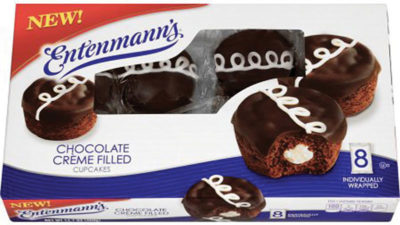 Bite into this chocolate-frosted dessert for the creme inside. This cupcake with the well-known loop design on top is sure to be a crowd favorite. 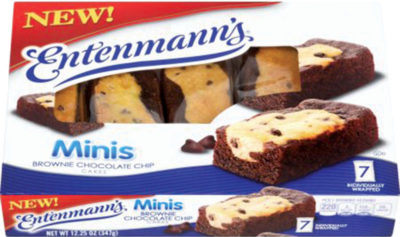 What’s better than a brownie? A brownie with a chocolate chip cookie on top. This on-the-go “snack cake” combines the best of both worlds in one delicious bar. 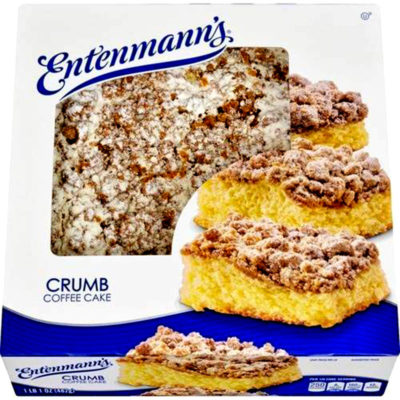 With a coffee in one hand and this cake in the other, it’s impossible to be anything but happy. Enjoy its sweet, cinnamon topping as Frank Sinatra did—the singer received a weekly delivery of this cake to his home.