Calendar of Events From December 10 to December 20 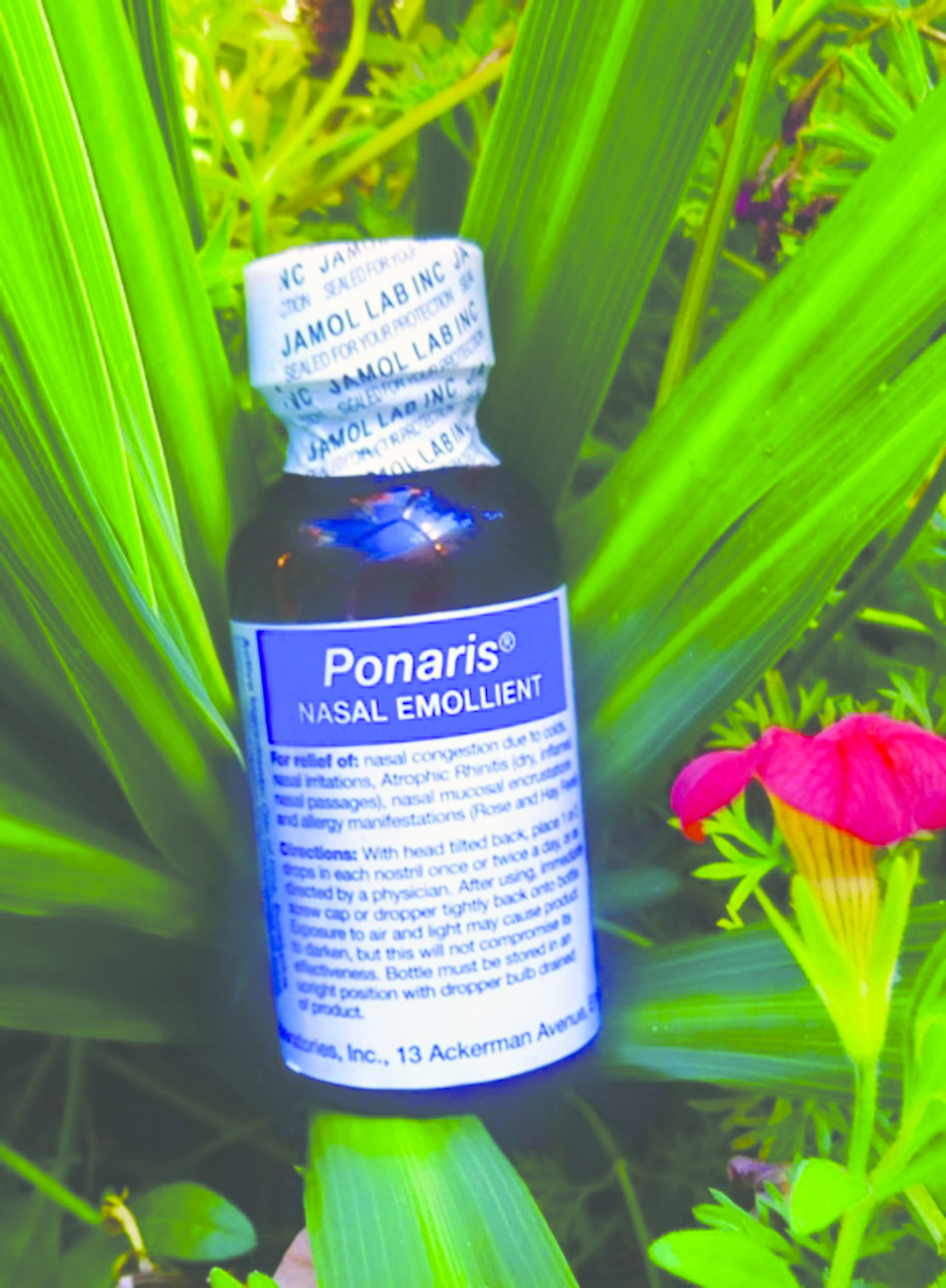 This is a time of year when people tend to get stuffed up. Allergies and nasal congestion are commonplace come spring, but one time-tested emollient can provide relief. Ponaris Nasal Emollient is a compound of iodine, mucosal lubricating and moisturizing botanical oils of pine, eucalyptus, peppermint and cajeput in a cottonseed oil base. Its active ingredients have been shown to help suffers from nasal congestion, nasal irritations, atrophic rhinitis, allergy manifestations (rose and hay fever), post nasal drip or epistaxis (nasal dryness).

The product has been around since 1931, and is celebrating its 90th anniversary in 2021. It has literally been out of this world. It was included in the medical space kits aboard all of NASA’s Apollo missions, including Apollo 11 that went to the moon.

Many celebrities have used Ponaris over the years. Dane Cook, a comedian who used to have a TV show on HBO called Tourgasm,  mentioned Ponaris in one of the episodes when Cook was sick. Lena Dunham posted that Ponarisis “life-changing” on her Twitter account. And Sara Gilbert (from Roseanne fame) mentioned how much she likes Ponaris on CBS’ The Talk, which she previously co-hosted.

What can Ponaris Nasal Emollient help provide relief from?

I use it everyday to arm my nose. It is a barrier from something nasty coming my way. It is good for nasal dryness and hay fever. It calms everything down. It is good for all types of allergies and minor congestion. It has no [pharmaceutical] drugs in it so, if you’re extremely clogged, it may not help, but it will help with minor congestion. I use it when everything is in bloom when the inside of my nose gets itchy. It deadens the itch.

How is Ponaris Nasal Emollient used?

With the head tilted back, place 1 or 2 drops in each nostril once or twice a day, or as directed by a physician. After using, immediately screw cap or dropper tightly back onto the bottle. Exposure to air and light may cause the product to darken, but this will not compromise it’s effectiveness. Bottle must be stored in an upright position with the dropper bulb drained of the product.

How was it developed?

Ponaris Nasal Emollient was originally formulated by Jaques Romano, who, in the first half of the 20th century was a well known and widely respected world figure.  He was particularly talented in chemistry and adept at extrasensory perception. He championed the importance of iodine in one’s diet, and he developed many iodine-containing medicines that were manufactured by his company, The Jamol Company (“Ja” for Jaques, “Mol” for his late wife Molly).  Dr. Romano died in 1962 at the age of 98.

We’re a small company; less than 10 people. Ponaris Nasal Emollient may not be located in every drug store that you visit, but any drug store can order some in from their wholesaler as Jamol Lab deals with the top drug wholesalers in the USA.  Ponaris  can also be obtained by calling Jamol Lab Inc. directly at 201-262-6363. It’s also being sold on Amazon and eBay.

Are there any precautions people should be aware of?

Do not use it if the protective seal is torn or missing. Do not give to infants or young children except on the advice of a physician. Pregnant women should consult a physician before using this product. Do not exceed the recommended dosage unless you consult a physician first. Each drop of Ponaris contains approximately 150 mcg of iodine. Consult your physician if you are concerned with your iodine intake. Keep all medicine out of the reach of children.