Elvis In The Movies

While Elvis Presley was widely known as a singer and international sex symbol, The King also had more than 30 movies under his belt. Elvis as an actor gave life to films such as Blue Hawaii, King Creole, Viva Las Vegas and dozens of other flicks. He was also the inspiration for many appropriations in Hollywood cinema as well.

Here’s a list of the movie portrayals to shake your hips to. 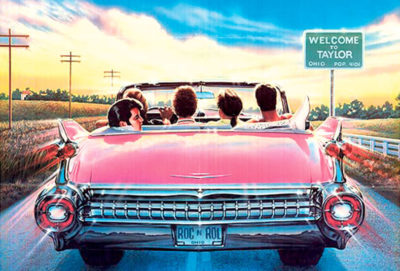 When a 17-year-old boy kidnaps Elvis Presley during one of his concerts to bring him home to cheer up his mother, comedy ensues. Directed by Chris Columbus, the movie was a box office failure, but the idea of kidnapping the King at one of his own concerts back in 1972 was pretty interesting. 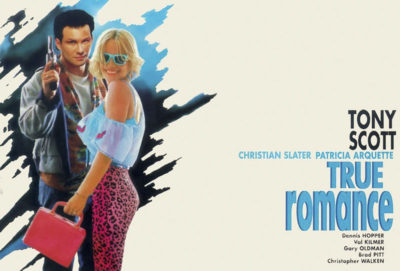 Clarence (Christian Slater) is an Elvis fanatic and comic book nerd who falls in love with a call-girl named Alabama (Patricia Arquette). When their new romance leads to the murder of Alabama’s pimp, Clarence helps her escape, mistakenly taking a suitcase filled with cocaine. Hoping to sell the blow for money, the lovers are accosted by the mob. Val Kilmer plays an apparition of Elvis who is Clarence’s guru throughout the film. 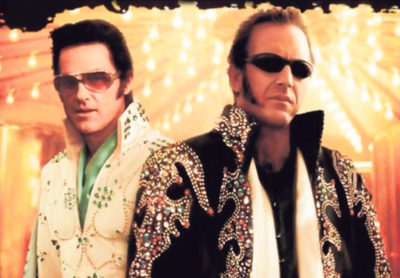 Kevin Costner and Kurt Russell play a pair of crooked Elvises in this flick. The Las Vegas Strip is already decked out with dozens of Elvis impersonators, but during International Elvis Week that number grows. But five of the wanna-bes are carrying heavy weaponry in their guitar cases. White jumpsuits and sideburns are the perfect disguise for an ex-con (Russell) and his former cellmate (Costner) to steal millions from the Riviera Hotel. 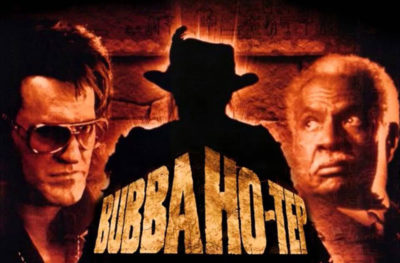 Ever wondered how Elvis would behave in a nursing home? In this film, The King wakes from a coma after a freak hip gyrating accident. Now an old man, Elvis finds himself in a Texas nursing home, where he befriends Jack, an African-American senior who claims to be President John F. Kennedy. When residents start dying of mysterious causes, Elvis and Jack work together to discover the perpetrator is the Egyptian mummy, Bubba Ho-Tep.

This film details the untold true story of when Elvis Presley (Michael Shannon) requested an audience in the White House with President Richard Nixon (Kevin Spacey) in December 1970.