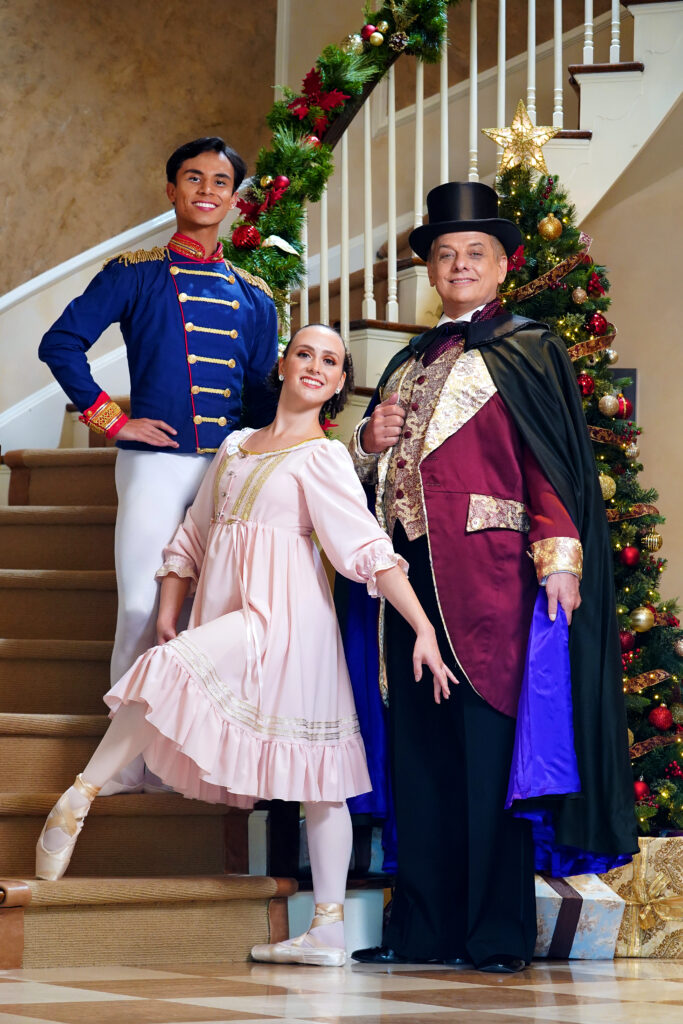 Eglevsky Ballet brings the beloved story to the Tilles Center stage with Tchaikovsky’s magnificent score, stunning costumes, thrilling choreography and a cast comprised of more than 60 students and the company’s professional dancers. Eglevsky Ballet’s production is the longest, continuously running production on Long Island. Directed and choreographed by Executive Artistic Director Maurice Brandon Curry, Eglevsky Ballet’s production tells the story of a young girl named “Clara” and how a mysterious gift from her godfather, “Herr Drosselmeyer” brings about an enchanted, fantastical dream. The Eglevsky Ballet has presented The Nutcracker as a holiday gift for children of all ages since 1961. This exciting production is a vibrant representation of the trajectory in which Mr. Curry is leading the organization.

This year, the role of “Clara” will be danced by professional company member, Briana Laman. The “Nutcracker Prince” will be portrayed by professional company member, Ryan Cavaline. The central first act pas de deux in the prelude to “Waltz of the Snowlflakes” is usually danced by a “Snow Queen” and a “Snow King”. Mr. Curry has the music (his personal favorite in the ballet) performed by the characters “Clara” and “The Nutcracker Prince”. “Having this pas de deux danced by these two characters,” Curry said, “intensifies the connection between the two characters. We see the arc of their relationship and gives the opportunity for Clara’s dream to have a more poignant and personal effect on our audiences.”

This year, Eglevsky Ballet is partnering with Birthday Wishes of Long Island to offer support assistance in their mission. Birthday Wishes provides a birthday gift and a “Birthday-in-a-Box” for children experiencing homelessness.

“We are thrilled to partner with the Eglevsky Ballet and their holiday performance of The Nutcracker this December at the Tilles Center,” Jamie Rapfogel, the director of the Long Island branch said. “What a special way to allow the families we serve to experience the magic and delight that this event allows. Just like our mission, of Eglevsky Ballet providing birthday parties to children experiencing homelessness brings feelings of normalcy and joy so does the honor of watching the Eglevsky Ballet’s holiday extravaganza.” Eglevsky Ballet is asking all who attend the performances to bring an unwrapped toy for boys and girls ages 1-17 to donate to Birthday Wishes.

Do not miss these performances of The Nutcracker with Long Island’s own Eglevsky Ballet at the Tilles Center on Dec. 17 at 1 p.m. and again at 6 p.m. and on Dec. 18 at 2 p.m.

Featuring live music provided by the Park Avenue Chamber Symphony and guest stars from New York City Ballet and television, it is a production not to be missed.

Tickets may be purchased at the Tilles Center box office (720 Northern Blvd., Brookville) or through Ticketmaster.