It shines near the end of Stew Leonard’s one-way aisle like a beacon of alluring savoriness. Mrs. Leonard’s Kitchen—the heart of the store’s East Meadow location—is a mammoth prepared-food department with full dinners perfect to reheat at home, hot meals on multiple buffet bars waiting to be piled on a tray and eaten post-haste, a fully realized pizza oven, a sushi department, rows of rotisserie chickens, perfectly al dente pasta, real-deal low-and-slow barbecue and even a Mongolian grill.

Led by executive chef John Nordin, who cut his teeth at renowned restaurants in Las Vegas, New York City and the east end of Long Island, the kitchen boasts a 50-person culinary team preparing 100-plus foods to-go. Nordin has more than two decades of culinary experience as a professional chef, a fact that is obvious upon tasting any of the creations—this food is high-end restaurant quality—and that is not a hyperbole.

An array of barbecue meats featured brisket, spare ribs, beef ribs, smoked sausage and pulled pork. The brisket is spoon-cut tender, with the perfect fat-to-meat ratio, while the ribs bite clean off the bone with a strikingly smoky flavor that engulfs the palette. The beef ribs were Flintstone-sized, with bold beefiness, while the pulled pork features sweet heat flavor that entices the eater to go back for a half-dozen more forkfuls. 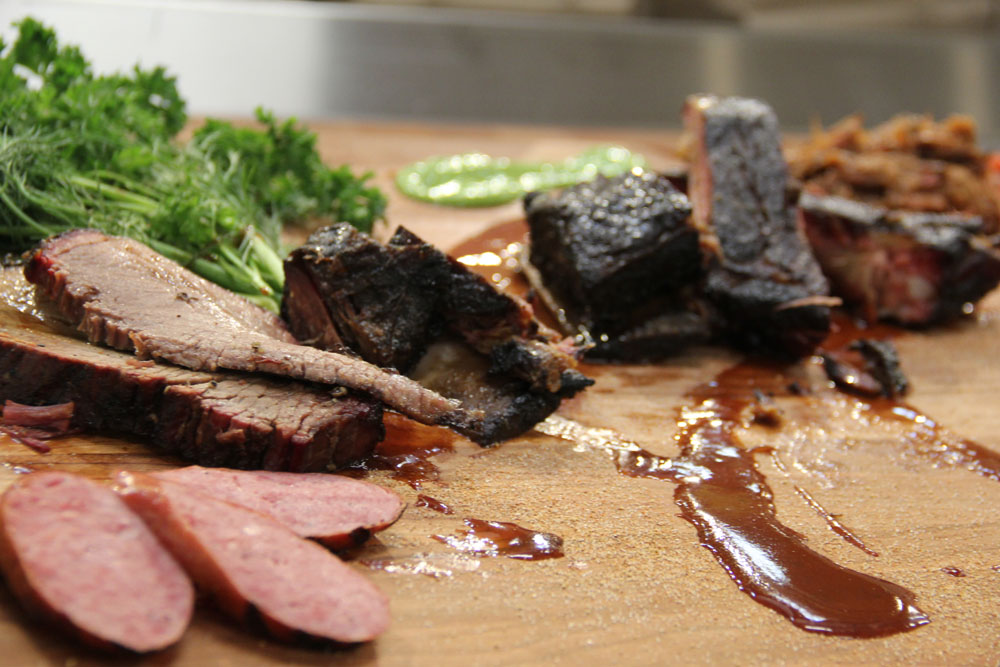 As for pasta sauces, the pomodoro is a simple pleasure, while the bolognese is deep, rich and certainly speaks to years of recipe refinement and the carbonara is creamy and comforting, with a touch of sweetness and smokiness. There is also a full assortment of Asian preparations, including Chinese, Japanese and Thai, with standouts including udon noodles and a sesame chicken that could easily make its way onto Long Island’s best Chinese menus.

Even though the kitchen is led by an executive chef, there is certainly a homemade warmness to the meals at Stew’s. The store that was once dubbed “the Disneyland of dairy stores” has made the turn into foodie heaven—and it demands exploration and multiple tastes.