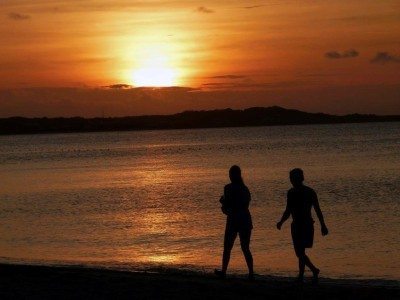 With barely a month’s notice, our group needed a water-based trip. The idea was to pick an easy place to get to, have guaranteed good weather, good diving and other activities on or in the water. It did not take long to pick Providenciales (Provo for short) in the Turks and Caicos Islands. The Turk and Caicos Islands are part of the British Overseas Territories, 575 miles southeast of Miami. Provo offers direct flights from New York as well as several other United States cities.

Arriving into Provo was easy. We cleared customs in 10 minutes and had our luggage in another five minutes. For transportation, we bypassed the car rental lines. By renting local with Scooter Bob’s we were able to walk straight to the parking lot where a small white SUV with my name taped to the windshield awaited. Attached to the keys was a note to stop by the office and sign the contract on the way to Grace Bay. You cannot get an easier exit from airport to resort!

Before arrival to the Somerset we did a stop at the Graceway Gourmet to shop for breakfast items, fruit, rum and snacks before checking in. That afternoon we did laps in the clear ocean, happy hour at the beach and got ready for the Somerset’s beachside barbecue and fire show. 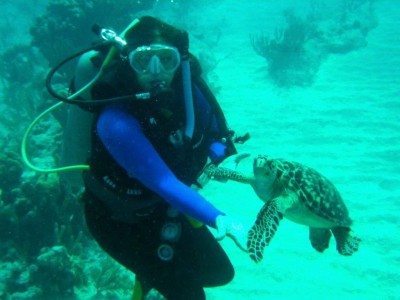 Provo is a top dive destination. Here the diving is easy and beautiful. We opted to dive with Provo Turtle Divers (www.provoturtledivers.com) for a few reasons. They were the most responsive when trying to make reservations via email. Their rates were in line with other dive companies and we liked the fact they guided divers around. When you have not dived in more than a year it seemed an easy choice to use them.

The ownership and staff at Provo Turtle Divers were first class in service and dive gear. At the time of our visit, they were not set up to dive in Grace Bay, but no one in our party had a problem with this. We dove six sites with them over three days.

The best sights were off of West Caicos, where we saw lots of beautiful tropic fish, turtles, lobster, different coral and a rare foot batfish. The dives averaged 60 to 80 feet along a coral wall that plunged to 7000 feet. At 60 feet below the surface for nearly 30 minutes we heard the clicking of and high pitched sounds of dolphins communicating with each other. Unfortunately we did not see them on this dive. 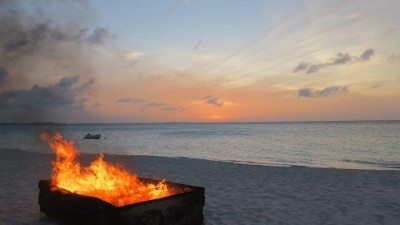 Provo isn’t only for diving enthusiasts. The 12-mile picture perfect, never crowded beach at Grace Bay will satisfy any guest. One can be happy never leaving the warm waters and soft sands (or the two-for-one drink specials). It is real easy to be lazy there!

Several boats offer snorkel strips in Grace Bay and visits to Iguana Island. Some will stop to snorkel for conch, then add it to ceviche and serve it up.

For beachside snorkeling, take the dirt road to Malcolm Beach, which is a fine power sandy beach with good snorkeling just offshore and some solitude. Here you will find decent reefs if you swim out a little. The only piece of civilization in this area is the exclusive and expensive Amanyara Resort less than a mile up the beach. When we visited the beach we were the only people there for the first hour until joined by another couple. The road in can be a little rough, which perhaps deters other visitors from venturing out to Malcolm Beach.

If you have a car, you can explore the island on your own. Our self-tour took us slowly through the main street near Grace Bay full of restaurants, bars and shops. Continuing east we stopped at the Blue Haven Resort and Marina to have a look at the large yachts near the hotel. 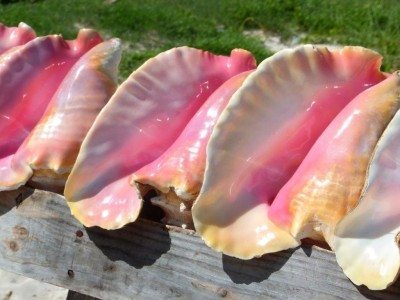 We continued southeast a few miles and poked our nose into the Conch Farm that is expanding into a fish farm. Conch Farm offers tours for visitors to learn about the history of the area.

Next we drove west and south to see the deserted Long Beach Bay and the development happening there. We continued west by the airport and headed south to the road that goes to Chalk Sound Bay. This is a narrow and long peninsula that has good views of the sound on one side, but no beach access anywhere on the ocean side due to the large homes that are along the road. From Chalk Sound we headed back up to Grace Bay.

If you have not had enough with being on or below the water during the day, we recommend a sunset cruise with one of the several companies in season that offer music, snacks and weak rum punch.

During an early visit we lucked into what is known as a “glow worm” night. Glow worms only come out two nights after a full moon to mate in the water where they live.

After the sunset the captain goes up the channel near the marina where he waits for the first fluorescent green creature to float up in the dark water. A brightly glowing worm about the size of a child’s pinky finger appeared on the surface. Seconds later, we saw a disturbance in the water speeding towards or around the worm and then pop. The creature’s color would explode into millions of tiny dots in the same fluorescent bright green. This was a female releasing thousands of eggs in what looked like a mini galaxy spinning in the water. This unique sight lasted only seconds on its own, but was repeated in the channel for 20 minutes before the frenzy ended.

Evening entertainment is thin in Provo. We spend our evenings visiting hotels with outdoor bars. Some had live music.

When you arrive on the island pick up the local tourist book for the most updated information. Avoiding the underwhelming casinos. For a quiet night you can never go wrong by walking the beach at Grace Bay. 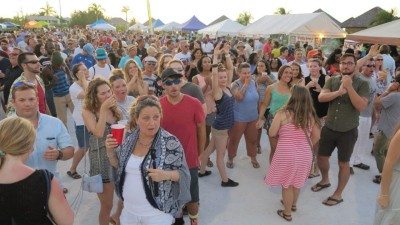 Provo has a variety of places to eat ranging from casual to upscale. We kept it casual during our stay.

A must-go for lunch or dinner is called Da Conch Shack on the beach. This is an informal restaurant specializing in local tastes. It offers seating under the palm trees or in the shade under the awnings. The conch here cannot get any fresher. We even saw one person taking it out of the shell and then sending it to the kitchen to be cooked.

Two of us shared cracked conch, conch fritters and conch stew while the others enjoyed a delicious crispy snapper or one of the non-seafood specialties. There is a fine rum tasting menu as well as frozen drinks and cold beer to go with this good and reasonably priced food.

Keep in mind that this place has become popular since our first visit in 2008. Call in advance.

Mr. Grouper, just up the road from the Somerset, specializes in local flavors with open-air tables. Diners here were a mix of islanders and tourists. We enjoyed the grouper cooked in different styles.

A dining highlight is Thursday evening Fish Fry at Bight Park. Here different food vendors, some from established restaurants, serve up three or four types of dishes. You will find conch, shrimp and fish served different ways. There is also jerk chicken, ribs and burgers. These dishes are usually served with mac pie, rice and beans. There are stalls for local tap beer, rum punches and a place that served a potent drink in a fresh pineapple. When you are finished eating well and on the cheap you can linger for the live music. We recommend arrival no later than 6:30 p.m. 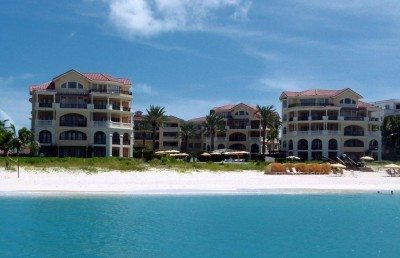 For accommodations we chose to stay at the boutique resort called The Somerset on Grace Bay (www.thesomerset.com) because it offered a luxury two-bedroom condominium that had everything we needed. Located on a fine powder 12-mile beach that featured a tropical sunset every night, our condo (cottage number five) was a multi-level luxury unit that I would be happy living in the rest of my life. We saved money by not choosing a cottage with an ocean view and it was a one-minute walk to the pool and beach.

The Somerset resort has two nice pools with a bar and grill. The pools and beach have lounge chairs and umbrellas.

We rented a small 4×4 from Scooter Bob’s (www.scooterbobstci.com). You will not find an easier more laid back person to deal with than Scooter Bob. Our vehicle cost $70, which was worth it considering nearly any taxi ride would cost $12 per person.

Don’t forget to “think left” while driving in Turks & Caicos. Traffic drives on the left as in the United Kingdom. 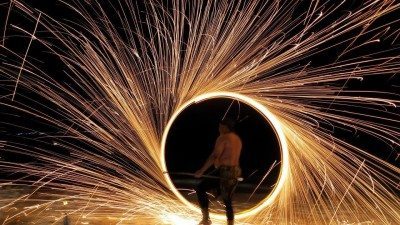 Providenciales is a laid back and a relatively safe place. Crime is not an issue, but use common sense like not leaving valuables in a car that can be seen. One local told us he leaves the car unlocked and with nothing inside.

Water is safe to drink on this island and tastes good. Like on any sunny vacation, remember to stay hydrated and sunscreened. Bug spray only seemed necessary when there was no breeze to keep the mosquitoes away.

Power outlets are DC 110 volts and the currency is U.S. dollars. Dinner dress at all places is island casual.