One can truly spot a Dropkick Murphys concert from a mile away. In celebration of the American punk band’s first Coney Island performance, fans from the New York metropolitan area arrived donning black tee shirts, kilts and everything plaid.

The Boston-based rock band is currently headlining alongside longtime genre legends Rancid on their national “From Boston to Berkeley” 2017 summer tour, which also featured openers Bouncing Souls and Jake Burns. The Dropkick Murphys, in support of their latest release and ninth studio album 11 Short Stories of Pain & Glory, delivered a career-spanning set that included 20 years worth of hits.

The six-piece opened up to a crowd of thousands with “The Lonesome Boatman,” the first track off of their newest release. Vocalist Al Barr teetered on the edge of the stage looking into the eyes of the audience as the entire group harmonized powerful war cries.

The feedback from the amplifiers continued to linger as the first song came to a close, with the full-band jumping into “The Boys Are Back.” Featured as the third single off of their studio album Signed and Sealed in Blood released back in 2013, the song highlighted the band’s hard rock roots with chugging guitars and signature chanted vocals from the entire band.

Following was the traditional Irish folk cover “I Had a Hat,” which was performed much like any other traditional cover the Murphys play, including the same original passion, but with a Boston hard-rock twist.

After longtime fan-favorites “The Gang’s All Here” and  “Johnny I Hardly Knew Ya,” the band took a slightly different approach by performing a medley of their older hits. The medley, consisting of tracks “Barroom Hero,” “Do or Die,”  “Never Alone” and “Boys on the Docks” are all featured on their first 1998 album Do or Die, and definitely served as an acknowledgement of the band’s appreciation of longtime fans. 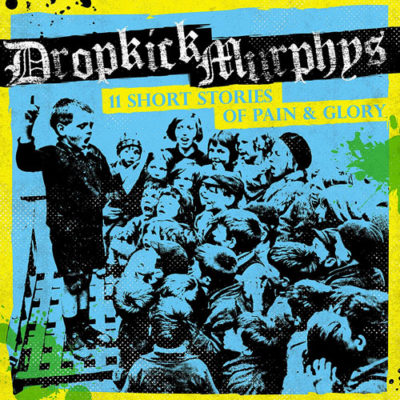 As a final salute and farewell to the audience, the band brought up crowd members from the pit to sing “Until The Next Time” before the lights dimmed and vocalist Barr bowed offstage. For any Dropkick Murphys fan, the show featured a perfect blend of old and new tracks played with the same powerful energy that the band has had since its conception.

To view the list of the remaining shows on the “From Boston to Berkeley Tour,” visit www.dropkickmurphys.com/tour. For a listing of upcoming shows at the Ford Amphitheater at the Coney Island Boardwalk, visit www.fordamphitheaterconeyisland.com.

Previous articleBringing The King To Life
Next articleElvis In The Movies