Don’t Get Scammed By High-Tech Criminals 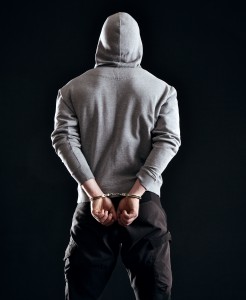 With tax season upon us, officials are alerting residents to a rash of telephone scams duping people into believing they owe money to the Internal Revenue Service. According to officials, scammers now have the technology to mimic any incoming call source on caller IDs. Called “spoofing,” scammers can hijack phone numbers from the IRS, the police department or any other entity and make the victim think the incoming call is legitimate. In other words, your caller ID will look like you’re receiving an official call, but don’t be fooled.

Beware that this is just one of the many methods that scammers are using to commit fraud against consumers, and their approach has become so sophisticated that Acting Nassau County District Attorney Madeline Singas said her office has had to hire specialists to keep on top of the latest technological developments.

“It has come to the attention of the Nassau County Police Department that individuals are receiving calls from persons claiming that they or a family member owe money for unpaid taxes,” said Acting Police Commissioner Thomas C. Krumpter. “In these cases individuals are contacted by scammers claiming that they are federal employees and that the individual called owes money. These victims are told they can avoid arrest, foreclosure or suspension/termination of services if they make payment.”

Singas, Krumpter and County Executive Ed Mangano warned that the IRS does not and will not ask for credit card numbers over the phone, nor request a prepaid debit card or wire transfer.

Police Commissioner Kenneth Jackson and the Garden City Police alert all residents of the escalation of these and other phone scams. As in the case of the IRS calls, during the scams, victims are financially targeted by phone callers who make false statements and promises in an effort to manipulate the victims to send them money by way of Green Dot Money Packs, Money Grams, Western Union and prepaid money cards. Legitimate agencies and companies do not ask for this type of payment. Examples of phone scams include:

Prize or Lottery Winners
The callers advise the victims that they have won a monetary prize, but need to send money to the caller to cover the shipping and processing for the delivery of the winnings.

Utility Companies
The callers state they are from a utility (gas, electric, water) and require money be sent to them to prevent the victim’s service from being disconnected.

Government Scams
Victims receive a call from persons stating they are from Nassau County and advise the victim that they pay a fine for not reporting for jury duty.

Kidnapped/Arrested Family Members
The victim receives a call from a person claiming to be a family member who advises the victim they were arrested or kidnapped in another state or country and money needs to be sent to a location for bail or ransom. These are often foiled when the victim contacts the family member, particularly by cell phone.

These crimes of opportunity, as Singas called them, tend to target people who are vulnerable, particularly seniors. In fact, the United States Senate Special Committee on Aging said that financial exploitation of older Americans cost seniors an estimated $2.9 billion in 2010. The FBI said that those 60 and over, especially women living alone, are often targets of people selling fake products and services by telephone. If you hear phrases such as “you must act now, or the offer won’t be good,” or “you must send money, give a credit card or bank account number” or “you can’t afford to miss this high-profit, no-risk offer,” you should hang up.

Gregg Balbera, founder of Right At Home in Plainview, an in-home care and assistance organization for seniors, said: “Seven or eight years ago, they created this do-not-call list. With spoofing technology, that list is now 100 percent useless. Our big piece of advice is don’t answer the call. Let it go to voicemail and call it back.”

Distraction Burglaries
But the scams seen in Nassau County in recent months also include people showing up at your door. Inspector Sean McCarthy of the 3rd Precinct of the Nassau County Police Department said scammers pose as postal service and maintenance workers, as well as salesmen and political supporters, and use door-to-door solicitation to distract unsuspecting homeowners to succeed in diversion crimes and scams. The result? You’ve seen it on the news and heard it on the radio: a person’s home is burglarized after an unsuspected utility worker or salesman approaches their door, distracting them while their accomplice enters the house and steals precious items. These “distraction burglaries,” particularly recent in Syosset, Westbury and Herricks, give experts, community groups and law enforcement pause when addressing the situation.

“Older citizens tend to be more trusting, and unfortunately, criminals see it as an opportunity to take advantage of them,” said Det. Lt. John Nagle of the Glen Cove Police Department.

“People especially seek out the elderly, distract them with advice about their homes, gardens, shrubs and trees, either in order to distract them and let someone else rob, or to get hired, take the money and run,” said McCarthy.

Three recent Nassau burglaries saw three senior citizens, 79- and 85-year-old women, as well as a 66-year-old man, targeted for deceptive attacks. Authorities said the two-person burglary usually ends with the victim confused.
“At that point, the second guy leaves to go upstairs to check on his partner and a short time later, [the victim] goes upstairs and finds both of them are gone,” said Kevin Smith, Nassau County Police Chief of Detectives.

Technology Scams
And then there are the technology scammers who ply their trade in the field of computer maintenance and operate out of “boiler rooms” in faraway nations. The journalist Nate Anderson recently recalled his own experience with such a scammer, one that took place three years ago just as the Federal Trade Commission (FTC) announced a major crackdown on such operations.
How does it happen? An unsuspecting personal computer owner will get a call telling them that their service has been slow and their computer may be infected with numerous viruses. The scammer will then guide the owner through a series of steps to confirm such problems and then offer repairs that can cost anywhere from $49 to $450 dollars. Many of these scammers, Anderson said, are inexperienced themselves and can be easily handled. Others, he noted, are ruthless and vindictive. If an owner refuses service, a spiteful scammer will delete all the files on the computer itself. The FTC continues to file civil lawsuits against such practitioners, but those on the receiving end need to realize they are getting calls for “problems” that don’t exist and a quick exit from the call is the best policy.
Singas added that you may also get emails from scammers who suggest you click on a link. If you do, you could inadvertently let them gain access to your computer files. Her advice is to never open a link that you don’t recognize and to question any email that doesn’t appear legitimate.

Do Not Knock
One of the developments that might help, at least with distraction crimes, is the “Do Not Knock” policy. While Levittown was the first in the county to enact the policy, other towns will be quick to follow.
“The township’s new ‘Do Not Knock’ program is designed to stop unwanted peddlers and solicitors in their tracks,” said Hempstead Town Supervisor Kate Murray.
The cling-on distributed to all residents who sign up for the program features a graphic image of a fist knocking on a door with an international “no” symbol over it, leaving no question in the minds of solicitors and peddlers that residents displaying the sign do not want to be disturbed.
According to Murray, legitimate ID cards are required by all who knock on your door. “Not-for-profit organizations are not required by law to have ID permits. However, the town does request such organizations to provide information on when and where their members will be soliciting,” she said.

Safety Measures
Nancy Farinaccio, program assistant at the Life Enrichment Center at Oyster Bay, said that senior centers are good resources for older citizens who want to know more about types of scams that are occurring. At the LEC, Farniaccio said they bring in news articles of reports of scams and lead group discussions to help raise awareness. She said this is particularly important because some of the victims never report the scams.
“Instead of saying, ‘I fell for this so be careful,’ some people are too embarrassed to admit they fell for it, and don’t report it,” Farinaccio said.

Shirley Pinckney, the senior advocate for the Glen Cove Senior Center, said that they also make a point of discussing scams on a regular basis at the Glen Cove Senior Center and have brochures and books available to help raise awareness.
“It’s unbelievable,” she said. “About once a week, we hear about something new, but we share ideas and try to alleviate some of the fears.”

Civic groups offer tips to combat possible deceptive burglaries. Marianna Wohlgemuth, president of Lakeville Estates Civic Association in New Hyde Park, said: “If you feel uneasy, don’t answer the door and call the company the person represents or dial 911. There’s usually protocol from most power companies that they follow so you’ll know if a visit is going to occur.”

Singas advised that if you think you have been a victim of a phone or technology scam or a distraction crime, call the DA’s hotline, 516-571-7755 or file a complaint in person.

She also pointed out that sometimes residents err on the side of etiquette to their detriment. “People are afraid to be rude, but someone who is legitimate will understand that you want to check first. If you think there’s something wrong, there usually is.”

To read about fraud alerts from the Nassau County Office of Consumer Affairs, please click here.