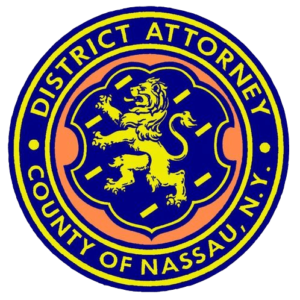 Nassau County District Attorney Anne T. Donnelly announced that an animal abuser was sentenced to one year in jail for killing two puppies and nearly killing a third animal in 2019.
Thirty-two-year-old Ellie Knoller pleaded guilty before Judge Teresa Corrigan to three counts of aggravated cruelty to animals (an E felony) on March 21, 2022. The defendant was sentenced to one year in jail, with five years’ probation and a 50-year ban of owning animals. Under New York State law the defendant’s potential maximum sentence was two years in jail.
“Three defenseless puppies were subjected to extraordinary violence by this defendant,” Donnelly said. “The internal injuries these animals sustained are uncommon—even in animal abuse cases—and are consistent with terrifying blunt force trauma. This case stands apart in the decades of animal crimes this office has prosecuted as one of the worst we’ve seen. New York State’s animal crime laws need to be strengthened and we encourage our legislators to review the horrors associated with this case. I thank our partners at the Nassau County Society for the Prevention of Cruelty to Animals and the local veterinarians who assisted our investigation.”

Donnelly said that on that Feb. 8, 2019, the defendant adopted a 10-12-week-old male Shepherd mix named Tucker from a local shelter, and by Feb. 17, the puppy was dead of a kidney rupture. Knoller inflicted blunt force trauma on the dog that resulted in the kidney rupture, causing the dog to suffer from extensive internal bleeding and die.
Additionally, on or about Feb. 18, 2019, the defendant purchased a 10-12-week-old male brown Goldendoodle puppy named Cooper, from a breeder in Pennsylvania. On Feb. 20, 2019, Ellie Knoller brought the puppy into Garden City Veterinary Care in cardiac and respiratory arrest.

By the time a veterinarian examined Cooper he had already died. The dog’s cause of death was determined to be from a lacerated liver. Ellie Knoller inflicted blunt force trauma on the dog that resulted in the lacerated liver, causing extensive and ultimately fatal internal bleeding.
The above-listed incidents came to light following an investigation into the defendant after he brought a lethargic and lifeless 11-week-old female brown Goldendoodle puppy named Bella to Veterinary Referral & Emergency Center of Westbury on Feb. 27, 2019.

Upon examination, the veterinarians found Bella to have multiple fractured ribs, bruising on her lungs, bleeding behind her eyes and a broken leg. Bella required surgery, including the insertion of a metal rod, to repair her leg and a steel plate to hold the bones in place while they healed. Ellie Knoller inflicted blunt force trauma on the dog that resulted in her injuries. One of Bella’s legs was subsequently amputated.
The defendant received Bella after complaining to the breeder that Cooper had unexpectedly died and she is from the same litter as Cooper.
Bella has been adopted by a family on Long Island and has recovered.
Assistant District Attorney Stephanie Hernan of DA Donnelly’s Animal Crimes Unit is prosecuting this case. Defendant Ellie Knoller is represented by Greg Madey, Esq.

—Submitted by the office of the Nassau County District Attorney