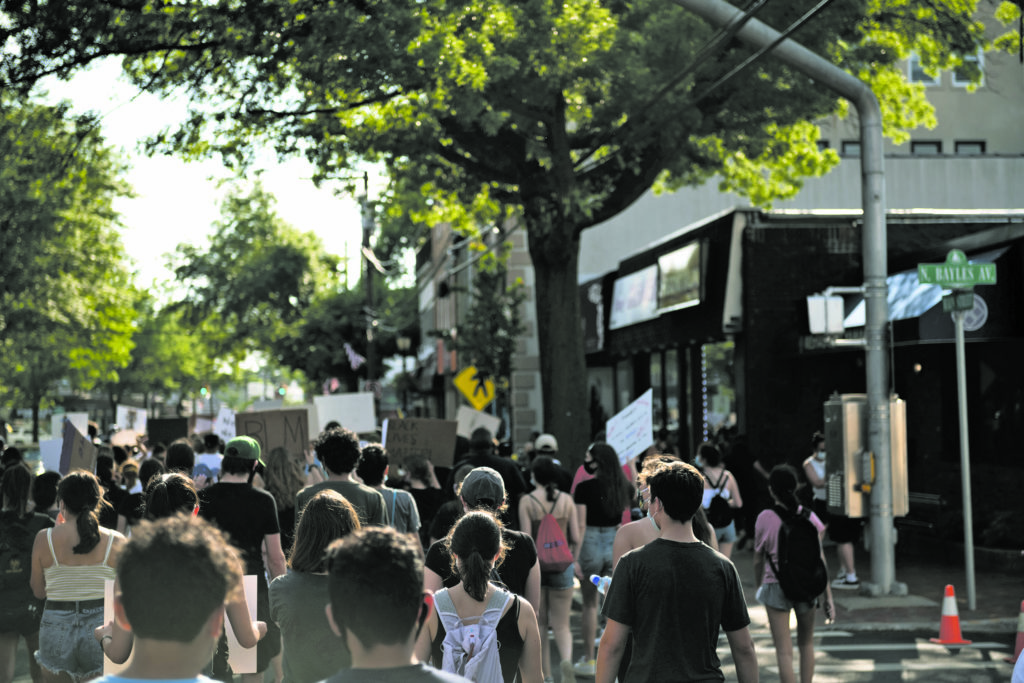 As a way to celebrate their 2020 graduation and their civil rights moment, my newly minted graduates exercised their first amendment rights and participated in the local and national Black Lives Matter (BLM) marches. All masked up, my husband and I joined our offspring at the marches and walked with them as they marched across the Brooklyn Bridge in solidarity with their peers and those who had lost their lives, as victims of racial oppression and police brutality. The energy at the marches was palpable and the urgency of their message was felt far and wide. Even in my local town march on Long Island organized by the BIPOC (Black, Indigenous and People of Color) youth from the area, hearing the young courageous activists share their experiences of racism in their daily lives was painful to hear. It was their truth and I felt privileged and humbled to bear witness to it as they recounted candid stories of racist encounters in their classes, in the playground, amongst their friends as they navigated their black and brown bodies in spaces that didn’t include them. As I looked around the crowded town dock, it was promising to see that the urgency of the BLM message was reflected across all colors, ethnicities, sexualities, races and religions. Every pensive Generation Z was kneeling for almost nine minutes in solidarity with George Floyd, who was killed by a police officer who put his knee on Floyd’s neck for at least nine minutes. A young teen was holding a sign with the face of Tamir Rice, the 12-year-old Black child shot to death by a police officer in November 2014 while playing with a toy gun at a park in Cleveland. Tamir Rice was my son’s age and would be celebrating his 18th birthday graduating with my son if he was alive today. Or Trayvon Martin, the 12-year-old teen who was shot in 2012 in Florida for wearing a hoodie, would be graduating college with my daughter had he been alive.

We as parents, allies and educators can no longer afford to sit back and become complacent in the face of these increasing glaring inequalities. If there is anything I have learned in hearing the pleas of the young, brilliant black and (BIPOC) Black Lives Matter activists during the marches, it is that being an ally involves so much more than paying lip service to the movement or shallow performative gestures. The only way we can truly support the BLM movement is to support our activists by giving them the space to articulate their own oppressive obstacles and create through their own actions places of transformative change.  To paraphrase Ibram X Kendi, it is not enough for us to commit to not be racists, we have to actively be anti-racists.

It involves committing to systemic changes in our schools that includes hiring more teachers, counselors and administrators of color in keeping with the changing student demographics. Ninety-two percent of Long Island public-school teachers are white. In nearly two-thirds of Long Island schools, there are no black teachers. In more than two-fifths of them, there are no Latino teachers. And most children grow up in segregated communities that divide along school district lines.

Those were the findings discussed at the Long Island Educator Diversity Conference at Hofstra University last spring. Long Island is historically home to the most segregated school districts in the country.

It is not a coincidence that our remedial classes have more ENL (English as a New Language) students and students of color. On the flip side, the makeup of the majority of the honors and gifted programs in districts across Long Island consist of a homogeneously white student body. Our board of education members rarely reflect the diversity of our parent populations and the demographics of the majority of our teachers, administrators and counselors don’t reflect the students they serve. Not that there is a shortage of excellent candidates to choose from because as a professor of education, I can attest to the talented novice and seasoned applicant pool of teachers of color our universities produce every year. For those lucky POC (people of color) educators and administrators who do get their foot in the door of a Long Island school, many unfortunately leave. In the absence of institutional support, many teachers of color coming from urban schools find it challenging to navigate the suburban culture of their Long Island school districts.

This status quo hinders the facilitation of civic-minded students who become critical thinkers and advocates of change in and out of their classrooms. It consequently becomes incumbent on every Long Island district to intentionally commit to putting policies in place to recruit, retain and tenure diverse teachers, counselors, psychologists, social workers and administrators. Only then will black and brown lives matter in the classrooms.

Shaireen Rasheed is a professor of Philosophy, Multiculturalism and Social Justice at Long Island University. She is also the director of the doctoral program in Interdisciplinary in Education and is also a diversity/equity/inclusion consultant that works with educators to create inclusive pedagogies for diverse students, particularly exploring best practices to create anti-racist pedagogies in K-12 and institutions of higher learning. She currently serves on the Port Washington District’s Diversity Taskforce. 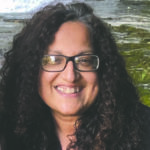