When Jackie Robinson stepped on the baseball diamond at Ebbets Field on April 15, 1947, he became the first player since 1880 to openly cross the major league color line. It’s a story that’s rightfully been shared, lauded and held up as the first major salvo fired in the civil rights fight.

The latest retelling of this late Baseball Hall of Famer’s life is the recently released Jackie Robinson, a four-hour documentary directed by Ken Burns, daughter Sarah and David McMahon. And unlike many other books and films that came before that focus on Robinson’s early life and that barrier-breaking moment in 1947, the filmmakers also allot a significant portion of the film to examining Robinson’s post-baseball life up until his death at the age of 53 in 1972. 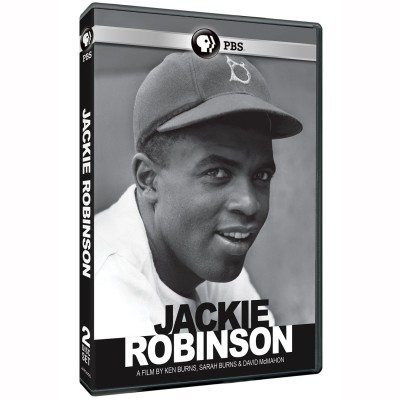 “Most of the stuff about Robinson in the past has always focused largely on the 1947 season, turning the other cheek and all that other stuff. Even in his later baseball career, when he starts arguing with umpires and demanding equality and justice wherever he goes and integrating hotels, that part is not well known,” Sarah Burns explained. “We’ve always held him up for keeping quiet in a way. Even during his baseball career, he’s not doing that, as he wasn’t quiet before his baseball career, either. So, there’s a lot of that. I learned a lot about Jackie Robinson, particularly in that post-baseball period. Particularly in how he was using his name and his platform.”

While Robinson’s children Sharon and David are extensively featured, it is Robinson’s widow, Rachel, who is the glue in this documentary. For Burns, Robinson’s 93-year-old widow not only drove home the need to get this made while insisting that Ken Burns be the one to do it, but she wound up being the emotional engine driving this project.

“[Rachel Robinson] is incredible. Her memories are still really very fresh and she remembers them incredibly well,” Burns said. “She’s so smart and thoughtful, and it feels like it’s right there for her to get back to these stories. She’s the heart and soul of the film, and it would have been very different without her.” 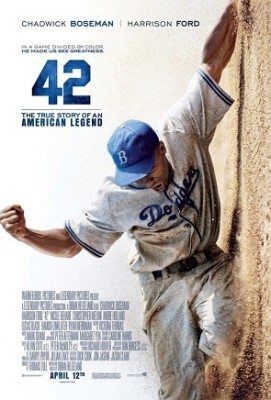 The second half of Jackie Robinson goes into great detail following his involvement with the civil rights movement from the vantage point of being a Rockefeller Republican. Not only does it include Robinson’s support for Richard Nixon’s 1960 campaign for president when he was running against John F. Kennedy (which Robinson later withdrew), but also Robinson’s achievements as one of the successful founders of the black-owned and operated Freedom National Bank, his stint as a columnist, clashes with Malcolm X, and tireless work during the civil rights movement.

While Burns admits the success of 2013 biopic 42 confirmed suspicions by her and her collaborators that people still can’t get enough of the Jackie Robinson story, she felt their new documentary will give those masses more to sup on.

“People are interested in Robinson and that was encouraging to us. That Robinson is someone that means a lot to many people and that he’s someone they are interested in,” she said. “We had this opportunity to tell a much bigger and more complex story on film than had been told about him before. So we hope that audience that was interested in him in that small slice of his life can learn a lot more about him this way.”