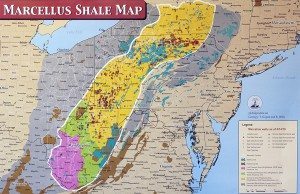 They’re not stopping at Seneca Lake. At the start of June, it was the turn of people in the health professions to lead the peaceful civil disobedience. Seven people in scrubs and lab coats were arrested, bringing the total to 279 arrests in seven months. They formed a human blockade above the unstable lakeside salt caverns where a Midwestern company plans to store massive amounts of methane and other natural gas products. Their signs said “Our Health is Not Negotiable.”Meanwhile, not far south and east of the Finger Lakes, some understandably frustrated and desperate citizens are being misled by grossly negligent elected officials and perhaps by forces yet unrevealed into holding signs that say, “Energy Independence = Jobs” and “Shale = Clean Energy, Clean Air, Clean Water.”

Governor Cuomo announced six months ago that New York’s moratorium on high pressure hydraulic fracturing (“fracking”) to extract underground natural gas was now permanent. As many as 15 Southern Tier towns that sit above the gas-rich Marcellus Shale underground formation have associated themselves with a movement to secede from New York and join fracking-friendly Pennsylvania. Their umbrella group, the mysterious Upstate New York Towns Association, puts the number of towns involved at 15, but won’t release a full list of affiliated towns. The association works to “Promote an understanding of what freedom means in upstate New York,” though it doesn’t identify who pays for their materials.

Some elected officials have not been reticent at describing how bad things are in their towns to regional and some national news outlets. Supervisor Finch of Conklin (population 5,000 in Broome County) describes his region as “desolate.” “There are no jobs. The economy is terrible. There’s nothing going on,” he has stated. “The richest resource we have is in the ground.”

Supervisor Price of Windsor (population 6,000 in Tioga County) says, “The natural gas is the only thing that’s truly going to save this area.”

They and others claim that only a few miles away, Pennsylvanians are becoming rich in a boom denied to New Yorkers. A few Pennsylvanians who got the timing right have done very well. For most, loopholes allow drilling companies to deduct large expenses from landowners’ royalty checks, even retroactively, sometimes eating up any profit.

The fast play-out of wells, the price collapse and other factors are making it clear that the mythic “energy independence” based on fracked shale gas is a gigantic scam. The financing is falling apart. Wells are not being replaced fast enough. The drilling companies can’t keep the charade of action and growth going. At the end of 2014, another ominous study insisted that the federal Energy Information Agency has overestimated the amount of shale gas to be produced between 2015 and 2040 by at least two-fifths.

A month ago, HSBC, the world’s third largest bank, advised clients to avoid any investment in fossil fuel industry firms; they are “becoming economically nonviable.”

We’ve got public officials who want to put everything on the line, including their constituents’ state citizenship, for something that isn’t real.

United Arab Emirates is on a crash program to diversify its economy with high-value jobs. Their vast reserves of oil and gas will be gone in 50 years.

Fracking companies bring in experienced drilling teams and other skilled workers from other states. Locals get new jobs selling them sandwiches and beer. When the drilling stops, it all goes away. But probably not the smells.

I haven’t even touched on the serious health risks associated with fracking, nor the earthquakes.

When public officials are this wrong, this shortsighted about something so important, my faith in government kicks in. I’d like to think that cash payments must somehow be involved.

Let’s all hope so. Keep the faith.