Prenatal Care In The Wake Of COVID-19

Chemical Vs. Mineral: How To Find The Best Sunscreen For...

The most important thing is that you find an SPF that works for your family.
Read more
TOP STORIES 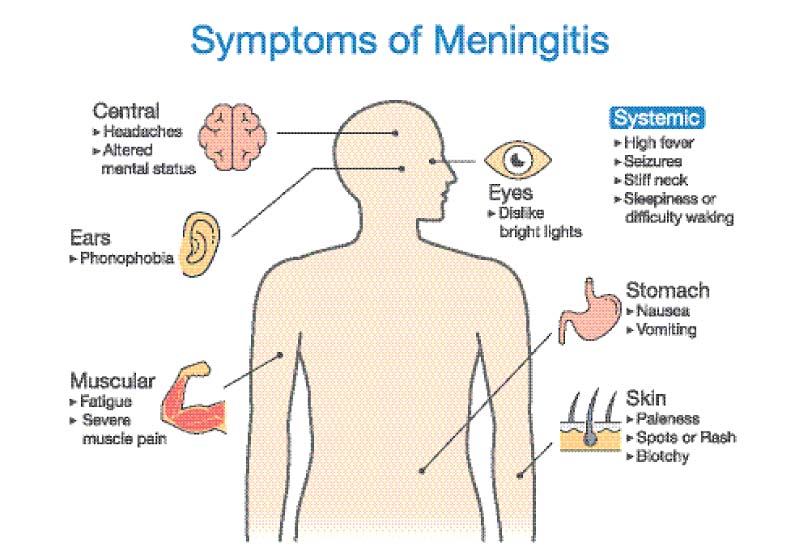 There are few words in the lexicon of medical terminology that get a parent’s attention like “Meningitis.” It’s a critical illness that can even be fatal, especially among children and teenagers. Yet many people don’t know what it means or how to spot its earliest symptoms.

Knowing what meningitis is and what to look for in its early days is important, since the sooner a case is diagnosed the better the outcome will be, even if that means hospitalization.

Meningitis refers to inflammation of the meninges, which are the tissues lining the brain. As an infectious disease, it can have multiple causes: from bacterial to viral to the more obscure (like tuberculosis).

People who have meningitis typically complain of some combination of symptoms, from a short flu-like syndrome that can feel like a stomach bug. Other hallmarks include “nuchal rigidity” (a stiff neck) as well as difficulty doing a straight leg raise. Light sensitivity, called photophobia, is a big clue as well.

By the time I see most patients with meningitis, they have an inkling that something is going on that’s more than just a two to three day sickness.

Clinicians diagnose meningitis by performing a spinal tap, or lumbar puncture, that draws spinal fluid (also known as CSF), which is sent to a lab for testing. Based on the cell count and level of glucose and protein in the fluid we can determine whether the infection is due to a viral or bacterial cause.

Treatment can include a broad spectrum antibiotics until the CSF culture incubates in the lab for 48 hours. After that time, if the culture is positive, antibiotics are continued and ultimately tailored to the exact infecting organism. If the culture is negative, the assumption is that the infection is viral meningitis, and we engage in symptom management rather than antibiotics.

The extent of treatment can include rest, pain management, and hydration, all the way up to IV fluids and hospitalization. People who have viral meningitis typically recover well; treating bacterial meningitis is trickier, and is usually it’s more dangerous.

If your child has symptoms that are concerning, an urgent medical evaluation is your best first course of action. The earlier the diagnosis is made, the sooner physicians can make your child comfortable, regardless of final diagnosis.

What can be done to prevent meningitis?

Children should be immunized on the proper schedules to guard against H. Influenza type b, Neisseria Meningitidis, and the Pneumococcal conjugate vaccine, which are all causes of bacterial meningitis. Some of these vaccines are given during infancy, and some are given in the preteen and teenage years.

Viral meningitis is typically transmitted through aerosolized respiratory particles—basically, sneezing—and can be controlled by taking the same precautions that apply to regular viruses: coughing into the elbow, not sharing drinks with someone with a stomach bug and handwashing.

Demystifying meningitis is important, to convert fears and misunderstanding into higher awareness and early recognition. That way, you can tell the difference between a summer bug and something far worse.