Suozzi will be joined by representatives from the SBA and lending institutions who can answer questions from small business owners.
Read more
News

The Take Five of the title refers to taking five minutes out of your day to call on a loved one.
Read more
News 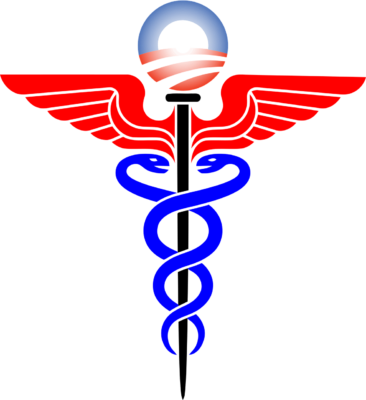 For the past year, the fate of the Affordable Care Act (ACA) has been a hot topic. There have been threats to repeal it and replace it and as a result, there has been a lot of confusion surrounding the terms. In an attempt to educate the public and try to clear up any falsehoods, a seminar will be held at LIU Post in Brookville on Wednesday, Nov. 29, which is free and open to anyone interested in learning more. The event is being hosted by Assemblymember Charles D. Lavine and Jason Samel, a licensed insurance consultant, with representatives from different insurance carriers.

“I thought the world was confused five years ago when Obamacare was rolled out, so much so that I built a business around that confusion,” said Samel, premiere Obamacare expert of LongIslandObamacare.com. “I never imagined the confusion would reach the heights it has currently reached.”

Samel said the confusion ranges from whether or not the ACA even still exists to what kind of subsidies are available. Adding to the confusion is the talk of repeal and replace, the executive orders that have been issued and CareConnect, the largest insurance carrier in New York state, going out of business. Open enrollment for the ACA started on Wednesday, Nov. 8 and ends on Dec. 15, which doesn’t leave people with much time to make a decision.

“I get phone calls every day from people who are really upset and deeply confused,” said Samel.

Another reason for the confusion is the loss of federal grant funding for navigators, trained individuals who can walk applicants through the process for free. Samel said funding for this program was cut by 90 percent. People can also choose to use a state licensed broker, which offers the same services as navigators, but takes it to a new level as brokers can offer up suggestions. However, some insurers have cut commissions for brokers, and with the increasing complexities of the health care offerings, brokers might be harder to find.
“This is a huge reason why people don’t know where to turn for help,” Samel said. “As a broker, I get to go to seminars and become educated so I can help my clients, but there has never been anything to educate the public, which has been forced to figure this out on their own. It has always been my dream to create an event like this.”

The program will include a full overview of the ACA and the many choices available. Common questions will be addressed, including the current state of the ACA, how the ACA benefits those with individual and group health insurance plans, whether or not there is financial assistance available, what it means to be in or out of network and some of the common pitfalls people run into and where they can go for help. The seminar will include presentations from Oscar, UnitedHealthcare and Healthfirst.

Samel reached out to Lavine to hold the seminar; with the assemblyman’s knowledge of what’s going on with health care at a state and national level, Samel said he’ll be able to “weed facts from fiction.”

Further adding to the panic is the potential new tax plan; about 13 million more people could become uninsured if the individual insurance mandate—which requires people to buy insurance or pay a fine—is repealed.

“If it’s not required, a lot of people will drop insurance. And the people who drop it will be the young and healthy, leaving a pool of sick people. This will price others out of the market,” said Samel. “This likely won’t have a direct impact until 2019. If this happens and the President moves ahead with the executive orders, I predict that the whole system is going to crash.”

The Affordable Care Act Updates and Education seminar will be at LIU Post, Hillwood Commons, 720 Northern Blvd., Brookville, from 7 to 9 p.m. For more information, contact Lavine’s office at 516-676-0050 or email chief of staff Tara Butler Sahai at butlert@nyassembly.gov.

Previous articleUber, MADD Give The Gift Of Safety
Next articleFASNY Offers Tips for a Happy, Safe Thanksgiving