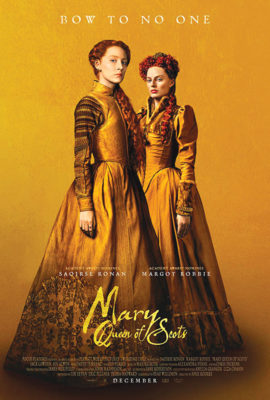 December is a magical month bringing us Christmas, Hanukkah and Kwanzaa. Stores are bustling with shoppers trying to get the best deal on presents for their loved ones, celebratory meals are being planned and holiday cards are being mailed. Need a day to just breathe and relax? Head to the theaters this month for a slew of new movies coming your way.

On Dec. 7, royalty reigns supreme with Mary Queen of Scots. Directed by Josie Rourke, the film stars Saoirse Ronan, Margot Robbie, Jack Lowden, Joe Alwyn and David Tennant. Based on the true story of Mary Stuart’s betrayal to her cousin, the Queen of England, she tries to overthrow her throne resulting in her imprisonment and subsequent execution. A brilliant cast especially with Ronan, who at only 24 years of age has already won a Golden Globe and has been nominated for three Academy Awards.

Dec. 14 sees the opening of The Mule directed, produced and starring Clint Eastwood along with Bradley Cooper, Taissa Farmiga, Andy Garcia and Alison Eastwood. Based on a true story of a World War II veteran, who in his 80s decides to become a drug dealer and carrier for the Sinaloa Cartel. This is Eastwood’s first directorial and starring role since 2008’s Gran Torino. He proves that even now he still is an acting force to be reckoned with. 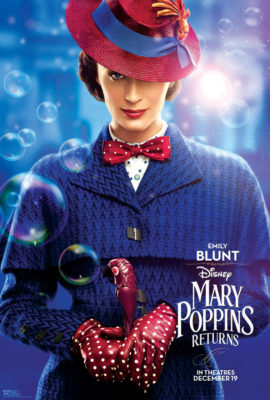 Dec. 19 sees the premiere of Mary Poppins Returns, directed by Rob Marshall and starring Emily Blunt, Meryl Streep, Angela Lansbury, Colin Firth, Ben Whishaw, Lin-Manuel Miranda and Dick Van Dyke. Set many years after the original movie, Mary Poppins returns to assist the now grown Banks siblings along with their own children during a difficult time following a personal tragedy in their lives. Blunt is fantastic in taking over the iconic role from Julie Andrews. A must see for all. 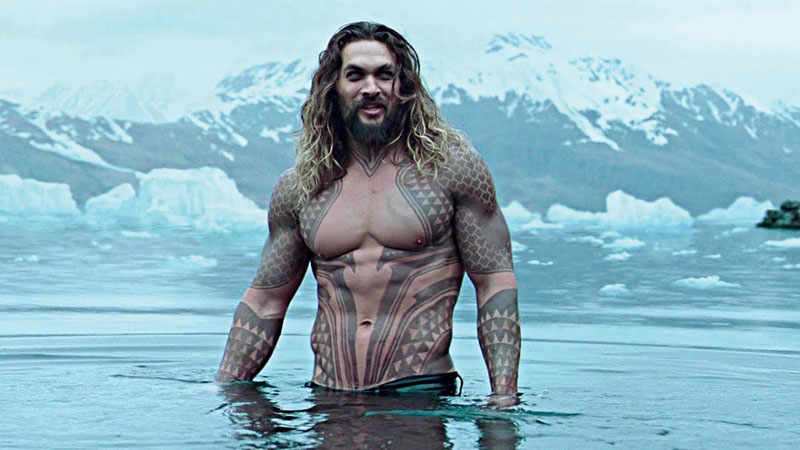 Also on Dec. 21, Aquaman swims into theaters. Directed by James Wan, the film stars Jason Momoa, Amber Heard, Dolph Lundgren and Nicole Kidman. This is the sixth installment of the DC Extended Universe Series. Momoa plays Arthur Curry/Aquaman, who reluctantly becomes the ruler of Atlantis, the underwater Kingdom. He finds himself caught between a surface world that ravages the sea and the underwater Atlanteans who are ready to revolt and subsequently, must lead his people to freedom while also saving the world. 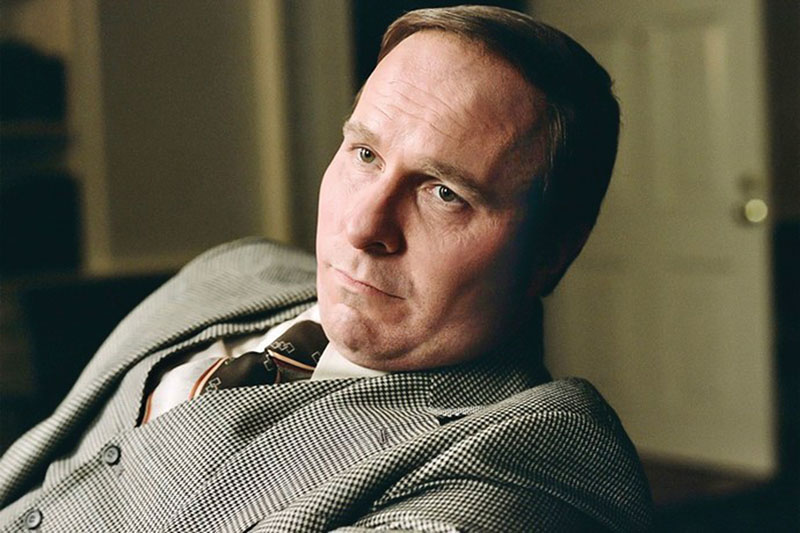 On Dec. 25, Vice opens in theaters. Directed and written by Adam McKay starring Christian Bale, Amy Adams, Steve Carell, Sam Rockwell and Tyler Perry. This film revolves around Dick Cheney, the productive and creative Vice President under George W. Bush, and his political rise to be the most commanding Vice President thus far in our history. An unrecognizable Bale, delivers magnificently in this role. 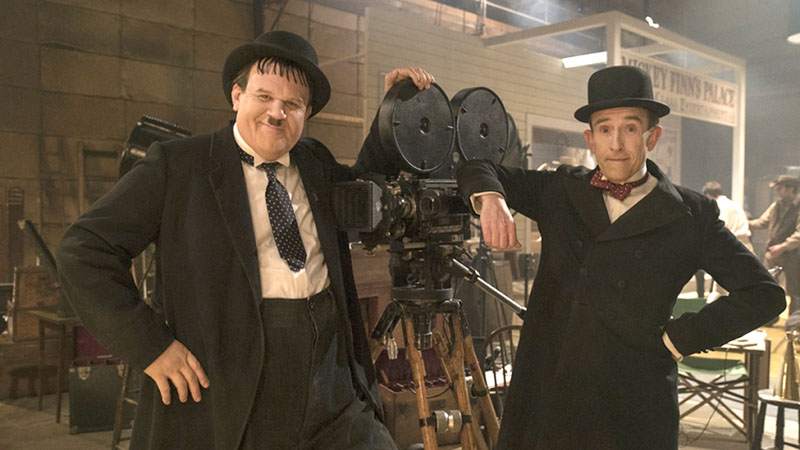 On Dec. 28, Stan and Ollie debuts in limited release, directed by Jon S. Baird. The movie stars John C. Reilly, Steve Coogan, Stephanie Hyam, Shirley Henderson and Nina Arianda. The film tells the story of Laurel and Hardy, one of the most celebrated comedy duos, and follows their success along with their tough struggles both personally and professionally.

So as the winter weather—and Oscar season—nears, grab your popcorn and drink, sit back and relax and enjoy the movies.

Previous articleHoliday Hair
Next articleLearn How To Ski One, Two, Three!