Thanksgiving is over, and now we are all waiting in lines for sales and pictures with Santa Claus. A few of us are still recovering from families, friends and all that turkey, but if you need to take a moment to adapt before the holidays arrive, then here are some suggestions for your December movies.

On Dec. 2, the highly anticipated La La Land opens in limited release. This a drama/comedy/musical/romance all wrapped up in one has been generating major awards buzz. Directed by Damien Chazelle, it includes an all-star cast of Ryan Gosling, Emma Stone, John Legend, J.K. Simmons and Terry Walters.

The movie takes place in the present day, but intentionally gives an old Hollywood glamour feel. Stone plays a hopeful actress who works as a waitress to movie stars in between auditions and jobs. Gosling portrays a jazz player who scarcely nets enough money by playing at cocktail parties and seedy bars. They have an immediate attraction and fall in love. One of the two reaches success before the other, which threatens their love and dreams for which they have both fought so hard for. Stone and Gosling are earning major props for this one.

Directed by Josh Gordon, Dec. 9 sees the debut of the sidesplitting comedy Office Christmas Party. Jennifer Aniston, Kate McKinnon, T.J. Miller, Jason Bateman, Olivia Munn, Jamie Chung, Courtney B. Vance are some of the celebrities that star in the movie. Aniston plays an uptight, unkind CEO who does everything she can to prevent her brother, played by Miller, from having a Christmas party for the branch he runs. He must enlist his chief technical officer played by Bateman to gather all of their coworkers to pull off the most classic holiday party ever to impress a possible client so they can close the deal, saving all their jobs. 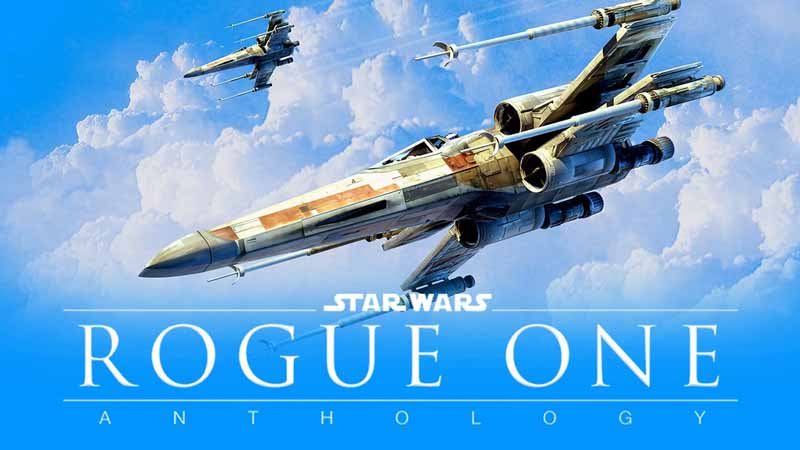 Opening to the delight of millions on Dec. 16 is Rogue One: A Star Wars Story. The movie is directed by Gareth Edwards and will be the first standalone film of the Star Wars anthology. It takes place sometime after Star Wars: Episode III – Revenge of the Sith and before the original Star Wars adventure. Felicity Jones, Forest Whitaker, Ben Mendelsohn and Diego Luna star. This is a sure hit for fans and newcomers as it explores the rebellions struggling to pilfer the plans to the Death Star.

Passengers arrives on Dec. 21. Directed by Moten Tyldum, the film stars Jennifer Lawrence, Chris Pratt, Michael Sheen, Laurence Fishburne and Andy Garcia. The movie is a fantasy/science fiction/drama that takes place in a starship named Avalon where 5,259 people have been chosen or paid for a voyage, which will take 120 years to complete arriving at “Homestead II.”

However, something goes exceeding wrong waking up two passengers (Lawrence and Pratt), 90 years too early. They work together in attempts to discover the malfunction. While doing so, they not only fall in love but find out that waking up too soon is not their only problem. Lawrence and Pratt don’t disappoint.

James Franco’s latest comedy debuts on Dec. 23. Why Him? is directed by John Hamburg and stars Franco, Zoey Deutch, Bryan Cranston, Griffin Gluck and Megan Mullally. Cranston and Mullally portray parents of a 15-year-old son (Gluck) and an older daughter (Deutch). When the three take a trip to visit their daughter who surprises them with a new boyfriend (Franco), they are immediately overwhelmed and taken aback by him as he is too frank regarding his personal matters and curses often. Their daughter tries to convince them to look past this, as he is a generous and kind person who makes her happy.

When Cranston’s character discovers the boyfriend’s plans to propose to his daughter soon, he decides to thwart any chance of him getting his or the rest of the family’s blessing. Franco’s character also plans to do everything in his power to win them over by any means necessary.

Christmas Day sees the debut of Fences, which will open to rave reviews and Oscar buzz. Directed by and starring Denzel Washington, this film is written by August Wilson and is based on his play. Washington plays Troy Maxson, while Viola Davis plays his wife, Rose. Both actors are reprising their roles from the 2010 plays that garnered each Tony awards. Jovan Adepo stars as their son, Cory, along with costars Russell Hornsby, Mykelti Williamson and Saniyya Sidney.

The film takes place in Pittsburgh during the 1950s when racial tensions are high, and the Maxson family finds it hard to cross barriers. Troy (Washington) lands a job working as a waste collector, arguing with his boss why blacks can’t drive garbage trucks. All Rose wants is for him to build a fence around their property like he promised. Their son wants to go to college on a potential football scholarship and Troy refuses. The movie predominantly plays out while different characters hash out their anger, differences, love affairs and more.

Together these three black women known as the human computers, cross professional, race and gender obstacles by always believing. They assist the other NASA operatives calculate the exact measurements needed to launch John Glenn into space and make sure he returns safely. Singer-songwriter Pharrell Williams helped produce the film. The acting is brilliant.