A Day Of Military, Not Monetary, Remembrances 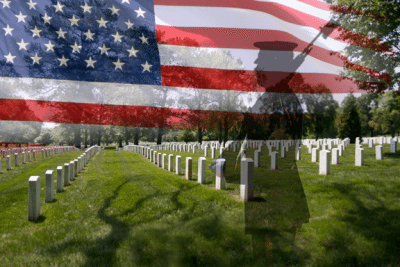 It serves as the unofficial kickoff for the summer season and/or yet another three-day weekend for retailers to fill their coffers with the bounty of retail sales promotions. Sadly, this is what has become of Memorial Day, a national holiday meant to honor those who have died in our nation’s service.

As the path of history led the United States through two World Wars, conflicts in Korea and Vietnam, and more recently, deployments to the Middle East, Afghanistan and Iraq, tradition has dictated the dead be honored with cemetery visits and parades featuring active servicemen and veterans from various wars participating alongside marching bands playing music with a patriotic theme. The idea was for citizens to stop and remember those who gave their lives while protecting democracy and America’s way of life—not to hit the mall in pursuit of bargains.

Unfortunately, with so many veterans dying off and an all-volunteer military force, Memorial Day parades are shrinking in attendance (and in some instances being canceled) as more and more civilians have less interaction with active duty personnel. With as much divisiveness that’s going on in the current political climate, this is one topic that begs for the populace to find common ground.

So if you’re thinking of either hitting the beach or one of the local outlet centers that seem to be popping up everywhere, maybe carve some time out to attend a parade or even lay a wreath at your local cemetery. It’s the least you can do for those who gave up their lives for the freedoms we enjoy today.