Cristen Ronzo Recognized As Coach Of The Year 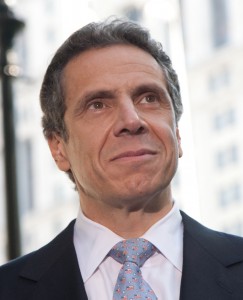 “Today, I direct all agencies, departments, boards and commissions to immediately review all requests for state funded or state sponsored travel to the State of Indiana and to bar any such publicly funded travel that is not essential to the enforcement of state law or public health and safety. The ban on publicly funded travel shall take effect immediately,” said Cuomo, who in 2011 successfully pushed for a law legalizing gay marriage in New York.

“New York State has been, and will continue to be, a leader in ensuring that all LGBT persons enjoy full and equal civil rights. With this action, we stand by our LBGT family members, friends and colleagues to ensure that their rights are respected.”

The Religious Freedom Restoration Act, signed into law by Indiana Gov. Mike Pence last week, effectively legalizes discrimination against same-sex couples by those who object to their lifestyle on religious grounds. Ostensibly, Senate Bill 101 bars the government from impinging on a person’s religious rights; but opponents say the legislation is broad enough to justify discriminatory actions.

Nearly a dozen LGBT and civil rights groups sent an open letter to Pence this week, urging him fix the largely disputed act.

The letter requests that legislators “update the state laws against discrimination in housing, employment and public accommodations to provide protections for LGBT Hoosiers.”

“Indiana is already on the verge of losing billions of dollars and thousands of jobs because of this dangerous law,” the letter continues. “Major organizations have announced they are canceling conferences, and companies are pulling business from Indiana to protect their employees and customers from discrimination.”