It was crowdsourced, a massive homework assignment by a public agency to enthusiastic civilians. That’s how we found what may turn out to be the biggest, most exciting, most game-changing discovery since ever and ever.
Crowdsourcing.
Sometimes, the world seems to be filled with little, like all those little people running for President, saying little, treating us little. Now we have big.
NASA has mountains of data from its Kepler Space Telescope. The public was asked to help measure the characteristic drop in light when planets in other solar systems (exoplanets) cross in front of their parent stars. More than 300,000 volunteers chipped in. 100,000 stars later, human’s superior pattern recognition beat machines to find Star KIC 8462852, already nicknamed Tabby’s Star by some, after Yale researcher Tabetha Boyajian. She coordinated the crowdsourcing and submitted the paper to the Royal Astronomical Society that kicked off everything.

Scientists are going very slowly, reviewing everything. That’s the method, that’s how they work. It may be another few years before a consensus is formed. They’re playing it so cool that many readers may have missed the story.
We may have found others.
This isn’t a joke. This isn’t a drill.

When a planet orbits (“transits”) in front of its star, there is a very slight dip in detectable starlight. There’s a slight dimming and then a brightening, over and over. From this, scientists can deduce the shape and size of the orbiting body (thank you, Dr. Einstein).
The physics of planetary formation (see “hydrostatic equilibrium”) basically dictate that objects above a certain mass are going to end up round. Equal (“symmetrical”) brightening and dimming of a star tells us that the object going around it is round. The dimming and brightening from Tabby’s Star isn’t symmetrical at all. It’s erratic. And that’s not all.

Typically, planets dim and brighten by 1 percent as they come around their sun. Tabby’s Star, now observed for several years, dims and brightens by up to 22 percent. It’s all over the place, in fact. 7 percent, 8 percent, 15 percent. Multiple gigantic objects which are not round seem to be going around that star. 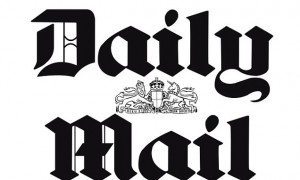 It was The Daily Mail, the British newspaper, that became the first major news outlet to run with the story. They coined this phrase, “alien megastructures” which has been picked up by media around the world. Astrophysicists themselves, who are mostly timid pack animals when it comes to controversy, are loathe to use the word “alien” under any circumstances until every other possibility has been eliminated.
Some of them are starting to use it.

Gigantic structures around a star could be evidence of a Type 2 civilization on the scale developed by Nikolai Kardashev and refined by physicist and perpetual media guest Michio Kaku. Technological civilizations constantly increase their need for energy. If advanced enough, they will become capable of harnessing energy from their sun, possibly using gigantic structures known as “Dyson Spheres.”

Recently, Dr. Gerry Harp of the SETI (Search for Extra-Terrestrial Intelligence) program, who has the job Jodi Foster had in the movie Contact, said this: “We either caught something shortly after an event like two planets crashing together, or we have alien intelligence.”

Dust blocks blue light. There is no indication of any dust from KIC 8462852, so it’s not planets colliding. One by one, scientists will eliminate natural possibilities. When the natural possibilities are eliminated, it would mean the discovery of intelligent life.
If it turns out to be another civilization, we’re seeing their technology as it was 1,480 years ago (it’s 1,480 light years from us). We probably don’t want to bother them, or even alert them to our presence. A little humility before the universe is order.
Meanwhile, good for all of us for living to see this play out.
Michael Miller (mmillercolumn@gmail.com) has worked in state and local government. He lives in New Hyde Park. The views expressed in this column are not necessarily those of the publisher or Anton Media Group.