Anthony and James Gaudioso of West Los Angeles, by way of Hicksville, have fashioned a solid career in independent filmmaking. 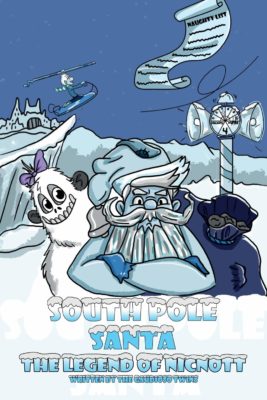 They have secured distribution and financing for their movies, which have made money for their backers. They have worked and are slated to work with such actors as Jonathan Pryce, Mickey Rourke, Ali Larter, Tippi Hedren (Alfred Hitchcock’s “The Birds”) and Richard Roundtree (“Shaft” and its remake). They have written, directed, produced and acted in their films.

But the COVID-19 pandemic changed everything, of course. All film production came to a halt in March 2020. Without the familiar rhythms of movie production, the identical twins found themselves looking for alternate creative outlets.

“During the pandemic I was kind of down in the dumps,” James related. “I said, ‘I need an outlet. I’ve got to create something.’ And the film industry was on hold with theatrical releases. So I just started writing, and me and Anthony came up with a line of children’s books.”

He joked that during those long months of pandemic and isolation “I got tired of taking field trips to the kitchen.”

On a recent visit to their hometown, the pair met with a reporter at the Hicksville Public Library, a part of their childhood and teenage years.

“We’ve been home pigging out with Mom,” James laughed. “We’ve been here about a month. It’s fun to take a break, especially being out [in California] for so long.”

“We love both New York and California,” Anthony added. 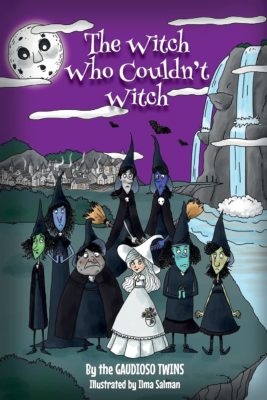 Giving a glimpse into the creative process for his fitrst book, South Pole Santa, James said, “I was always fascinated by the North Pole, but I like opposites, and I said, ‘What’s at the South Pole? What if Santa had an identical twin? What if that other Santa was responsible for the naughty list and not the nice list, doling out charcoal to all the naughty kids?’ And that’s sort of where it came from.”

He added, “I had to channel [my creativity] somewhere.”

So during the shutdown the brothers collaborated on four books: South Pole Santa, The Witch Who Couldn’t Witch, The Star Who Couldn’t Shine and The Unicorn That Lost Its Horn. They are bylined as The Gaudioso Twins and dedicated to their mother Maryann, who still lives in Hicksville and is credited for inspiring their imagination.

The brothers hope the stories are engaging and interesting and send a message—just one that doesn’t hit young readers too hard over the head, they emphasized.

They found an illustrator, Salmon Khan, who’s unusual in that he works in numerous styles. James shopped the book around and soon found interest from Barnes & Noble, which placed the books in its West L.A. stores and its websites. Later, the books were also placed with Amazon.

“We created them together, but James really does the bulk of the writing,” Anthony said. “And then I went through and did some help doctoring them and also helped with the design.”

“Anthony is an incredibly sound writer, so if I need help dotting the I’s and crossing the T’s I know I could always trust him to edit and tie the loose ends together,” James observed.

“It’s a different style of writing,” James admitted. “It’s not like writing a script.”

To prepare, he read a lot of children’s books and found that rhyming children’s narrative (a la Dr. Seuss) is very popular.

Inspiration is fickle, James admitted. Often, when he sets time aside to create, nothing comes forth.

“Sometimes I’m at a supermarket and the inspiration flows,” James said. “It’s like a well, sometimes it runs dry and sometimes it’s overflowing.”

“If you’re not terribly inspired you have to force yourself through,” Anthony said. “Sometimes you’d rather watch TV and have a pizza.”

Getting the books placed on Amazon was laborious, James related, and there were many technical details to slog through.

But film remains their first love. They just produced one called “Mid-Century,” starring Bruce Dern and Stephen Lang. Another is in the development stages.

“Not bad for two guys from Hicksville,” Anthony expressed.

Read about the brothers in a 2016 Long Island Weekly  profile here.

Check out www.amazon.com and www.barnesandnoble.com to order their books.