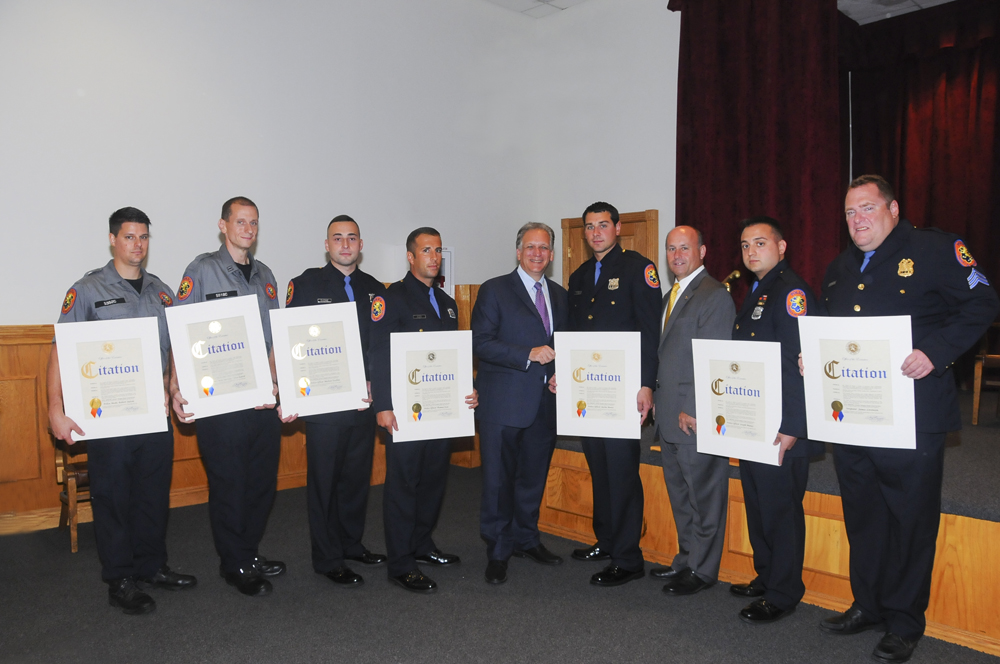 Nassau County Executive Ed Mangano joined Acting Police Commissioner Patrick Ryder to honor seven police officers and medics who aided an individual attempting to commit suicide on Wednesday, Aug. 16, at the Atlantic Ave/Brower Bridge in Oceanside. A suicidal man was found hanging off the bridge with a jumper cable tied around his neck. The officers arrived on scene, where Sergeant Lorenzen ordered the rope to be cut. The man fell into the water, and the officers performed CPR. He is now in the hospital in stable condition. Mangano thanked the first responders and presented them each with a citation for their bravery.

“I want to thank these seven brave and dedicated first responders for all they did in the triumphant rescue of a resident from a suicide attempt early this morning,” said County Executive Mangano. “The men and women of the Nassau County Police Department and Ambulance Bureau protect our lives day in and day out. These honorees make me proud, not only as County Executive, but as a resident of this great county.”