Country Music Chameleons: How The Mavericks Continue To Live Up To Their Name

When Chris and Rich Robinson made the November 2019 announcement that the Black Crowes were reuniting, it represented a reconciliation between the siblings after...
Read more
TOP STORIES

In this day and age of an imploding music industry, file sharing and the declining sales of recorded music, it almost seems counterintuitive for artists to go out and record records. So what to make of The Mavericks not only deciding to put an album out, but to record its proceedings in mono. That’s exactly what the iconoclastic quartet decided to do with Mono, the band’s eighth studio album. It’s a path frontman Raul Malo admitted was inspired by listening to loads of vinyl in the studio, using vintage ribbon mics while recording and subtle prodding by a close confidante of the band.

“I’ve been toying with the idea for years now. I think it got to the point where we were in the studio every day and before we’d get started, we’d be listening to some of our favorite records. We had the world’s greatest stereo system cranked up every day and what we realized was how beautiful these records sounded and they were all in mono,” he explained. “As we got into the recording process and used nothing but old ribbon mics on everything, the album was already starting to take on this hue, because that’s what those microphones do. And [producer] Niko [Bolas] turned to me and asked if we wanted to do it in mono. When I realized that he was a willing participant in this crime against humanity, we decided to do it up and go full steam ahead. It just seemed like a natural fit plus what the hell, if we don’t do it now, when are we going to do it?” 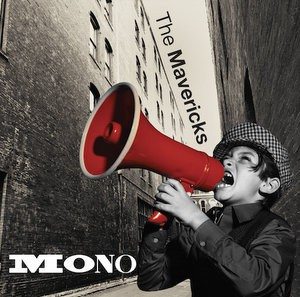 The result is a rich sounding collection of songs that is firmly in the Mavericks playbook that’s always found the band playing country music in their own distinctive manner. It’s clearly demonstrated right out of the gate thanks to the combination of blaring horn and the samba cadence that punctuate Malo’s bilingual pleading on the opening cut “All Night Long.” From here, the Mavericks shift gears from snappy honky-tonk (“Out the Door”) and country-soul (“Pardon Me”) to punchy ska (“Summertime [When I’m With You]”) and even a cover of Tex-Mex legend Doug Sahm (“Nitty Gritty”). As the band’s primary songwriter, it’s an approach that Malo credits to the musical tastes he incubated growing up as the son of Cuban immigrants in southern Florida during the late ‘60s and early ‘70s.

“Miami is a pretty varied and dynamic place, so there was always a lot of different kinds of music. So I never really thought anything of it. You just turned on the AM dial and you could hear the Mamas & the Papas, The Beatles and Frank Sinatra in the span of about 10 minutes and that’s how I grew up listening to music,” he recalled. “Then you throw in the Cuban music along with all the tropical stuff—the ska and the reggae that was all around in that era, and I just grew up really loving and appreciating a lot if not most of it.” 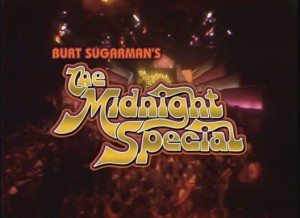 And if you’re wondering how a Cuban kid living in Miami wound up loving country music, look no further than a childhood spent watching Hee Haw. That, along with a litany of other music shows that aired on one of the three networks that included The Lawrence Welk Show, Don Kirshner’s Rock Concert, The Midnight Special and Soul Train were what shaped young Raul Malo’s musical worldview. 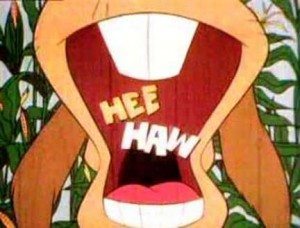 “As a kid, I couldn’t wait for Saturday nights to turn on the television because that’s when a lot of the music shows were on,” he said with a laugh. “So Saturday night was just sitting in front of the TV and watching as much music as I could. I didn’t care if it was country music or not. Because it was music and I loved it so much, I watched it and I tolerated the silly jokes just to get to Conway Twitty singing a song at the end of the show in his pink lapel suit or whoever was on. Sometimes it was Merle [Haggard], Buck [Owens] or any one of those guys. I guess it’s kind of looked upon as a bit kitschy, which it certainly was. The jokes were silly. It was a family show and it had that kind of, aw shucks country sense of humor but there was no denying the music and what was cool to me was hearing those guys.”

For The Mavericks, this go-round is a shot at that second act that F. Scott Fitzgerald was famous for once saying never happens. The band’s first chapter found them getting signed to MCA Nashville in the early ‘90s, when other neocountry acts like Lyle Lovett, Shelby Lynne, k.d. Lang and Dwight Yoakam were briefly given a seat at the Music Row table. For The Mavericks, success was significant in the shape of a handful of Top 40 country hits, CMA and Grammy awards and six studio albums before creative burnout and a degree of acrimony caused the band to splinter in 2004. With the members going separate ways, Malo went off and recoded six solo albums, never really expecting to see The Mavericks come back together. But he wound up missing the band than he thought he would.

“Everybody went their separate ways and then a few years went by and I was making solo records. I felt myself more and more, after every record, just thinking to myself that I wish The Mavericks were playing this song or I’d wish that we’d do a gig every once in a while. And the more solo records that I made, the more they started to sound like Mavericks songs,” Malo said. “I tried so hard to get away from it but then you just get to a point where you realize that maybe this our thing and maybe this is something that’s special. I think for a while when you’re burnt out, you don’t have perspective. So fast forward, I really kept missing the band. I had a conversation with my friends over at Big Machine, Alison Jones and asked her what she thought if we made a Mavericks record because I had these songs that sounded like it could be a Mavericks record and it was the In Time record. They were all for it and that was it.”

Currently calling Nashville home, Malo admits it’s a bit different this time for The Mavericks as far as the country music industry goes. And while Taylor Swift is a labelmate, he’s realistic enough to know that the door to mainstream country music airplay isn’t going to be swinging open for his band any time soon. But having been down this path before, he’s at peace with the position The Mavericks currently occupy.

“We get a lot of movie and TV placement, so there are other ways for us to still have a hit record. It’s just not going to be conventional and not going to be the way it used to be,” he admitted. “But that’s okay, because that’s our own doing. I don’t want to do this any other way and at the end of the day, we did it the way we wanted to do it. And that counts for something.”

The Mavericks will be appearing on Oct. 29 at The Space at Westbury, 250 Post Ave. in Westbury. For more information, call 800-745-3000 or visit www.thespaceatwestbury.com