Fun. That’s the word that comes to director Alison Ellwood’s lips when you ask her to describe the experience she had helming the recently...
Read more
Careers & Profiles In Education

Experts Share Their Best Tips For Job Hunting During The...

Part of adjusting — and thriving — in this “new normal” is positioning yourself as solid hire in the post-COVID job market.
Read more
News 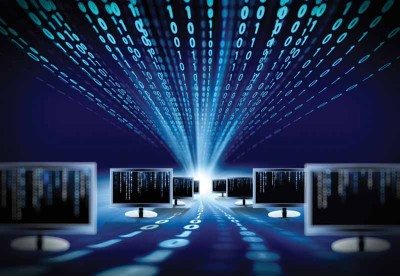 In the age of technology and information it is hard to determine what trends will dwindle off and which will thrive, but adolescents today are embarking on a social trend that goes beyond the means of networking and communication. With popular TV shows like Mr. Robot and groups such as Anonymous emerging in the mainstream, computer programming is becoming increasingly popular among children and young adults.

In 2014, Fortune reported that “Intro to Computer Science I” emerged as Harvard University’s most popular course for their fall semester. Since then the popularity of that course has grown so immensely that Yale students have been able to experience the course interactively through a joint website between both Ivy League schools.

But why is computer science so popular? A study done by Glassdoor revealed that out of the 25 highest paying jobs in 2015, tech roles dominated the list. Jobs like software architect, software development manager, user experience designer and software engineer were all ranked highest paying. Professor of mathematics and computer science at Adelphi University Dr. Robert Siegfried said that this is what employers are now looking for.

“These days when students are looking for fields they are using computers heavily,” said Siegfried. “It’s not just engineering. It’s economics and businesses that need it too.”

College students and employers are not the only ones interested in programming. Cyber security analyst for ABC Parts International Brian Persad said that he started coding when he was 15 years old.

“I used to make custom AOL profiles for my friends, adding color or music to a standard template,” said Persad. “Coding and programming were things that fascinated me even when I wasn’t taking it seriously.”

Persad also attested to the fact that the media has influenced adolescents in wanting to engage in computer science-related activity.

“Movies like Live Free and Die Hard, Open Windows and Cyberbully make it cool to pursue a career or even take up coding as a hobby,” said Persad. “Coding is popular to kids these days because of the technological and communication world we live in.”

It’s no secret that computer science is a major foothold in society, but children are now being exposed to this technological world at a very young age.

“My son had his first exposure to computers at 2 years old,” said Siegfried. “He is now majoring in computer science at Adelphi.”

Both Persad and Siegfried agree exposure to coding may not necessarily be a bad thing for children.

“Many parents understand the importance and relevance of it,” said Siegfried. “Many see it from earlier on. There is a dichotomy though. On one hand, parents are interested, but not a lot of schools offer it.”

Though many schools may not offer computer coding as a course, parents should be aware of how children can utilize coding in their daily lives.

“With knowledge of coding, kids can create apps with their smartphones, build websites for their own personal use or for businesses, or even create games for themselves,” said Persad. “Also, coding builds troubleshooting skills for daily lives. You can learn to solve a problem even if one path is closed.”

Previous articleMotivating Your Child
Next articleScouts Choose Literacy For Their Bronze