One week after little Jon D’Alessandro came into the world a year ago, he was whisked into a seven-and-a-half-hour open-heart surgical procedure to address his being born with transposition of the great arteries, a serious but rare congenital heart defect. On this past April 4, a 50-car parade of neighbors, friends and strangers drove by the D’Alessandro family’s Massapequa Park home to help them celebrate Jon’s one-year “Heartiversary.” Carrying some of the roughly 100-plus participants were four motorcycles, three police horses, four police cars and two firetrucks.

While COVID-19 and the social distancing requirements that come with it effectively quashed the original celebration that was going to be held at a nearby hall, Jon’s mother Allison had no idea of the turnout that would ensue once the D’Alessandros decided they would go with the car parade concept that has sprung up in light of the pandemic.

“When we started hearing about these car parades, I thought that would be cool and it would be something to show him in 15 years about how his family was so willing to put themselves out there to celebrate him,” she said. “It was really just word-of-mouth and one thing led to another. There were people here that I didn’t even know. One car that truly touched my heart was a family from Franklin Square. We didn’t know each other. They saw our story on social media and this woman’s son is a child with autism. He’s been so scared to leave the house since this virus started. He heard about Jon and told his mom that he wanted to leave the house and he needed to celebrate this baby. I thought it was so special because Jon is the joy the world so needs. He truly is a miracle. People still need to remember that through the bad, there is good and all of [the bad] comes to an end.”

Jon’s father Anthony is a New York City mounted policeman, while his older siblings are four-year-old sister Charlie and two-year-old brother Anthony, Jr. The rare congenital heart condition the baby was born with meant that his pair of two-millimeter arteries had to be moved since the way blood circulates through the body was changed, leaving a shortage of oxygen in blood flowing from the heart to the rest of the body. Without an adequate supply of oxygen-rich blood, the body can’t function properly and Jon could have faced serious complications or death without treatment. Born at 7 pounds, 2 ounces, Jon was intubated twice before he was deemed ready to undergo the lengthy surgical procedure. While he came through it on the upside, his mother acknowledged certain realities are part of Jon’s new normal going forward.

“Basically, Jon is a baby that comes with a handbook,” she said. “For starters, the one thing we’re never able to do is pick him up by his arms. You never want to pick him up by his arms throughout his life because it can stretch the coronaries. If they stretched, it would cancel out his whole operation and his survival would be imperiled. He might end up having to go under the knife again and not survive it. We also always monitor his skin color, breathing and all those fun things. He does still tend to turn a little blue in his legs. He’s fixed, he’s not cured. He has EKGs, echocardiograms and his oxygen levels are monitored. He’s under cardiac care, which means he goes to a cardiologist and is  hooked up to all these machines every two months and will be for the rest of time. ” 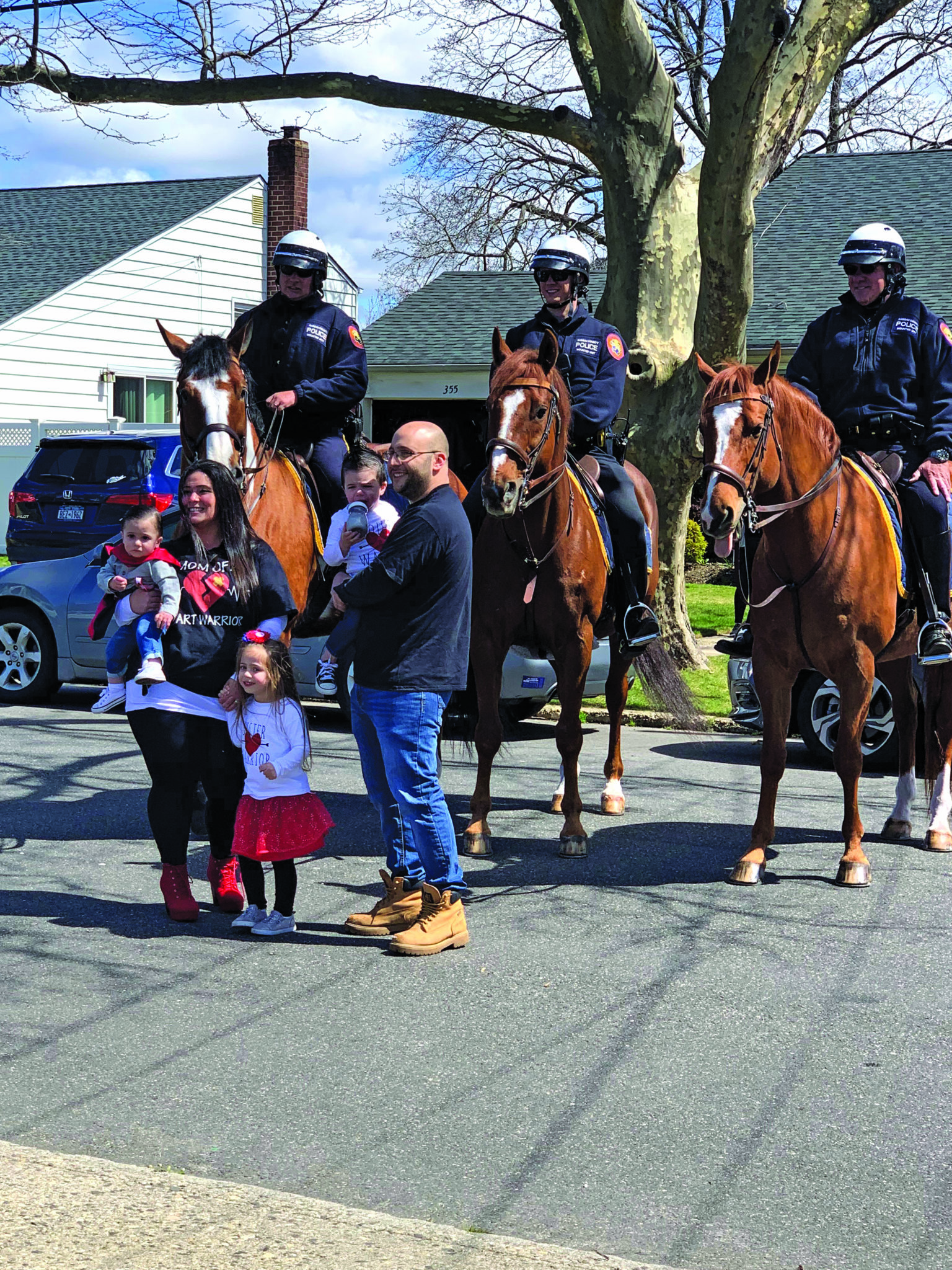 Given the complexities that come with having such a rare congenital heart condition, D’Alessandro had to stop working as a behavioral therapist for children with autism. And while she was unaware that the condition her baby was diagnosed with even existed, D’Alessandro has fully embraced getting the word out about it.

“It’s a big misconception that since had his surgery, he is fine and fixed,” she said. “They mended his heart and it’s something he’ll have to live with forever. It’s a scary journey, but being put through it means only the strong can last through it. Especially with this car parade, it wasn’t just to celebrate his journey. It’s to advocate about congenital heart defects. Until you’re in this situation, you know nothing about it. Someone once told me you have to advocate like a mother and that’s what I’ve been doing.”

Among the many hurdles D’Alessandro’s baby faces are a 15-to-20 percent chance of having another open-heart operation and a strong chance that he will face intellectual challenges as he grows due to the lack of oxygen from being on bypass for so long. Throughout this ongoing ordeal, this young Massapequa mom has felt the combination of modern medicine and God has kept her faith. The recent Heartaversary event also immensely helped.

“People aren’t necessarily supposed to leave the house and they were taking chances for someone that’s not even directly related to them,” she said. “As a mother, I can’t even describe the love that I felt that day. Kindness still shines through.”

Previous articleThe Power Of Presence For Children In A Time Of Crisis
Next articleThought Gallery: Three Virtual Events To Keep You Busy