Swedish synthpop group Little Dragon played a sold-out show at the historic Apollo Theater in New York City on Thursday night. Consisting of Yukimi Nagano on vocals and percussion, Erik Bodin on drums, Fredrik Källgren Wallin on bass and keyboards and Håkan Wirenstrand on keyboards, the band has been touring the globe following the release of its fifth studio album, Season High, in April of this year to positive reviews. Having received a Grammy nomination for Best Dance/Electronic Album for 2014’s Nabuma Rubberband, Little Dragon may earn some well-deserved recognition during the upcoming awards season for the fancifully upbeat Season High, tracks from which featured heavily on the Aug. 31 setlist.

“We are so incredibly proud to be here tonight at the Apollo Theater,” Nagano said. “So much music that has inspired us comes from here.” 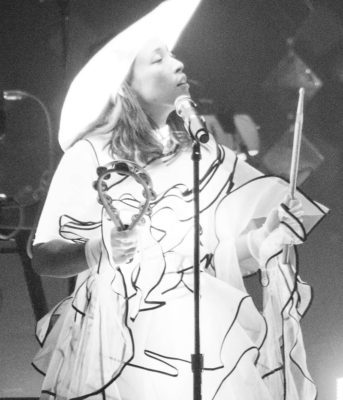 Nagano is a dynamic performer, evoking glimpses of Björk on stage, while showcasing her unique identity. Wearing a neon yellow cocktail dress wrapped in white mesh ruffles edged in black and matching wide-brim hat, Nagano literally glowed throughout the concert that had attendees dancing in the aisles. 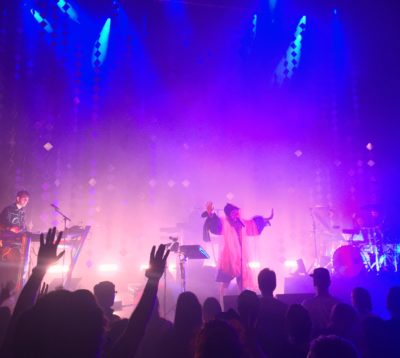 A costume change mid-evening revealed Nagano in a fringed tinsel robe, draped in and dripping with coral tulle, a design called LINES by Saina Koohnavard. She appeared lit from within as she vibrated around the stage waving her trademark teardrop tambourine.

The low-tech backdrop of hanging mirrors glittered and reflected the lights, adding depth and subtle motion throughout the lively show,

A live Little Dragon concert is a sensory experience of trance-inducing rhythms and otherworldly beats. A study in the unity of opposites, their alternative brand of eclectic electronic dream pop awakens listeners to a new musical sensibility.

View our photo gallery below: 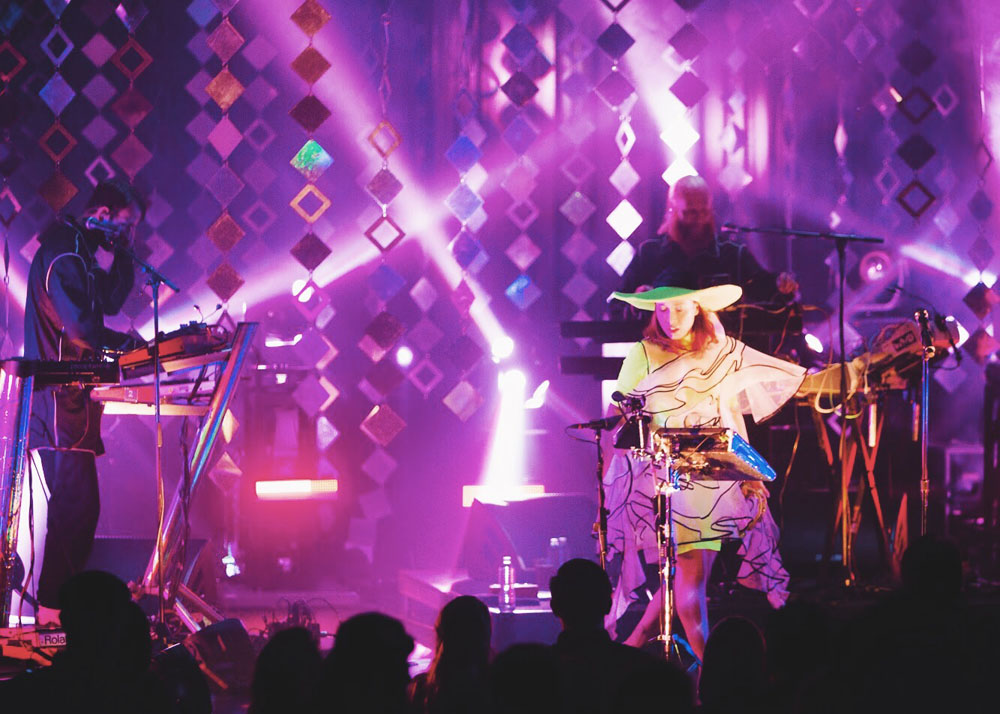 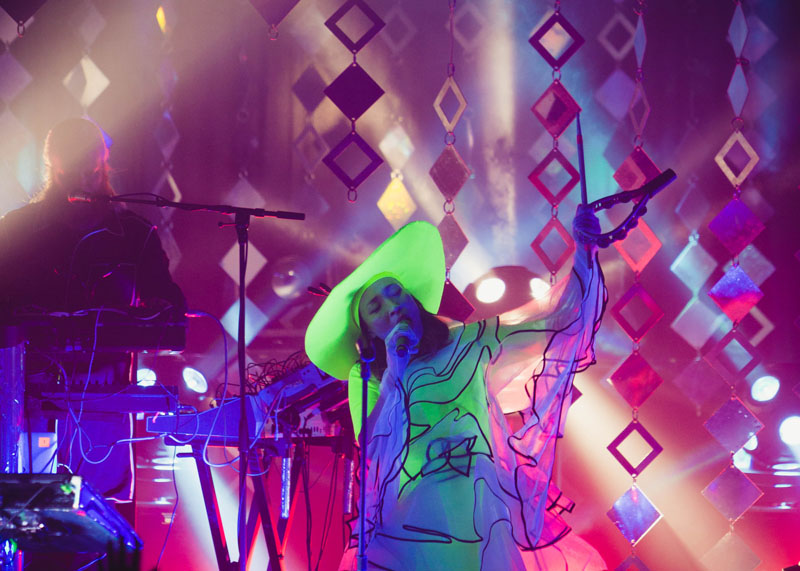 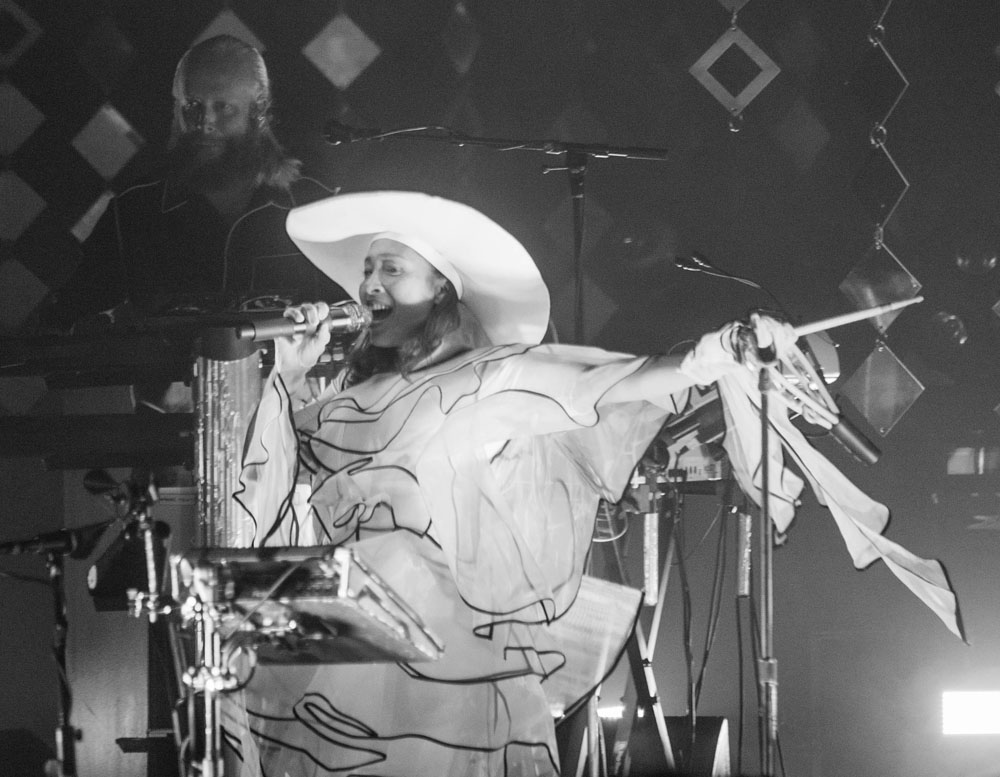 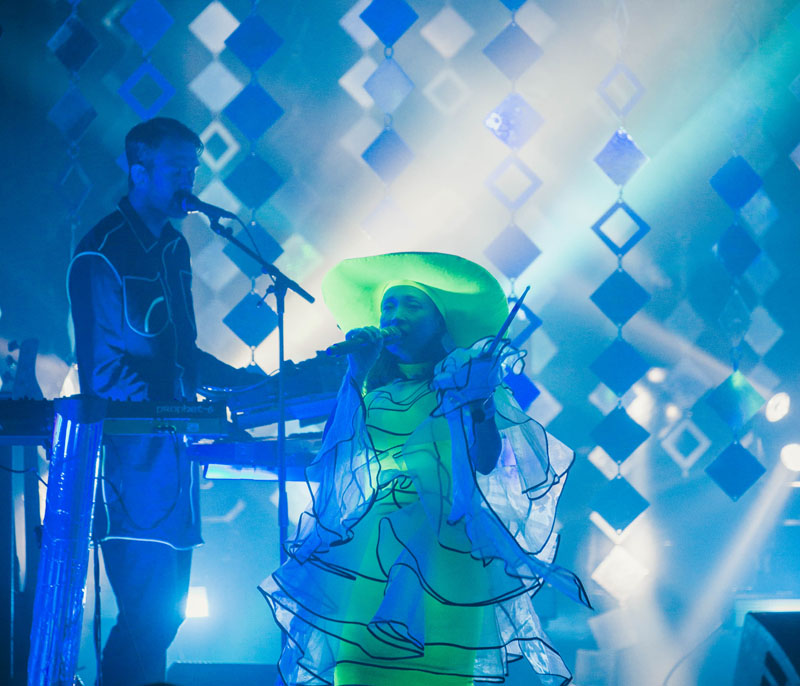 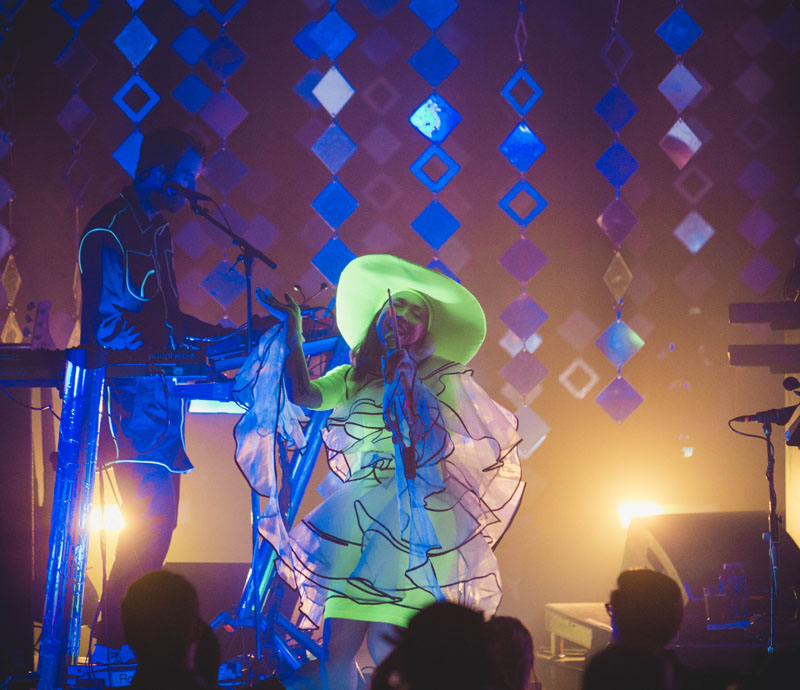 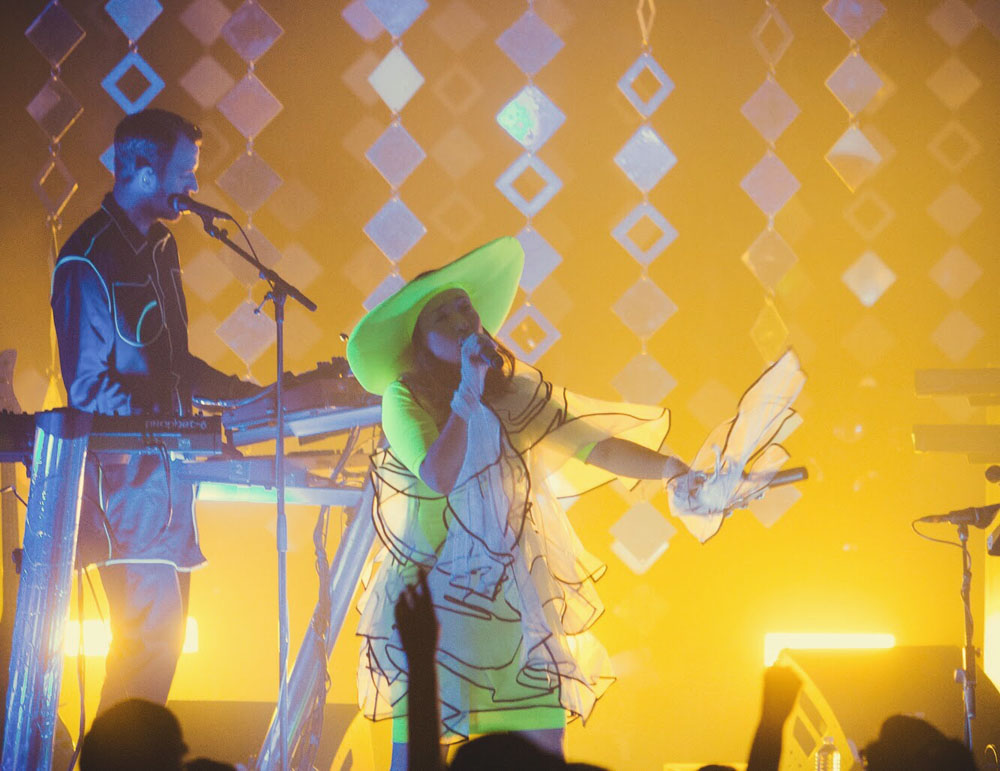 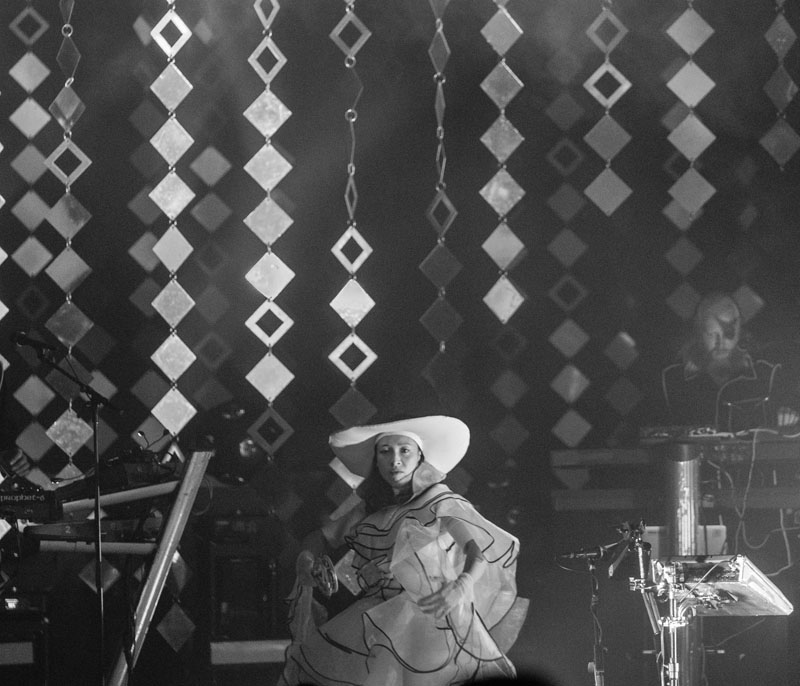 Experimental R&B artist Xavier Omär opened the evening, marking his last day on tour with Little Dragon. Omar’s debut EP, The Everlasting Wave, has garnered industry praise. “Don’t run to safety when you know you have a passion,” he said, encouraging the audience to follow their dreams like he has.

Little Dragon is playing MOMA PS1 in Long Island City on Sept. 2 before departing on a European tour. Learn more at little-dragon.net.

For upcoming shows at the Apollo Theater, visit www.apollotheater.org.