Coffee Through The Ages: A History Of The Morning Brew 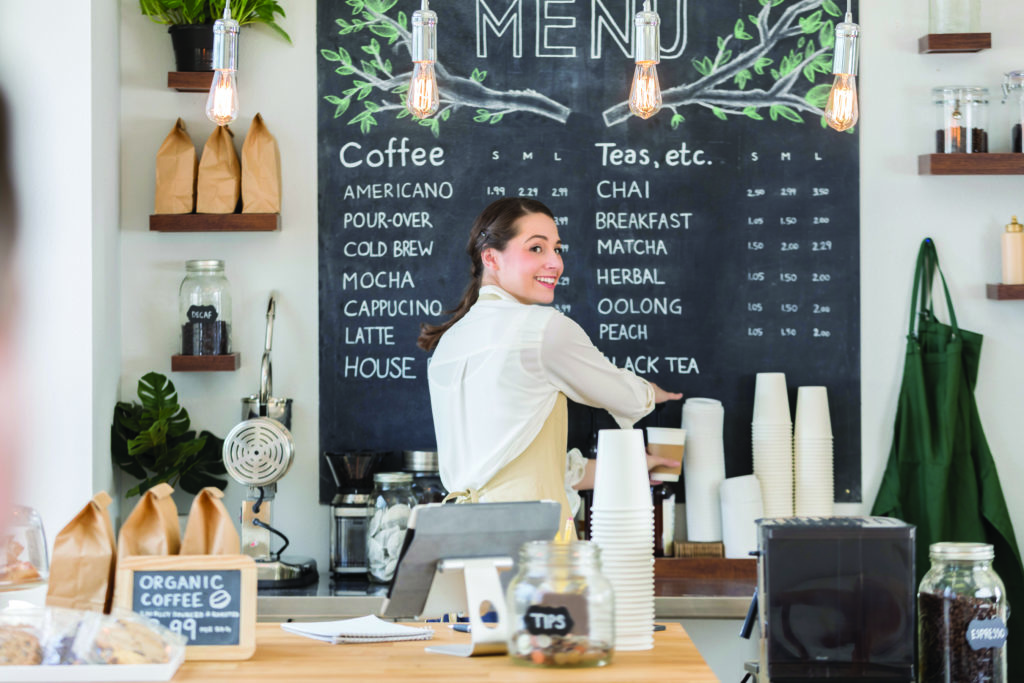 Coffee beans. An incredible bean that provides its consumers with waves of energy. An everyday bean that when roasted, can turn a gloomy day into a happy one after just one sip. A historical bean that was first discovered in Ethiopia and slowly gained popularity around the world.

Around 700 AD., a goat herder noticed that his goats were suddenly livelier. While he observed this odd behavior, he soon realized that the animals were eating red berries that caused such side effects. Upon experiment, it was soon discovered that if thrown into a fire, the berries produced a wonderful, pleasing aroma—the first noted occurrence of roasted coffee.

In the 15th century, coffee was exported to Yemen in the Middle East. In Yemen, coffee beans were viewed as a common commodity that was traded amongst people. Interestingly enough, the term “mocha” originates from Yemen, since that was a name of the city port that received coffee imports.

Following Yemen, coffee became more widespread in Asia through shipments. Egyptians established coffee houses that were meant for socialization. Those who went to these gatherings enjoyed listening to and sharing information. Gaining an even greater name among countries, coffee was exported to Europe and then to America.

America soon became a main contributor to the coffee industry after the 1773 Boston Tea Party in Massachusetts. After that infamous “tea party,” tea was considered an unpatriotic beverage. In an effort to be patriotic, the United States became more coffee-oriented. Out of all the countries, America is said to import the most coffee to meet consumers’ demands.

By the 19th century, coffee had a global name as it was shipped everywhere. The first coffee machine called the percolator, which had to be put over a fire for the beans to roast, was created during the Industrial Revolution. Soon after, a modern coffee roaster was invented—the most unique quality of this modern machine was that it did not need to be placed over a fire.

Decades later in 1901, the first espresso machine was created, known for using water and steam to brew coffee. In 1971, during another revolution, a group of people established the ever popular Starbucks. At the time, Starbucks was used mainly to roast and sell beans. Then, six years later, the store was purchased, which led to the opening of stores globally. The buyer combined two concepts of coffee and a café. This combination offered hospitality as well as socialization.

In addition to the extended history behind coffee, there are also two species of coffee beans that are most widely sold. The two are Coffee Arabica and Coffee Robusta. The Arabica species is easier to grow and contains more caffeine. Robusta, on the other hand, has higher quality beans and less caffeine. The beans differ more as well in both their acidity and flavor.

Aside from the coffee species, there are also preferences for coffee that are shared among many people in the U.S. In a poll from last year, the top-rated coffee brand in the United States was Dunkin Donuts because of its rich coffee flavor as well its option of different types of flavor they provide.

Coffee has the power to connect people. With the extensive history of coffee beans dating back to centuries, as well as the various machines that have been introduced to brew coffee, it is clear that coffee serves two main purposes—to provide consumers with energy and to bring people together by connecting them. Whether centuries ago or today, coffee lives up to its standards.