The what, why and how of lobsters 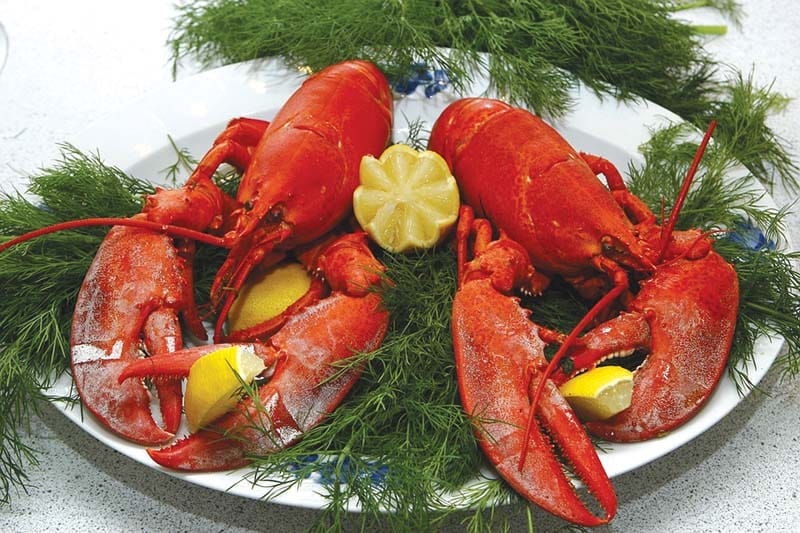 Lobster has allured me for so many of my nearly 40 years on this planet that I struggle to remember my first encounter and find it damn-near impossible to pinpoint when exactly this crustacean became my all-time favorite food.

The earliest run-in I can recall is probably watching my grandfather dispatch lobster after lobster in our kitchen sink with a long, sturdy knife. He would place the doomed creature on its back and jab the knife into the lobster’s “chest” before dragging the blade down to the tail, splitting the lobster in half.

The entire scene was more ritualistic than gruesome, as my grandfather made sure to convey a constant respect for the animal that was to give up its sweet meat. Then, after cleaning and steaming it, the old man would sit with me at the dinner table, demonstrating the proper way to dismantle the lobster and find all of the hidden bites. Aside from the obvious tail and claw meat, I was shown the tender morsel of the knuckle, the delicate sweetness of the slender legs, the flavorful if hard-to-reach chest cavity meat, and finally the briny and buttery head fat.

Indeed, I learned from him at a young age that a lobster dinner is not to be rushed—even if we were satisfying our crustacean craving at the local Red Lobster, we would meticulously remove every last edible trace, leaving only the shell, antennas and eyes.

Fast forward to present day, I am more obsessed than ever with the succulent bottom feeder—and with National Lobster Day quickly approaching on June 15, I figured now would be a good time to dive into the history of this classy seafood indulgence that is more of an event than a mere meal. 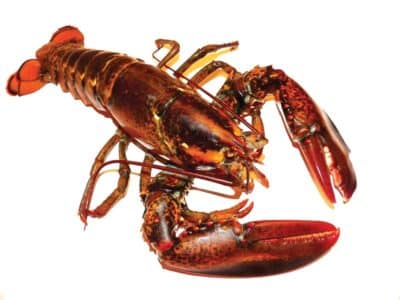 Started At The Bottom And Now…

When the first European settlers reached North America, lobsters were so plentiful that they would reportedly wash ashore in piles up to two-feet high. While this might sound like a dream, back then it was a nuisance and the sheer bounty of lobsters made them crucial sustenance during hard times. This gave rise to the sea bug’s unfortunate reputation as a poor man’s source of protein, as well as the nickname “cockroach of the sea.”

Lobsters were dirt-cheap because there were just so damn many of them. And since they were essentially peasant food, lobsters were usually fed to prisoners, lowly apprentices, slaves and children during and after colonial times. In Massachusetts back then, a place that must’ve been crawling with lobsters, some servants would seek to include stipulations in their contracts that they would only be made to eat shellfish twice a week as a way to avoid having to eat the clawed creature. Can you imagine?

It wasn’t until the 1880s in New York City and Boston that the negative reputation began to wane and lobsters started to steadily become more and more popular with discerning diners. By the time World War II rolled around, lobster was officially a delicacy and the economic boom that followed the war caused anyone who could afford it to develop a healthy addiction to lobster.

The lobster has barely changed in its more than 100 million years of existence. At the risk of getting too graphic: its brain is in its throat, its nervous system is in its abdomen, its teeth are in its stomach and its kidneys are in its head. Lobsters hear with their legs and taste with their feet. Also, like humans, lobsters tend to favor one front limb—so yes, lobsters can be righties or lefties.

One of the more gristly truths about lobsters is that when they are crowded into tight quarters in display tanks, they tend to become cannibalistic. Oh, and lobsters might be eternal. Although they are susceptible to death by disease or attacks (by other creatures as well as humans), research shows that lobsters can theoretically live forever because aging does not raise their chance of dying. This is credited to an enzyme known as telomerase, which protects the DNA in their cells from damage during the natural replication process.

So, thinking exponentially, if we didn’t eat lobsters they’d probably take over the world.
And though they are rich and decadent, lobster contains fewer calories than boring-old skinless chicken breast. It’s also loaded with omega-3 fatty acids, potassium, and vitamins E, B12 and B6.

If staring into the eyes of a vanquished lobster via steam or boiling water isn’t for you, there are plenty of other lobster dishes that will give you the luscious flavor we all deserve to experience. There’s lobster Thermidor, the French dish that incorporates a creamy mixture, egg yolks, brandy and cheese. And if cheese is your vice, definitely find some lobster mac n’ cheese. Not in the mood for cheese? Fresh pasta topped with chunks of lobster and herbs in a cream sauce should do the trick. And if beef rings your bell, go for Lobster Colorado, which sees lobster broiled and placed upon beef tenderloins.

So when National Lobster Day rolls around, find your favorite lobster trap, tie a bib around your neck and get crackin’. But remember: Never rush through a lobster dinner. If you do, there will be shell to pay.