Fifty years ago, a television producer’s desire to teach disadvantaged children how to read came to life and Sesame Street appeared in America’s living rooms. The wholesome characters, of both the human and Muppet persuasion, have become ingrained in the collective psyche of children in this country for decades. Elmo, Big Bird and even Oscar the Grouch are our friends, who we can depend on for life lessons and to help us learn our ABCs. 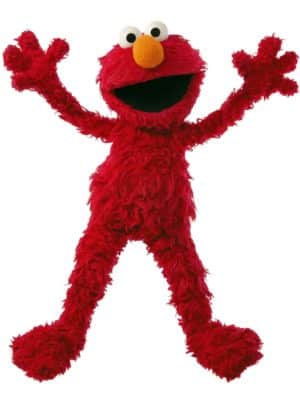 The furry, red monster known as Elmo has a high-pitched voice and a contagious giggle. He is perpetually 3-and-a-half years old and loves to sing. Elmo was introduced in 1972 as Baby Monster and since 1998 has hosted his own segment called Elmo’s World at the end of every Sesame Street episode. Quite the popular little preschooler, Elmo has starred in many of his own TV specials, including Elmopalooza, and guest starred on a variety of television shows. His Tickle Me Elmo doll created a shopping frenzy in 1996. 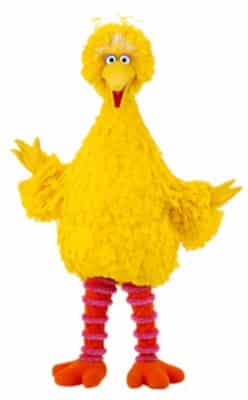 “Asking questions is a good way of finding things out!”

Everyone’s favorite 8-foot-tall anthropomorphic canary, Big Bird is famous for his large size, bright yellow color and curious personality. He is approximately 6 years old and known to enjoy roller skating, ice skating, dancing, singing, writing poetry, drawing and even riding a unicycle. Big Bird makes friends easily and, despite his deep thinking, is prone to frequent misunderstandings. He lives next door to Oscar’s trash can in a nest behind 123 Sesame Street and his best friend is woolly mammoth-like creature named Mr. Snuffleupagus.

Big Bird was introduced in 1969 and puppeteered by Caroll Spinney until 2018. Matt Vogel has been inside the costume on and off since 2002. 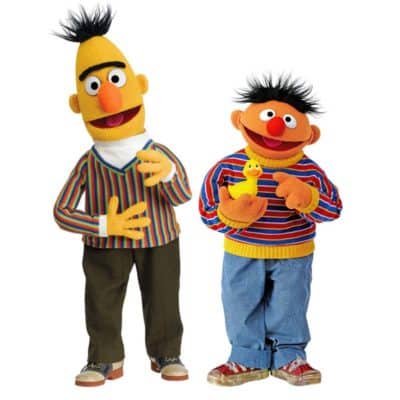 “Rubber Duckie, you’re the one!”

Since the very first episode in 1969, best friends Bert and Ernie (or is it Ernie and Bert?) have shared the basement apartment at 123 Sesame Street. Ernie is fond of bubble baths with his rubber duckie and even wrote a song about it that became a mainstream hit in 1970. Ernie also enjoys trying to learn to play loud instruments at night, such as the saxophone and drums. He is the practical jokester and troublemaker of the duo, while Bert is serious, studious, organized and perpetually irritated by Ernie’s shenanigans. Bert has a pet pigeon named Bernice. The pair do not have specific ages. 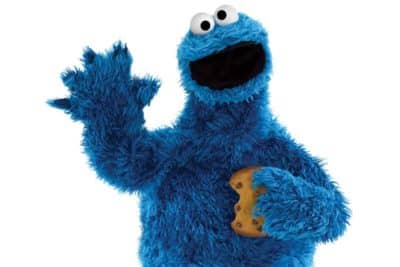 His voracious appetite for cookies defines the character of Cookie Monster, whose first appearance on TV actually predates Sesame Street. He was first seen in a commercial in 1966 before being part of the first season of the beloved children’s show. Cookie Monster has blue fur and wild googly eyes. His signature song is called “C is for Cookie,” and that’s good enough for me! In 2007, Cookie Monster acquiesced and acknowledged cookies are “a sometimes food.” Since then, he models healthy eating habits for children. Like some other Muppet characters, his age remains a mystery.

Frank Oz puppeteered Cookie Monster from 1969 to 2001, when David Rudman took over the role. 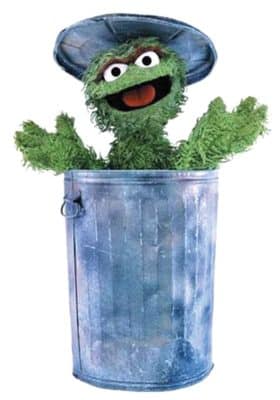 Oscar the Grouch is grouchy by nature. The green furry creature who lives in a trash can was originally orange until a visit to Swamp Mushy Muddy in 1970. He is rarely seen outside his trash can, which is bigger on the inside and where he often spends time with his friend and pet worm, Slimey. Though he is almost always in a grouchy mood, he has a soft spot for human children and is usually nice to them. Oscar has also on occasion shown kindness to his fellow Muppets, so he’s not a complete curmudgeon.

According to Caroll Spinney, who puppeteered Oscar from 1969 to 2015, Oscar is and has always been 43 years old. Eric Jacobson took over the role in 2015. 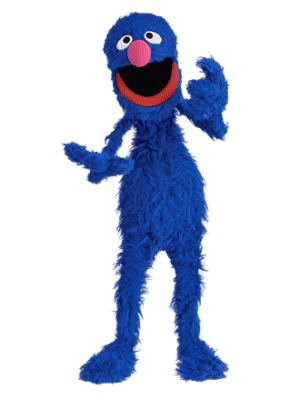 Self-described as a cute, furry little monster, an early version of Grover made his debut on The Ed Sullivan Show in 1967. The blue creature received his name in 1970 and soon revealed his semi-secret alter ego identity, the well-meaning but inept Super Grover. Super Grover often flies to the rescue of a friend in need, then crash-lands nearby. Grover is 4 years old, a good friend of Kermit the Frog and has been featured in dozens of children’s books and videos.

Frank Oz, who developed the character and puppeteered him on and off through 2012, has a personal affection for Grover. He created his distinctive vocal sound and pattern by avoiding contractions in his sentences. Eric Jacobson has puppeteered Grover since 1998.

Previous articlePrivacy, Please: What To Never Ask A Military Veteran In The Workplace
Next articleNew Muppet On The Block Karli Joins Sesame Street