Claim A Place Of Tech Landscape For Long Island

Salisbury, NC, (it’s pronounced SAWLZ-ber-ee) is a happening little city of 33,000 people, with an arts district and outdoor concerts downtown. Late last year, Salisbury instantly became famous when it became the first city in America where residents can get 10 gigabit-per-second internet connections. That’s about a thousand times faster than the average internet connection in this country. The service opened at a local private college but is now offered ($400 a year) everywhere in the city through “Fibrant,” the city-owned broadband service.

Salisbury is pushing on. Consumer bandwidth needs double every two years, and Salisbury intends to stay in the lead nationally. The average Long Islander can download a two-hour movie in high-definition in 30-60 minutes. At the 100 megabits-per-second super premium service offered by FIOS and Optimum, it takes four or five minutes. In Salisbury, it takes 25 seconds.

Practically speaking, there aren’t that many people or businesses in Salisbury that need that much bandwidth. Is it partly a stunt to promote and publicize the city as a place young people, entrepreneurs and businesses might want to live? You bet your outdated channel-changer.

Much of the world has Internet service speeds and at prices like those in Salisbury. In cities throughout Europe and Asia, you can get Salisbury speeds at a fraction of the cost of Long Island’s slower premium services.

Communities across America, mostly smaller cities, aren’t waiting for the lumbering Internet companies, many without real competition, to offer super-fast, affordable service. At least fifty municipalities now offer the general public gigabit-speed internet, many through fiber networks that they’ve installed themselves, or arranged in partnership with a local company.

Some services are still rolling out and are available only to some neighborhoods or businesses. Some are already textbook economic development initiatives, attracting tech companies that can either use gigabit broadband to beat their competition, or which just want to be in a place that seems to understand where things are headed. 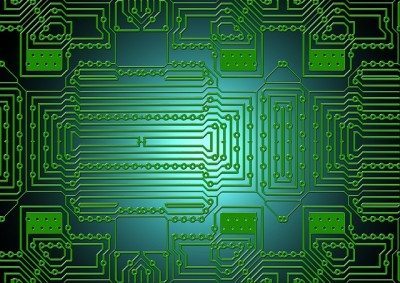 We’ve already written extensively about the tech boom in Kansas City, where they won the competition for the first roll-out of Google Fiber. Chattanooga is recreating itself as “GIGcity.” Their Gigabit network, created by the city-owned electric company, serves all residents and businesses. “The Gig” recently rolled out 10-Gigabit speeds to every neighborhood. The rusty, hollowed-out downtown is filling with tech incubators and investment capital is flowing into the city. The wide bandwidth is especially helpful in advanced medical research and analysis (picture 3-D models of aneurysms and tumors).

No municipality on Long Island, or in New York State for that matter, is on the Gigabit list yet. Why would they be? Our ISP providers have no political, economic or financial incentive to improve what they offer.

No Long Island municipality entered the wild competition for Google Fiber five years ago. The sale of Cablevision to Altice is pending, and commissions from New York City and Connecticut, as well as some private groups, have expressed concerns to regulators about what this may mean for consumers. Long Island’s many local government units seem to be merely watching, if even that.

Some school districts are using money from the 2014 Smart Schools bond money to make bad choices. We need savvy, prepared citizens and not just passive consumers.

Maybe it’s time to create an elected, accountable state Commissioner of Innovation and Technology to establish best practices and to make sure local governments are keeping up with them.

The landscape is changing. There are new opportunities and new risks. We can’t afford to keep lagging. We can’t be left behind.