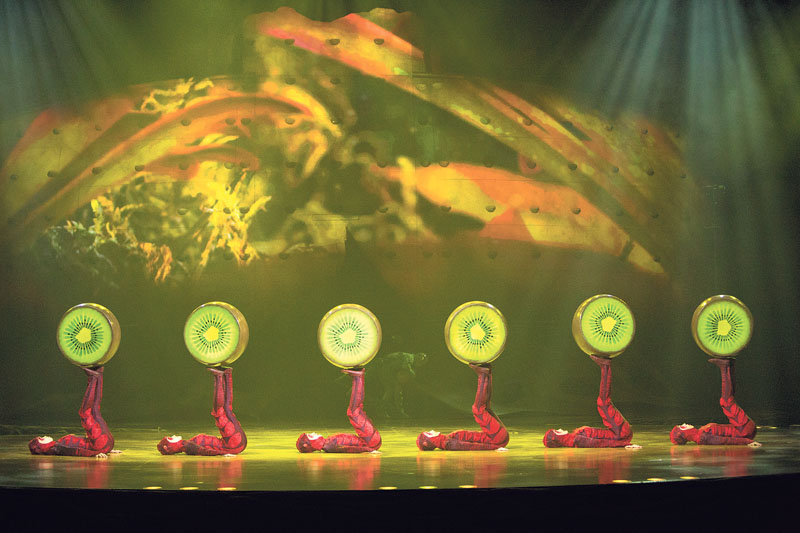 Bugs are headed to the Coliseum. But these aren’t the type of creepy crawlers that require an exterminator, rather, they’re the focus of Cirque du Soleil’s OVO, a colorful and mesmerizing arena show that swoops into NYCB LIVE, home of the Nassau Veterans Memorial Coliseum, from Aug. 30 to Sept. 3.

While all Cirque shows are known for acrobatic amusements and theatrical thrills, each one sets itself apart for its distinct theme and storyline. OVO, the Portuguese word for egg, draws its influences from Latin and Brazilian themes, with bright, playful energy and music weaving throughout the entire performance.

The show transports guests to a colorful and bustling ecosystem inhabited by insects who work, eat, fly, flutter and play. When a mysterious egg lands in their midst, the insects are awestruck and curious as to what it could hold. Out comes a quirky fly, who is instantly smitten by the community’s strong and vivacious ladybug. As their love story plays out, so does life in the bug world, with ants gathering food, a butterfly coming out of a cocoon and a dragonfly weaving its way in and out of plants.

It’s quite easy for audience members to feel small as OVO magnifies the beauty and intricacies of the insect world. Through costumes, makeup, set design and the performers’ acts, the best characteristics from each creature were recreated to look stunning and graceful. Jugglers pose as ants, gathering and playing with their food, while another artist takes on the characteristics of a dragonfly, executing a skillful balancing act. Another scene features a contortionist posing as a spider to capture the attention of a group of crickets while another OVO highlight is the Flying Act, where a group of scarabs soar high above the stage in a stunning aerial display.

“As with all cirque shows, the theme is wildly reimagined and incredibly creative. The set, makeup and costumes are over the top,” said Tim Bennett, artistic director for OVO. “They took each bug and each act in the show and reimagined them. It’s taken what all these insects do and blown them up on a giant scale.” 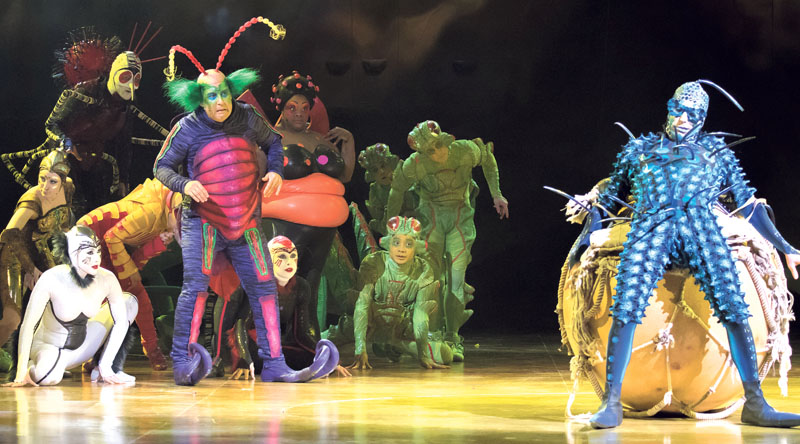 The family-friendly show not only offers audiences of all ages an escape from daily life, but promotes inclusiveness. When OVO debuted in 2009, the inspiration was the environment, but the overarching theme of acceptance still rings true today—thought Bennett notes that the show is not political.

“I hope the show resonates with people. In a world of insects, where a creature could be considered a foreigner and is eventually accepted, people can do the same things in their lives as well,” said Bennett. “Everyone walks out of the show with a good feeling, where they are amazed by the acrobatic acts and theatrics.”