To receive an application to apply for the Fall 2020 semester, visit hopeforthewarriors.org and apply for services.
Read more
TOP STORIES

The story of the 1969 New York Mets is one that has been written about many times in the last 50 years. If you are looking to relive the season or experience it for the first time, there’s plenty of content to choose from. Here’s a list of some of the best books that capture the essence of the Miracle Mets. 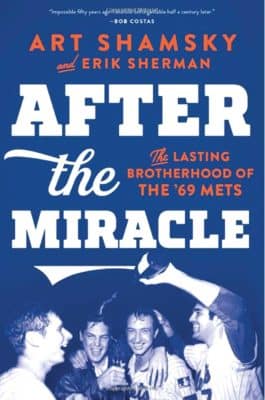 Written by outfielder Art Shamsky and sportswriter Erik Sherman, After The Miracle: The Lasting Brotherhood Of The ‘69 Mets gives an inside look into the New York Mets with accounts from Shamsky, Hall of Fame pitcher Tom Seaver and other teammates not just recounting the championship team, but the aftermath and where they all are today. Shamsky organized a visit to Tom Terrific in California, accompanied by second pitcher, Jerry Koosman, outfielder Ron Swoboda and shortstop Bud Harrelson. Together they recalled the highlights of that amazing season as they reminisced about what changed the Mets’ fortunes in 1969. 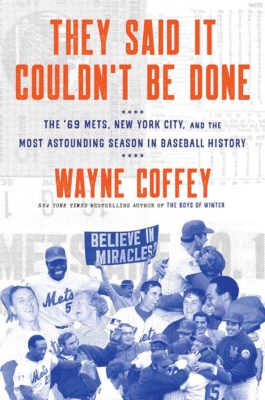 They Said It Couldn’t Be Done

Sports journalist Wayne Coffey brings the 1969 championship back to life in They Said It Couldn’t Be Done: The ’69 Mets, New York City And The Most Astounding Season in Baseball History as he interviews several members of the team and recounts all the highs and lows of the season. At the center of the story is manager Gil Hodges, the leader of the young team who inspired them to go on the run of a lifetime, but died before he closed out his tenure with the team. All of the players interviewed explain their love for Hodges’ belief in the power of each player on the team and how the stats don’t matter. 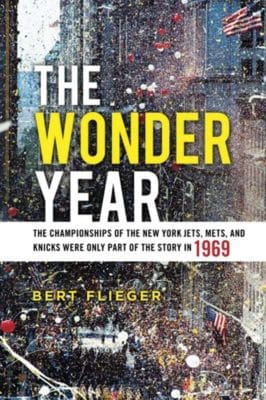 It was a wild time for the New York metropolitan area as the Mets weren’t the only New York team to win in 1969. The New York Jets and New York Knicks, who were also underdogs in their respective sports, came away as champions. Bert Flieger tells the story, through the eyes of his 10-year-old self, of how these three championships helped shape one of the wildest years in U.S. history. The story takes a look at the camaraderie that shined through in all aspects of life. 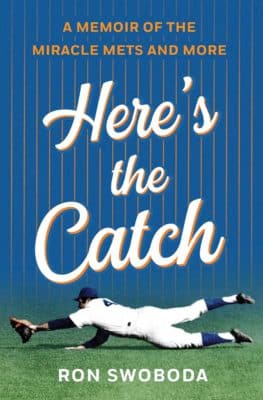 Speaking of Ron Swoboda, the right fielder wrote a memoir of his own titled Here’s the Catch: A Memoir of the Miracle Mets and More. Swoboda uses his sharp memory and strong wit to tell the story of nearly every game in the 1969 season, including the reasons he believes the Mets continued to grow stronger over time. He even recalls some of the biggest moments of his career, including the ninth inning miracle catch in Game 4 and the winning RBI that captured the title. From the memories created with his team to the details of the opponents they had to face, Swoboda gives you one of the most personal looks into the miracle in the making. 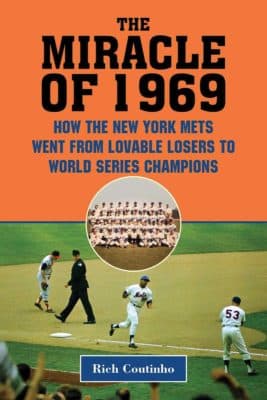 Coming out in 2020, Rich Coutinho tells the story of the Mets through his eyes when he was 9 years old and how the Mets went from the lovable losers that everyone could poke fun at to the team the country rallied around at a time of social turmoil. He looks at the 1960s-era from the first humans landing on the Moon to protests against the Vietnam War, and looks at how these events shaped the country as well as how baseball played a key role in that. Coutinho looks for people to walk away with the idea that dreaming of great things in life is not only possible—it is mandatory. 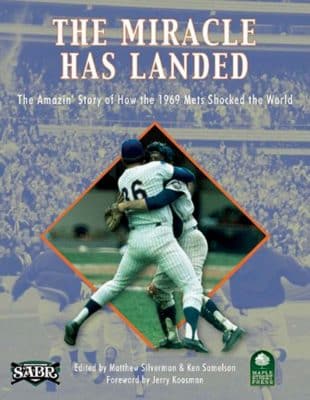 The Miracle Has Landed

The Miracle Has Landed: The Amazin’ Story of How the 1969 Mets Shocked the World is a project created by the Society for American Baseball Research (SABR). More than 30 SABR members collected photos and artifacts to include in the book, as well as profiles of every player, coach, broadcaster and important front office members. Each member of the team is given the spotlight in this fact-filled book. Unlike the other books in this collection, there is no overarching narrative to read about. This book is built to be an easy, informative read.

Consider these recommendations for upcoming talks, readings and more in and around New York City: “History of Jazz in New York City” Webinar & 78rpm...
Read more