To say Jorma Kaukonen has had an interesting life is an understatement. As a founding member of Jefferson Airplane, he went from being onstage at Woodstock to forming Hot Tuna with running buddy Jack Casady. With last year’s Ain’t in No Hurry, the Washington D.C. native proved just that by putting out his first studio outing since 2009’s River of Time. And while this latest collection finds Kaukonen dipping into a mix of co-written material and standards, he and his wife Vanessa have also kept busy with the Fur Peace Ranch, a 119-acre music and guitar camp in southeast Ohio.

A part of the generation of white blues players to emerge from the ’60s that included Paul Butterfield and Michael Bloomfield, Charlie Musselwhite is one of the few veterans still left standing. A hellacious harp player whose musical DNA includes wisps of Sonny Boy Williamson and Little Walter, Musselwhite’s style has crossed over via recording dates with Tom Waits, Bonnie Raitt and most notably, on the 1990 INXS smash “Suicide Blonde.” An avid global traveler, the Mississippi native has expanded his creative range to embrace Cuban son and spoken word while calling a number of labels home in the past few years including Peter Gabriel’s Real World imprint, Alligator, Stax and most recently indie imprint Henrietta Records, where he released last year’s I Ain’t Lyin’. The man who was reportedly Dan Aykroyd’s inspiration for the Blues Brothers will be wielding that white-hot harmonica.

Even though the former 10,000 Maniacs singer has been releasing solo albums since she left the band back in 1993, it’s only with 2014’s eponymously-named sixth studio album Natalie Merchant has released a collection of original material. Since 2001’s Motherland, Merchant has indulged her artistic side by putting out 2003’s The House Carpenter’s Daughter (an acoustic album of traditional songs and folk covers) and 2010’s Leave Your Sleep (19th and 20th century British and American poetry about childhood adapted to music.) For this tour, she’s supporting last year’s Paradise Is There: The New Tigerlily Recordings, an orchestral reinterpretation of her 1995 solo debut Tigerlily.

It wouldn’t be a stretch to call Stanley “Buckwheat” Dural Jr. the king of zydeco with Clifton Chenier having left this mortal coil some time ago. For the uninitiated, zydeco is the old-time music of the black French-speaking Creoles of southwestern Louisiana that was originally sung in Creole French and relied on the accordion, a washboard and drums. Having seen him tear it up onstage, I can attest to his potent, in-concert joie de vivre and advise any attendees venturing out to Stony Brook to keep an ear open for mean covers of the Rolling Stones’ “Beast of Burden” and Derek & The Dominos’ “Why Does Love Got To Be So Sad?” along with newer barnburners off his last studio album, 2009’s Lay Your Burden Down.

Keepers of the Texas swing and Bob Wills flame, Asleep at the Wheel continues to set up camp at the crossroads of country music and jazz. Ray Benson and his honky-tonk crew kept it up by putting out last year’s Still The King: Celebrating the Music of Bob Wills and His Texas Playboys. Chock full of guests including longtime cheerleader Willie Nelson, Amos Lee, George Strait, Lyle Lovett, Pokey LaFarge, Merle Haggard and Brad Paisley, this slice of honest-to-goodness country music not only promises to get booties shaking in a live setting, but it nailed a Grammy for Best Recording Package at this year’s ceremony.

Not unlike Joni Mitchell, Rickie Lee Jones has very much followed her own muse, trends be damned. Even though Jones started out in the late ’70s as a jazz-flavored singer-songwriter, she would later on delve more deeply into the jazz end of the pool along with a having a penchant for eclectic cover songs. In recent years, she’s continued down that same path, with last year’s completely self-penned The Other Side of Desire being her latest studio recording since 2012’s Ben Harper-produced The Devil You Know and its interpretations of more traditional artists Donovan, The Rolling Stones, Neil Young and Tim Hardin.

While Megadeth has always existed in the shadow of the aforementioned Metallica’s mega-success despite Mustaine’s roots as a founding member of that band, he’s carved out quite a niche for himself. Out in support of the band’s recently released sixteenth studio effort Dystopia, Mustaine and company are hitting the road with Suicidal Tendencies, Children of Bodom and Havok.

Billy Joel continues to keep doing things his way. While fans will continue to hope and wish for new studio material, the Long Island native has been content to get his musical jones by playing live. Since the beginning of last year, he’s been playing a residency gig at Madison Square Garden that’s found him playing once a month indefinitely. Outside of maybe seeing him around the Gold Coast or running into him taking in an elementary school concert in Glen Cove, this is your best bet to get a Piano Man fix.

It took Martin Sexton seven years to follow up his last studio album, 2000’s Wonder Bar (the artist’s second and final for a major label), but since launching his own imprint Kitchen Table Records, it hardly sounds as if a day has passed. And while last year’s Mixtape of the Open Road is his most recent studio offering, Sexton isn’t primarily known for his studio work anyway: He’s a touring machine and a live performer unlike any other in the world, combining the spiritual intensity of Jeff Buckley with the fan-archivist devotion of the Grateful Dead.

Child prodigies are a peculiar bunch in that they are rightfully more susceptible to people questioning their musical abilities due to their young age. But when 15-year-old Joss Stone came on the scene, what my ears heard was her generation’s answer to Steve Winwood—a British teen with the voice of a much older R&B singer. Three albums in, a 19-year-old Stone cut loose from her mom’s management apron strings and since then, has released a total of six albums in addition to being part of SuperHeavy, a collaboration with the Eurythmics’ Dave Stewart, Damian Marley and Indian producer/musician A.R. Rahman. Stone returned to the studio with Marley and put out last year’s Water For Your Soul, a mix of reggae, hip-hop, rock and roots music. 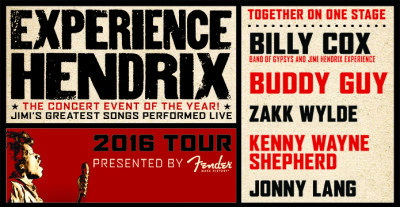 With quite an acting resume that includes stints as a Saturday Night Live cast member, roles in numerous films including Tootsie and Amadeus and a slew of cameos in sitcoms ranging from Will & Grace to Royal Pains, Christine Ebersole is first and foremost a .creature of the stage. For this show, the two-time Tony Award-winner will be serving up healthy servings of the Great American Songbook while tearing through her cabaret show “The Big Noise from Winnetka.” (Christine Ebersole will also be appearing with Michael Feinstein on March 23 at Zankel Hall, 57th St. & Seventh Avenue, NYC; 212-247-2800; www.carnegiehall.org)

Rightfully considered the Godfather of British Blues, John Mayall used his Bluesbreakers as a training ground for a myriad of legendary musicians including Eric Clapton, Peter Green, Jack Bruce, Mick Taylor, John McVie, Mick Fleetwood and Andy Fraser. So profound was Mayall’s influence that the seeds for Fleetwood Mac and Cream were inadvertently planted by the future OBE recipient. Six decades on, octogenarian Mayall continues to tour and record, with last year’s Find a Way to Care being his current studio effort and Texan Rocky Athas being his latest axe-wielding discovery.
(John Mayall will also be appearing on March 22 at The City Winery, 155 Varick St., NYC; 212-608-0555; www.citywinery.com) 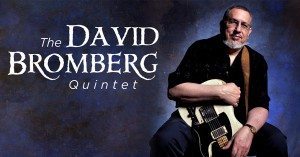 Nowadays known for being a world-renowned luthier and violin maker, multi-talented instrumentalist David Bromberg reappeared back in 2007 with Try Me One More Time, an all-acoustic solo set of blues and folk songs. While the album earned a Best Traditional Folk Album Grammy nomination, it apparently helped spark Bromberg’s return from a nearly two-decade long self-imposed hiatus from playing and recording that found him running an instrument repair shop in Wilmington, Del. The year 2013 saw the Philadelphia native’s comeback further along the path with the release of last year’s Larry Campbell-produced Only Slightly Mad, which features Bromberg mixing originals with his spin on songs by Bill Monroe, Blind Willie Johnson, Floyd Cramer and Big Bill Broonzy.