June 16
Brooklyn
Spoon @ Kings Theatre
1027 Flatbush Ave., 8 p.m. $45, $39.50, $35.
www.kingstheatre.com
Longtime critics faves, this Austin-based outfit has deservedly earned the love thanks to the solidly crafted canon they’ve created dating back to 1996. With last year’s They Want My Soul ending up on more than a few Best of 2014 lists, part of the credit can go to the band expanding to a five-piece with the addition of guitarist/keyboardist Alex Fischel. On this, the band’s eighth studio album, Spoon’s stylistic eclecticism is on full display thanks to a batch of songs that bubble over with elements of synth-flavored nuances, power-pop, honky-tonk and even some righteous funk. With The Antlers. 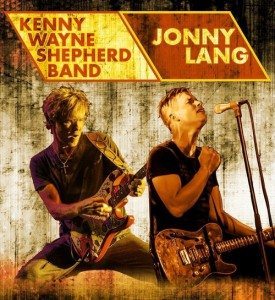 June 16
Westbury
Kenny Wayne Shepherd & Jonny Lang @ The Space at Westbury
250 Post Ave. 8 p.m. $95, $75, $55.. 800-745-3000
www.thespaceatwestbury.com
Call it the collision of guitar-playing prodigies that came about following the death of Stevie Ray Vaughan. While Shepherd is 38 and traces his roots to Louisiana, tourmate Jonny Lang came out of the hinterlands of North Dakota with his debut Smokin’ when he was barely 14 and is now 34. Both have carved out substantial solo careers with Shepherd releasing Goin’ Home last year and Lang last having recorded by way of 2013’s Fight For My Soul.

June 16
NYC
Gary U.S. Bonds @ B.B. King Blues Club and Grill
237 West 42nd St. 8 p.m. $25 adv. $30 DOS. 212-997-4144
www.bbkingblues.com
This ’60s pop icon whose hits “Quarter to Three” and “New Orleans” not only influenced Bruce Springsteen profoundly, but led to the Boss producing an early ‘80s comeback that yielded further chart gold in the shape of “This Little Girl,” “Jole Blon” and “Out of Work.” Still recording on his own when he’s not hitting the links and playing celebrity PGA Tours, the Long Island resident will be belatedly celebrating his 76th birthday as of June 6. With Jersey Shore girls Lorenza Ponce, Jillian Rhys, Christine Martucci, Lisa Bouchelle & Layonne Holmes plus surprise guests.

June 16 & 17
Huntington
Slayer @ The Paramount
370 New York Ave. 9 p.m. $108.75, $60.75. 631-673-7300
www.theparamountny.com
As one of the Big Three ‘80s thrash outfits (the other three being Metallica, Megadeth and Anthrax), Slayer has created quite the legacy in the annals of hard rock and heavy metal replete with allusions to Satanism, Nazism and white supremacy (all vicious rumors). Early on, Def Jam co-founder Rick Rubin was a supporter and 10 studio albums later, Slayer is getting ready to release Repentless on Sept. 11, six years after its last foray into the studio and first since the death of Jeff Hanneman. 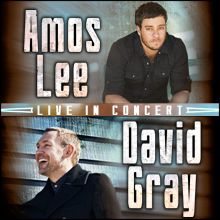 June 17
NYC
David Gray & Amos Lee @ Radio City Music Hall
1260 Sixth Ave., 8 p.m. $85. $75, $55, $45. 866-858-0008
www.radiocity.com
David Gray has always been a square peg in the singer-songwriter template, choosing to tweak his confessional sound samplers and the odd drum loop dating back to his crossover smash “Babylon.” In the process, Gray has opened for Radiohead and worked with Bjork producer Marius de Vries and is currently out in support of last year’s Mutineers. Like peer Norah Jones, Amos Lee crafts a similar kind of neo-folk friendly fare, leaning more towards rhythm-and-blues versus Jones’ jazz and country base. (Of course, having Jones ex-paramour/current bassist Lee Alexander produce Lee’s self-titled 2005 debut only furthered the comparisons). With his latest album, 2013’s Mountains of Song, Rivers of Song, the Philadelphia native used his touring band for the first time in the studio, stopping long enough to work with special guests Patty Griffin and Alison Krauss. 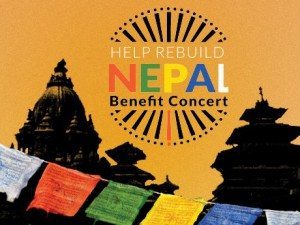 June 17
NYC
Help Rebuild Nepal Benefit Concert @ The City Winery
155 Varick St., 7:30 p.m. $55, $50, $45, $40. 212-608-0555
www.citywinery.com
Having raised more than $200,000 to help victims of past natural disasters including Hurricane Sandy, the 2010 Haiti earthquake and the 2011 Japanese tsunami, City Winery is once again going to the mat to help the people of Nepal. This is the second go-round as a recent May 17 show raised more than $21,000. This time around, the Help Rebuild Nepal Benefit Concert will feature Angélique Kidjo, Marc Roberge of O.A.R., Joan Osborne, Bettye LaVette, Lucy Wainwright Roche & Suzzy Roche. Managed by RPM & CDP, donations to this fund are granted to fully-vetted organizations working on-the-ground in affected communities—before, during and long after the disaster. These groups are often best positioned to lead the rebuilding. Impact reports will be provided so you can see what your efforts accomplished. For more information, please visit http://revolutionsperminute.net/strategies/when-disaster-strikes/.

June 17
Brooklyn
Barry Manilow @ Barclays Center
620 Atlantic Ave. 7:30 p.m. $283.90, $150.20, $93.55, $28.20. 917-618-6700
www.barclayscenter.com
The quintessential guilty pleasure, Barry Manilow may be the kind of innocuous talent who’s not only a favorite of Jewish grandmothers anywhere, but a mainstay of morning talk shows (even if Elizabeth Hasselback’s conservative perspectives caused him to beg off The View in recent years). Having played a 2-year residency at Las Vegas’ Paris Hotel in recent years, Manilow has been back out on the road and in the studio. His most recent effort was last October’s My Dream Duets, which features the Manilow-meister going into the studio with recordings of a string of deceased vocalists including Marilyn Monroe, Whitney Houston, Louis Armstrong, Judy Garland, John Denver and Dusty Springfield. On a local note, his Manilow Music Foundation recently donated a piano to the Uniondale School District during the show. To find out more out that story, please click here.

June 17
Prospect Park
Damien Rice @ Celebrate Brooklyn @ the Prospect Park Bandshell
Prospect Park W. @ Ninth St., 7:30 p.m. $48. 800-745-3000
www.bricartsmedia.org
There are few artists today who can channel gut-bucket emotional anguish like Damien Rice. And while there are those who admire this kind of emotional outpouring, I fall in the camp of people who would rather sup on smaller doses. Rice’s current album, last year’s My Favourite Faded Fantasy (only his third in a dozen years) was helmed by uber-producer Rick Rubin and clocks in at around 50 minutes. Airy, acoustic and emotionally deep, these eight songs are sure to appeal to fans of solo Thom Yorke, Nick Drake and Jeff Buckley. With Josh Ritter.

June 17 & 18
NYC
Ginger Baker @ B.B. King Blues Club and Grill
237 West 42nd St. 8 p.m. $42.50 adv. $50 DOS. 212-997-4144
www.bbkingblues.com
Fans of Cream best not come see the band’s legendary timekeeper as this is going to be an all-jazz affair, thank you very much. In recent years, Baker has been the subject of the 2012 documentary Beware of Mr. Baker and has given a number of interviews with fairly scathing opinions on topics ranging from his absolute loathing of heavy metal and hard rock to dismissing John Bonham’s talents (“Bonham had technique but he couldn’t swing a sack of s***.”) Baker will be appearing in a combo rounded out by Pee Wee Ellis, Alec Dankworth and Abass Dodoo. Part of the Blue Note Jazz Festival.

June 18
Westhampton Beach
Milo Greene @ Westhampton Beach Performing Arts Center
76 Main St., 8 p.m. $25. 631- 288-1500
www.whbpac.org
Hailing from Northern California, Milo Greene is made up of a quartet of indie-pop singer/songwriter/instrumentalists. Two albums in, the foursome have melded elements of Afro-pop, blues, folk, R&B and synth-kissed nuances reminiscent of artists like Vampire Weekend, xx and Fleet Foxes. Hot on the heels of its sophomore bow Control, Milo Greene will be trotting out the kind of rich four-part harmonies and sing-along choruses over thumping drum grooves that have found them playing an array of festivals including Lollapalooza, Bonnaroo, and Outside Lands.

June 18
Huntington
Melissa Etheridge @ The Paramount
370 New York Ave. 8 p.m. $114.25, $65.25. 631-673-7300
www.theparamountny.com
With the coming and going of the obvious marketing ploy that was the women in rock movement of the last decade, Melissa Etheridge is one of those few, genuine women who, uh, rock. Arguments can be made for names like Sheryl Crow (more of a soft rock-flavored singer-songwriter) and Bonnie Raitt (who plays the blues like few others, male or female), but Etheridge is the closest to a heartland rocker along the lines of a Mellencamp or Petty. And with her coming out with 2012’s semi-autobiographical 4th Street Feeling, which was named for the main drag in her Leavenworth hometown, and This is M.E., her twelfth studio album that was released last year, expect the now-healthy Kansas native to come out firing on all pistons.

June 18
Bay Shore
Ruthie Foster @ the YMCA Boulton Center for the Performing Arts
37 W. Main St. 8 p.m. $45, $40. 631-969-1101
www.boultoncenter.org
It takes real cojones to call one of your albums The Phenomenal Ruthie Foster, but this Texas singer-songwriter has more than enough in her musical arsenal to live up to this recording’s title when she released this album of the same name back in 2008. Drawing from blues, gospel and folk roots, Ruthie Foster combines a soulful singing style with equally formidable chops on guitar and electric piano that allows her to go from Son House field hollers and Sister Rosetta Tharpe nuggets to turning Maya Angelou’s “Phenomenal Woman” into a late ‘60s Aretha Franklin outtake. Six years and two studio albums later, Foster continues to weave that same magic, not only in touring with fellow blues-inspired iconoclast Eric Bibb, but landing a musical cameo on the late lamented NBC dystopian drama Revolution.