February 23
Huntington
Adam Lambert @ The Paramount
370 New York Ave. 8 p.m. $85, $75, $65, $40, $35. 631-673-7300
www.theparamountny.com
Controversy, thy name is Adam Lambert. After being the runner-up to Kris Allen in season eight of American Idol, Lambert became the first openly gay mainstream pop artist to release a debut on a major label by way of 2009’s, For Your Entertainment. Since then, Lambert joined forces with Brian May and Roger Taylor as Queen + Adam Lambert for a few years. (Queen bassist John Deacon has declined to participate since retiring back in 1997). Lambert has continued to be a LGBT advocate and on the recording front, reteamed with Swedish pop masterminds Max Martin and Shellback for last year’s The Original High. With Alex Newell. 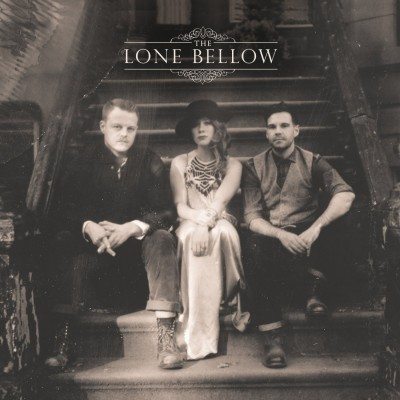 February 26
Bay Shore
The Lone Bellow @ the YMCA Boulton Center for the Performing Arts
37 W. Main St. 8 p.m. $45, $40. 631-969-1101
www.boultoncenter.org
One of the more impressive acts to emerge from the hipster environs of Brooklyn is the Lone Bellow. The alt-country threesome made a decent splash thanks to its 2013 self-titled debut. These 11 songs served as an outlet for guitar playing singer-songwriter Zach Williams, whose life had been rocked by an accident his wife had that left her temporarily paralyzed from the neck down. While she’s thankfully recovered, the emotional fragility of the experience found Williams penning gems like “Two Sides of Lonely,” “You Never Need Nobody” and “Tree to Grow.” The trio is back with its sophomore bow Then Came the Morning, which dropped back in January of last year.

February 25 and 27
NYC
Black Sabbath @ Madison Square Garden
4 Pennsylvania Plaza. 7:30 p.m. $149.50, $95, $65. 212-707-3131
www.thegarden.com
It only took 35 years before Ozzy Osbourne finally reunited with Tony Iommi and Geezer Butler (drummer Bill Ward was bounced over contractual differences and Rage Against the Machine’s Brad Wilk was recruited in his stead) to record a Black Sabbath album, 2014’s 13, the first since 1978’s Never Say Die! Now the Sabs are getting riding off into the sunset during this tour that’s been appropriately dubbed The End. It’s a once in a lifetime chance at seeing one of rock and roll’s most seminal bands in one of the world’s most iconic arenas.

March 3
NYC
The Who @ Madison Square Garden
4 Pennsylvania Plaza. 8 p.m. $154.50, $92.50, $62.50, $49.50. 212-707-3131
www.thegarden.com
Many fans feel The Who should have packed it in after wildman drummer Keith Moon died from a prescription drug overdose in 1977 and was subsequently replaced by Small Faces/Faces timekeeper Kenney Jones. After recording It’s Hard with Jones, Pete Townshend declared the band would embark on a farewell tour before becoming a studio-only entity. By the end of ’83, Townshend quit the band entirely. In that time, The Who reunited for Live Aid in 1985, staged a Kids Are Alright 25th Anniversary Tour in 1989, performed Quadrophenia for a mid-‘90s tour and most recently played halftime at Super Bowl XLIV. So here we are for the group (now founding members Townshend and frontman Roger Daltrey adeptly rounded out by bassist Pino Palladino and drummer Zak Starkey) touring behind The Who Hits 50! By all accounts, The Who are hitting on all cylinders and have promised to pack it in when the band cannot put on a quality show. The group’s swing through the area last year found them taking attendees through a tightly played walk The Who’s storied canon.