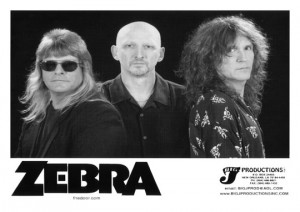 April 9
Westbury
Zebra @ NYCB Theatre @ Westbury
960 Brush Hollow Rd., 8 p.m. $52.50. 877-598-8497
www.livenation.com
Thirty-plus years into it, Zebra has continued playing and serving a rabid regional fan base. Despite the fact that the band’s 1983 self-titled outing was the fastest selling debut in Atlantic Records history, the trio of Randy Jackson (no, not the guy from American Idol), Felix Hanemann and Guy Gelso never managed to have its blend of Zeppelin-flavored might and Beatlesque sense of harmony translate to national commercial success. Overlooked or not, going to see Zebra in concert has nevertheless become a Long Island rite of passage thanks to the musical talents of this trio, one of the most potent live acts to be associated with this region. What will make this show more special is the fact that the band will be celebrating its 40th anniversary. With the Mystic.

April 10
Riverhead
Joan Osborne @ Suffolk Theater
118 E. Main St. 8 p.m. $49. 631-627-4343
www.suffolktheater.com
Even though 2012’s Bring It On Home was Joan Osborne’s last studio outing, she’s most recently kept busy as a member of Trigger Hippy alongside Black Crowes drummer Steve Gorman and roots-rock singer-songwriter Jackie Greene. Osborne finally returned to the studio and as such, the curvy southern siren is out in support of last year’s Love and Hate, a collection of songs inspired by the vagaries of amor. She’ll be playing Riverhead as part of an acoustic duo with Keith Cotton.

April 11
NYC
Sufjan Stevens @ the Beacon Theatre
74th Street & Broadway. 8 p.m. $45. 866-858-0008
www.beacontheatre.com
To say that Sufjan Stevens marches to the beat of his own drum is an understatement. His creative meanderings have led to his attempt of using all 50 states as inspirations for their own albums (he only got as far as home state Michigan and Illinois), recorded a Brooklyn Academy of Music-commissioned programmatic tone poem for the Brooklyn-Queens Expressway (The BQE), cut a collection of sacred and biblical songs (Seven Swans) and banged out two Christmas box sets. Stevens’ latest, Carrie & Lowell, finds the multi-instrumentalist using the 2012 death of his mother, Carrie, and the family trips they took to Oregon during his childhood for inspiration. The album title also references his stepfather. 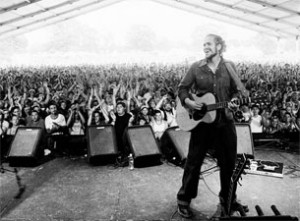 April 11
Huntington
Citizen Cope @ The Paramount
370 New York Ave. 8 p.m. $83, $55.75, $50.75, $37.25. 631-673-7300
www.theparamountny.com
Drawing from a broad range of influences including Bob Marley, Woody Guthrie and Otis Redding, the former Basehead member Citizen Cope (aka Clarence Greenwood), rides a tasty flow guaranteed to get heads bobbing and toes tapping by way of the rich canon drawn from his criminally underrated, 2002 self-titled debut, up through his latest, 2012’s One Lovely Day. For this tour, Cope will be performing an intimate solo performance.

April 11
NYC
Cassandra Wilson @ the Apollo Theater
253 W. 125th St. 8 p.m. $78.50, $63.50, $48.50. 212-531-5305.
www.apollotheater.com
As that rare jazz artist who manages to explore the realms of pop music without coming off sounding like elevator music (are you listening Kenny G?), Cassandra Wilson is that rare artist who can give gravitas to The Monkees’ “Last Train to Clarksville” without a scintilla of irony. For her new album Coming Forth By Day, Wilson delves into the Billie Holiday canon and wound up releasing it on what would have been Lady Day’s 100th birthday. With Holiday having been added to The Apollo’s Walk of Fame, the Mississippi-born vocalist seals the deal by performing at this Harlem institution with a combo rounded out by violinist Charlie Burnham, woodwind player Robby Marshall, guitarist Kevin Breit, pianist John Cowherd, bassist Lonnie Plaxico and drummer John Davis.

April 11
NYC
Jesse Malin @ Bowery Ballroom
6 Delancey St., 9 p.m. $20. 866-858-0008
www.boweryballroom.com
Throughout his career, Jesse Malin has been successfully straddling his past as frontman for Lower East Side neo-punks D Generation and his reinvention as a populist bard in the vein of Bruce Springsteen and Steve Earle. His latest album, New York Before the War, perfectly reflects this dichotomy as he balances low-key numbers like “The Dreamers” and “She So Dangerous” with more upbeat fare like “Oh Sheena” and “Turn Up the Mains.” With Steve Wynn & the Miracle Three and Trapper Schoepp.

April 11
Westhampton Beach
Joan Armatrading @ Westhampton Beach Performing Arts Center
76 Main St., 8 p.m. $95, $85, $70. 631- 288-1500
www.whbpac.org
Musical wanderlust has always been at the heart of Joan Armatrading’s craft. Whether it was her ’70s-era mix of jazz, folk and reggae that yielded songs like “Love and Affection” and “Down To Zero,” or the more rock-based sound of early-’80s radio hits like “(I Love It When You) Call Me Names.” Making this show all the more special is the fact that Armatrading announced on her website back in October that this would be her last major tour and her first solo tour of intimate dates.

April 11
Brooklyn
Fantasia @ Kings Theatre
1027 Flatbush Ave., 9 p.m. $147.20, $120.55, $108.80, $86.30. 929-210-8419
ww.kingstheatre.com
Only 19 when she won American Idol back in 2004, Fantasia Barrino has been part of that rare crop of participants from this reality talent show to establish a solo career for herself. She’s won a Grammy, appeared on Broadway, been inducted into the North Carolina Music Hall of Fame and even been dubbed Baby Patti Labelle by Labelle herself. Currently working on her fifth studio album, Barrino is taking time out to tour and give the world a dose of a sound she’s been calling rock soul. With Tessanne Chin.

April 11
Patchogue
Dominic Chianese @ The Patchogue Theatre for the Performing Arts
71 E. Main St. 7 p.m. $58, $48, $38, $28. 631-207-1313.
ww.patchoguetheatre.com
Best known as crime boss Uncle Junior in The Sopranos, Dominic Chianese’s resume not only includes roles in … And Justice For All and All the President’s Men, but as a musician who got his start in an early ‘50s Gilbert & Sullivan repertory company. He once again returns to this venue with guitarists Marc Vincent Sica and Mark Pelliccio to perform a program where he’ll weave in anecdotes about growing up in the Bronx and his five-decade film, stage and television career while serving up a mix of popular Italian and American folk songs.

April 12
Brooklyn
Stevie Wonder @ Barclays Center
620 Atlantic Ave. 7:30 p.m. $188.75, $114.75, $91.80, $59.65. 917-618-6700
www.barclayscenter.com
Stevie Wonder sightings have been few and far between in recent years, especially given the fact that his last foray into the studio yielded 2005’s A Time to Love. Rumors abound that a pair of albums produced by uber-slick producer David Foster might see the light of day before year’s end. But in the meantime, Wonder will be pulling into Brooklyn. Early reports are that he’ll be revisiting his classic 1976 outing Songs in the Key of Life, which he’ll be performing in its entirety along with a number of other hits from his deep canon.

April 12 & 13
NYC
Alice Smith @ Bowery Ballroom
6 Delancey St., 9 p.m. $25 adv. $30 DOS. 866-858-0008
www.boweryballroom.com
In the near decade since Alice Smith released her 2006 debut, she’s achieved quite a number of milestones. Not only was she nominated for a 2008 Best Urban/Alternative Grammy, but Smith wound up touring with Lenny Kravitz and performing on the Ellen DeGeneres Show, The Late Late Show with Craig Ferguson and Jimmy Kimmel Live over the years. In addition to playing Barack Obama’s initial Inauguration in her D.C. hometown, Smith has spent the years dipping into a broad palette of influences that includes Nina Simone, Barbra Streisand and Patti LaBelle, all of which bubbles up throughout her small canon up to and including her last album, 2013’s She.

April 14
NYC
The Nuclears @ Mercury Lounge
217 E. Houston St. 9:15 p.m. $10 adv. $12 DOS. 212-260-4700
www.mercuryloungenyc.com
If Thin Lizzy were a garage rock band and wound up having a baby with the New York Dolls with Alice Cooper and The MC5 serving as midwives, you’re close to imaging what you get when you go check out The Nuclears. If there’s a new rock and roll scene starting up in the five boroughs, it’ll be because of bands like The Nuclears and Von Voigt taking a seat at the table. Here’s a chance to get to see that evolution first-hand. With The Compulsions and Ten Ton Mojo.