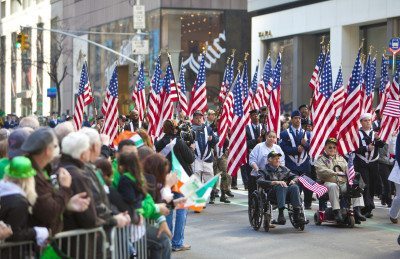 You see it marked on your calendar just three weeks before the Fourth of July, but do you know the real significance of Flag Day? Before you begin the warm weather celebrations this June 14, there’s a few things to know about the history of the national holiday.

Flag Day, also known as Flag Birthday, is believed to have originated in a public school in Waubeka, WI, in 1885, when teacher Bernard J. Cingrand planned for his students to observe the 108th anniversary of the official adoption of the Stars and Stripes in 1777 under the Second Continental Congress. From then on, Cingrand continued to advocate patriotism and respect for the flag and nation as a whole.

By 1889, a kindergarten teacher in New York arranged a similar ceremony, and the idea to honor Flag Day was shortly adopted by the State Board of Education of New York. On June 14, 1891, a Flag Day celebration was held in Philadelphia at the Betsy Ross House, and then at the New York Society of the Sons of the Revolution the following year.

Within the next five years, Flag Day was endorsed by several groups and leaders across Pennsylvania and New York, and schools from various states continued to hold ceremonies that involved waving flags and singing patriotic songs.

On May 30, 1916, Flag Day was established under the Proclamation of President Woodrow Wilson. American citizens celebrated the day in the years following, but it wasn’t until Aug. 3, 1949 that President Harry S. Truman signed an official Act of Congress designating June 14 as National Flag Day.

Today, Flag Day is a representation of the independence and unity of the United States of America and is dedicated to commemorating the flag’s adoption. Though it is not as widely celebrated as other national holidays, many citizens do continue to honor the day through parades, ceremonies, barbecues and most importantly, proudly bearing the red, white and blue flag that has been the symbol of the nation for more than two centuries.