Centers for Disease Control and Prevention (CDC) and public health officials in several states are investigating a multistate outbreak of multidrug-resistant Campylobacter jejuni infections linked to puppies purchased from pet stores. Thus far, 30 people have been infected with the outbreak strain of Campylobacter jejuni, with four hospitalizations reported.

Epidemiologic and laboratory evidence indicate that contact with puppies, especially those at pet stores, is the likely source of the outbreak.

“This Campylobacter jejuni strain is very rare. Campylobacter is a really common cause of diarrhea in the United States; it causes about 1.5 million cases [each year],” said Cindy Friedman, MD, lead investigator of the outbreak with the CDC. “This strain is multidrug resistant and we see this strain less than 1 percent of the time.”

Among the 24 people interviewed, half were linked to Petland, a national pet store chain, and five were Petland employees. There are no Petland stores on Long Island and no New York infections have been reported thus far. However, on Dec. 18, the Nassau County SPCA seized nine puppies outside of Hicksville pet store Shake A Paw and all puppies tested positive for one or more contagious diseases. Some displayed signs of airway infections and pneumonia.

Puppy Mill Free Long Island, an organization that has vocally supported the “adopt, don’t shop” movement, has come out against Shake A Paw, as well as Nassau County SPCA Board President Gary Rogers, who seeks donations to care for the seized puppies. 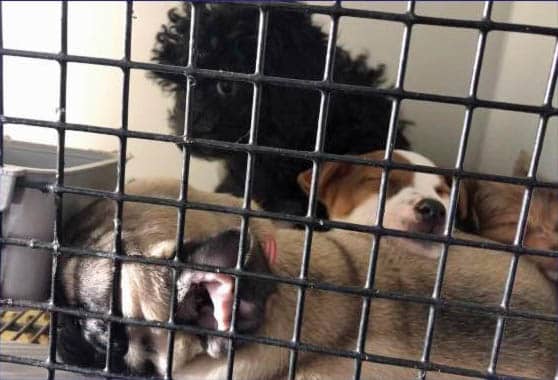 “The findings of the horrific health conditions of the animals seized solidifies everything Puppy Mill Free Long Island has been saying and we implore Mr. Rogers, instead of raising funds, to approach the Nassau County Legislatures along with Senator Anna Kaplan asking her to vote aye to S.4234/A.6298, which would prohibit the sale of dogs, cats and rabbits in pet stores across the state of New York,” said a spokesperson for Puppy Mill Free Long Island. “Shake A Paw Hicksville operates in her district.”

It is not clear at this time if the Campylobacter outbreak is related to the illness of the Shake A Paw puppies.

“We had a similar outbreak between 2016 and 2018 and [during] that outbreak there were some cases from New York,” Friedman said, referring to a previous outbreak in which a total of 113 people were confirmed to have infections or symptoms consistent with Campylobacter. “In this outbreak, we are just at the beginning now. It’s an ongoing investigation.” 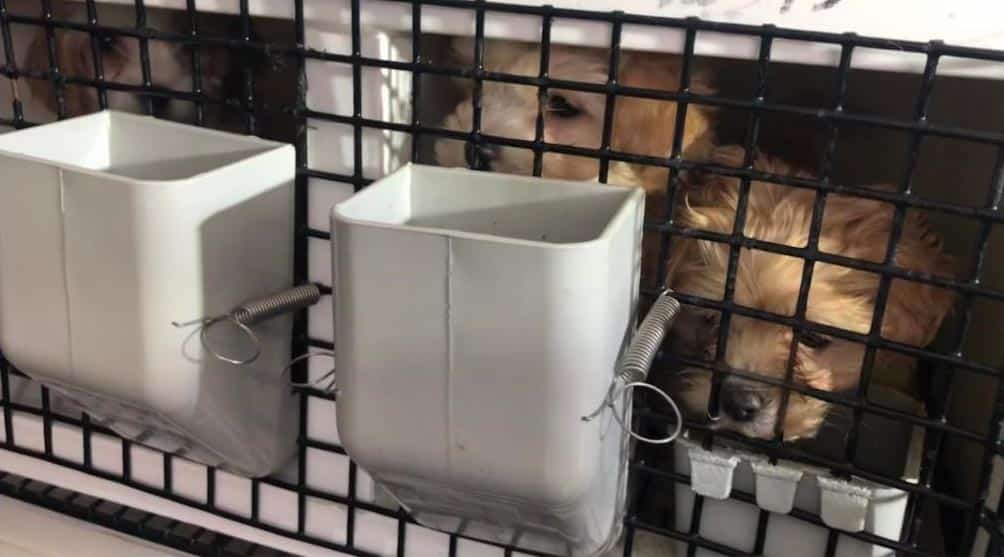 Since it is a time of year that many people may be adding a new puppy or a new dog to their family, Friedman offers suggestions to prevent illness.

“It’s always good to remember that even if the puppy or dog looks healthy, they can carry germs that can make people sick,” she said. “The main message is to practice hand-washing when handling your dog, and even after you feed the dog or give the dog treats. If a new puppy has a lot of accidents and you clean up after it, make sure you wash your hands afterwards.”

She added that adults should supervise young children when they wash their hands and that new pet owners should always make a veterinary appointment when they first bring the animal home.

“This is a really basic prevention strategy,” Friedman said, and added that handwashing will prevent a number of zoonotic infections, meaning infections that can be transmitted from animals to humans.

Symptoms of Campylobacter include diarrhea (often bloody), fever and stomach cramps for two to five days after being exposed to the bacteria. The illness usually lasts about seven to 10 days.

“Most people can recover fine without antibiotics,” she said, recommending fluids and rest. “But for certain groups, like elderly patients, people with immune compromising conditions, weakened immune systems like AIDS or people getting chemotherapy, they will need antibiotics most likely.”

In these cases, it is important antibiotics are available for treatment. A CDC report published in September 2018 found that 95 percent of dogs examined by the agency at 20 pet stores across the U.S. had received at least one course of antibiotics. When antibiotics are used as a preventative measure instead of to treat a specific illness, antibiotic resistance becomes more prevalent.

“It’s very concerning that this strain is resistant to all first-line antibiotics that are recommended to treat Campylobacter,” she said and referenced the previous outbreak when some ICU patients required an antibiotic not often used to treat this type of infection. “It’s a small number of patients, but it’s still a concern to clinicians. And we do have a limited supply of antibiotics, so antibiotic resistance, it’s been in the news and it’s very concerning.”

The CDC doesn’t want to see this strain spread further. The agency is trying to contain the problem by communicating with pet owners, pet store workers, the pet store companies implicated and the pet industry itself.

“We work with those groups to try and recommend strategies to reduce inappropriate antibiotic use, to [work toward] prevention and proper cleaning…and encouraging them to look further to the source of these puppies,” Friedman said.

The ASPCA states on its website, “Commercial breeding facilities tend to be filthy, unhealthy environments. Worse, puppies born there receive little to no vet care, leaving them susceptible to illness and disease.”

“At Petland, as at most pet stores that sell dogs, puppies are supplied by commercial dog-breeding facilities who are incentivized to produce the most puppies at the lowest cost. Dogs in these facilities live in small, dirty cages, with poor health care and no meaningful opportunity for exercise or play,” said Kevin O’Neill, vice president of state affairs for the ASPCA. “Pet stores profit from passing off sick puppy mill puppies as healthy, well-cared for pets from high-quality sources, so it’s not surprising that puppies produced in such deplorable conditions, trucked across the country, caged with other fragile, sick animals, and handled by hundreds of people can harbor and spread diseases.”

The investigation is ongoing. The CDC will provide updates when more information is available.